Todays edition features a really nice early to mid 60's Cinelli Super Corsa (S.C.). The shop has owned this bike for 10 plus years. Usually it has hung in the office behind me, but it now resides on a rack space out of sight. It is a superb competition machine that looks quite unassuming to the average eye. However, one look at the details reveal its pedigree.
It is has also been a bit difficult in dating it because some details are inconsistent with the time line. The frame is pre 1968 because of the fact that there are no holes in the head lugs, it also has fender eyelets which were removed from production in the early 70's. There are no holes in the fork reinforcements (tangs) also which happened in the early 70's. The bottom bracket shell also has an oil port, which disappeared in the mid 60's. The enameled brass head badge is 51mm tall, which were used between 1958-1971.T he distinctive fully sloping fork crown is seen in Ron Kitching's 1963 catalog. It also has the older two bolt Seat binder attachment as opposed to the later three piece design which appeared in 1972. There are also no brazed on cable guides or stops except for the rear derailleur housing stop. All that is consistent, but then there is the serial number: 3019, which puts it in the 1970's. I have been told that Cinelli serial numbers can be all over the place, so I am concluding that it resides in the early to mid 1960's.
Some of the components are pretty cool as well. It is equipped with first generation Campagnolo Record brakes without logos which were introduced in 1968. It has a 144 BCD Campagnolo Record crank set without a date code. The 144 BCD was introduced in 1967, replacing the 151 BCD. It is equipped with the alloy Campagnolo derailleurs, which were introduced in 1967. The rear derailleur only is stamped "patent", no year. The front derailleur does not have the lip that the C.P.SC. demanded in the late 70's. Also, no circlip holding the arms on, pressure fit. Also of note is the steel Cinelli headset spacer, they are quite rare these days and this one is in great shape. Usually they were discarded by mechanics, so few survive.
I also like that the bike has no decals, very non-descript, and lets not forget the classic Cinelli silver paint, a personal favorite of mine. So there you have it, the epitome of classic Italian racing in great original condition, enjoy! 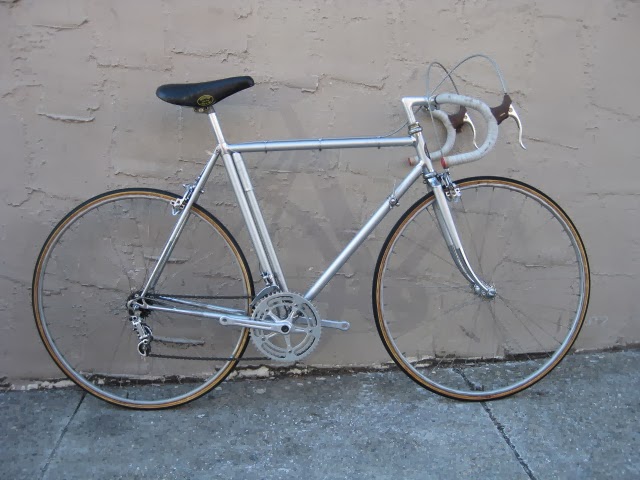 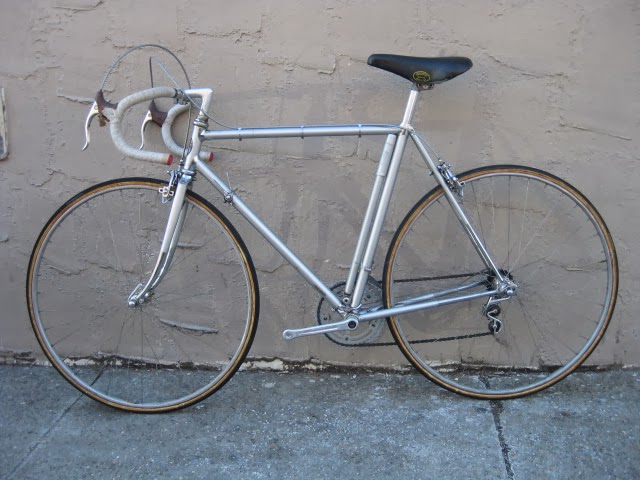 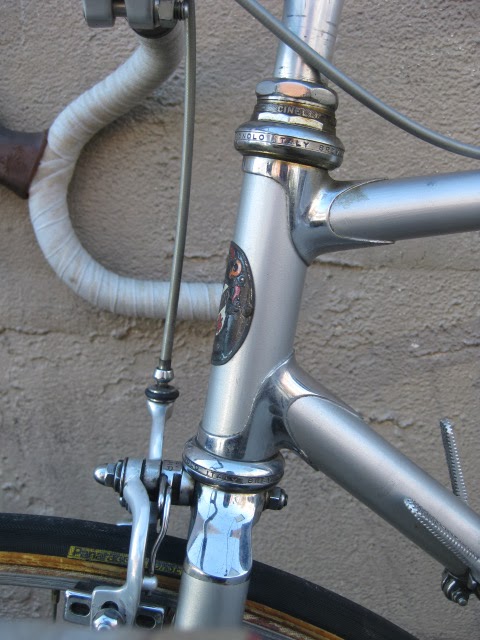 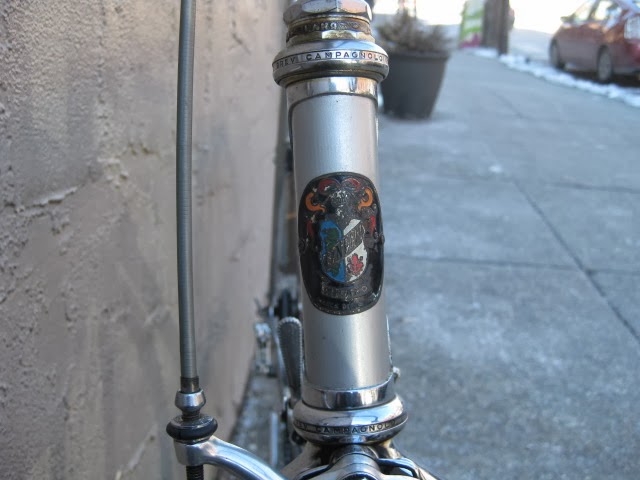 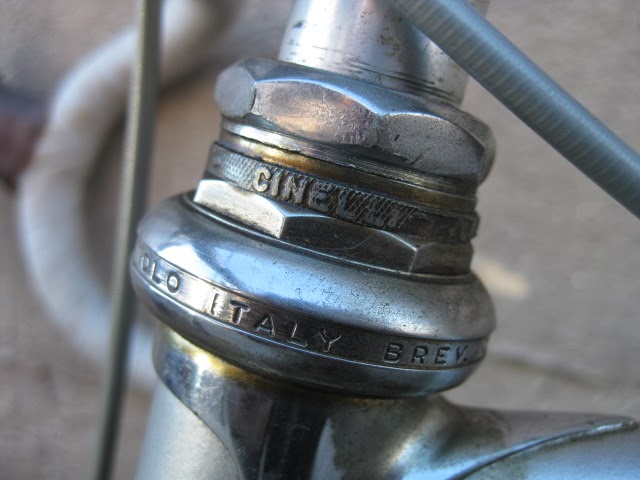 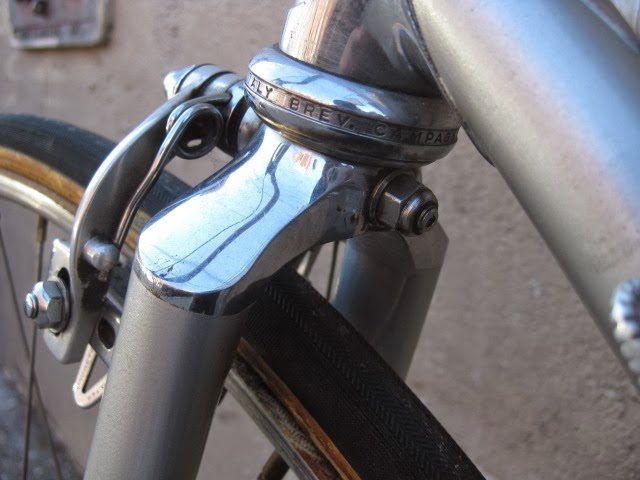 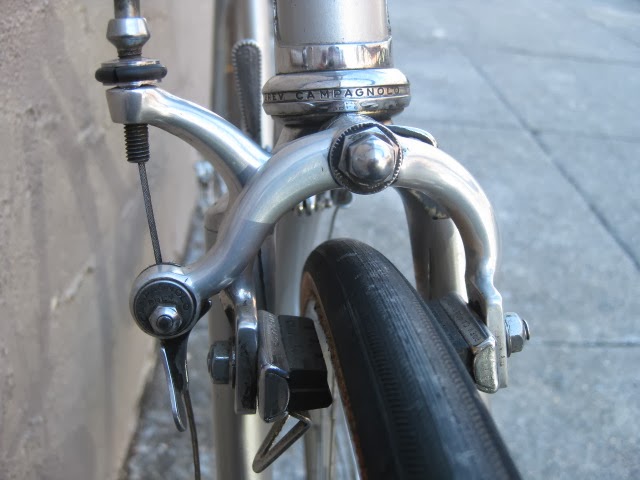 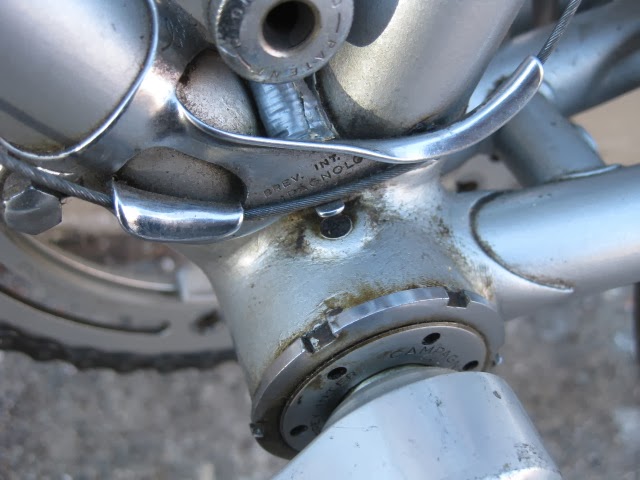 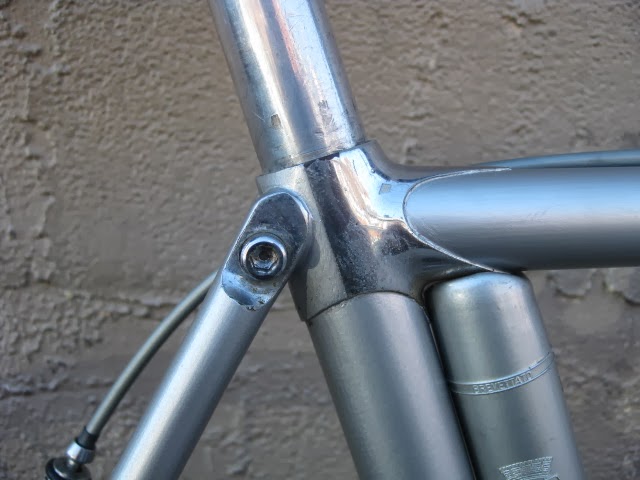 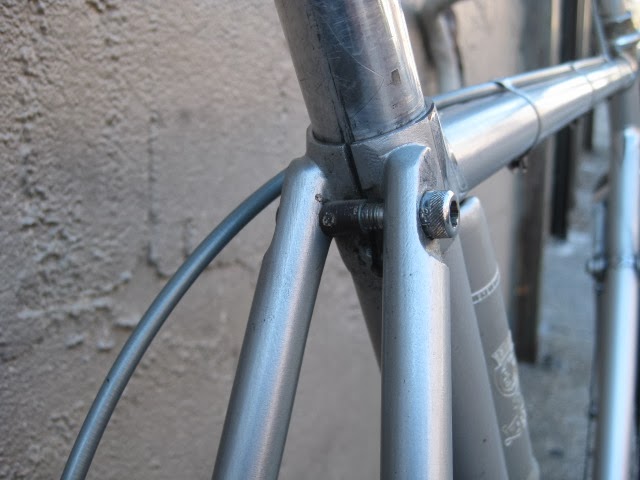 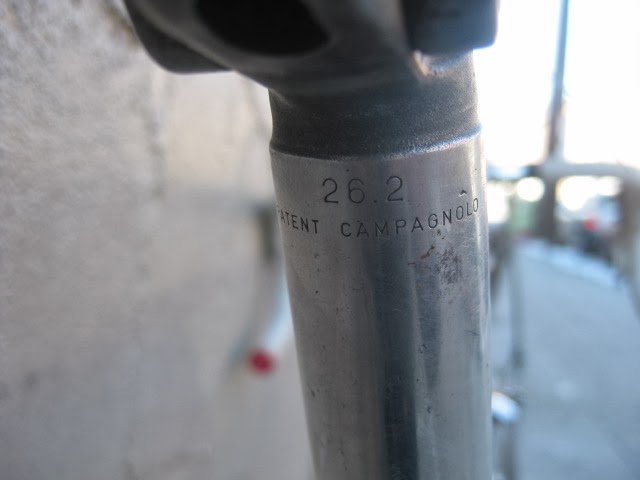 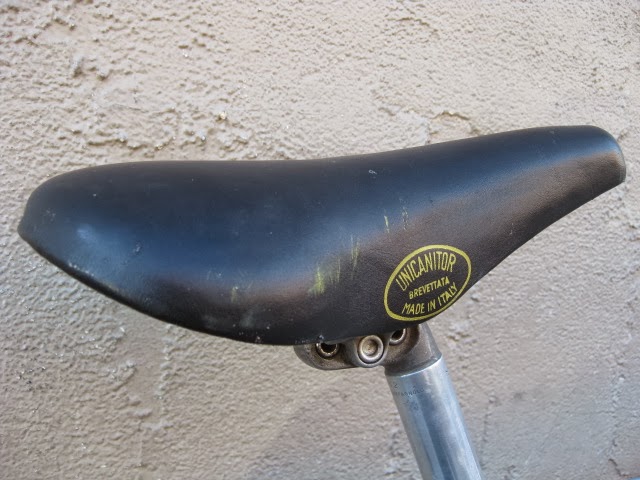 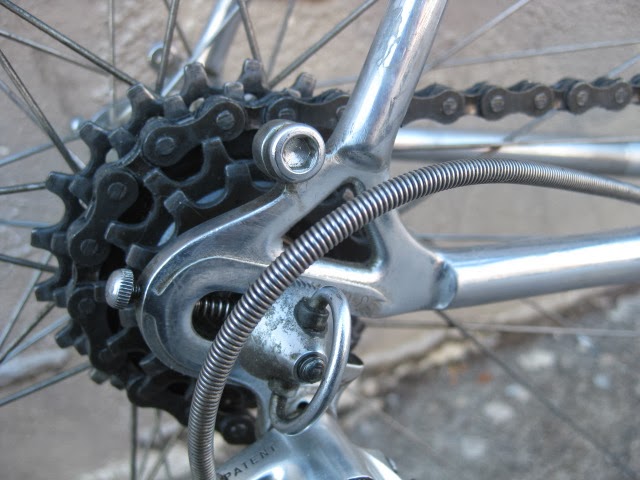 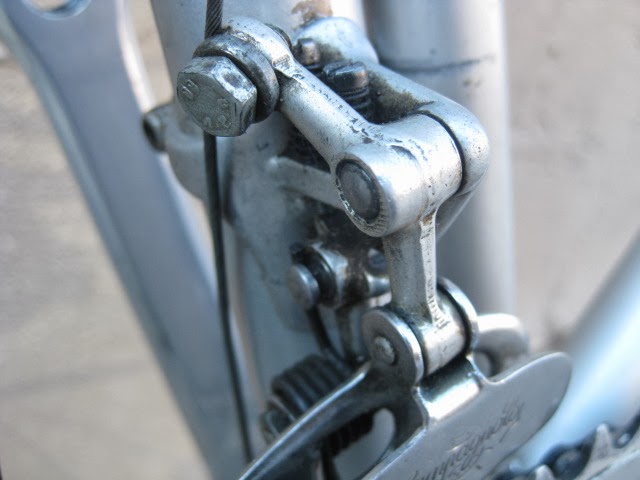 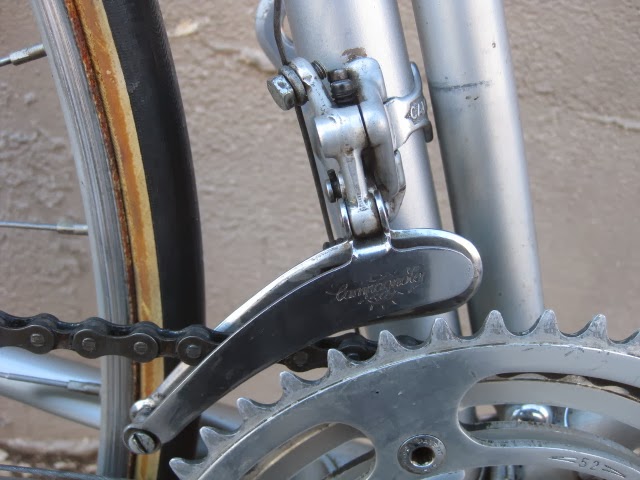 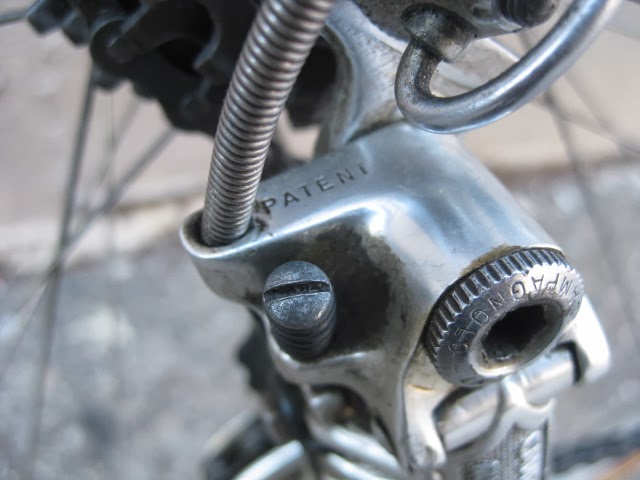 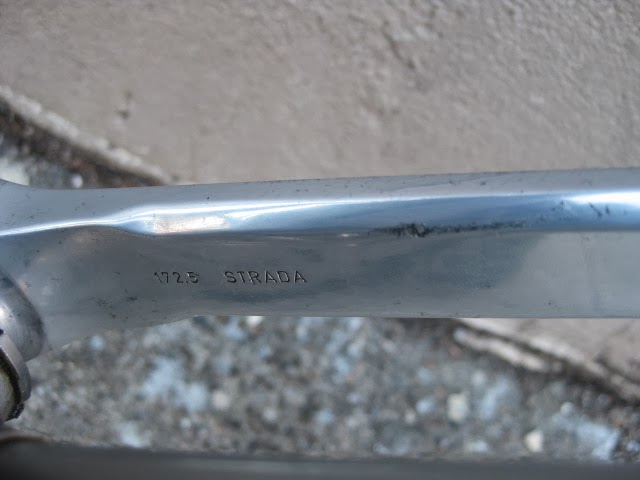 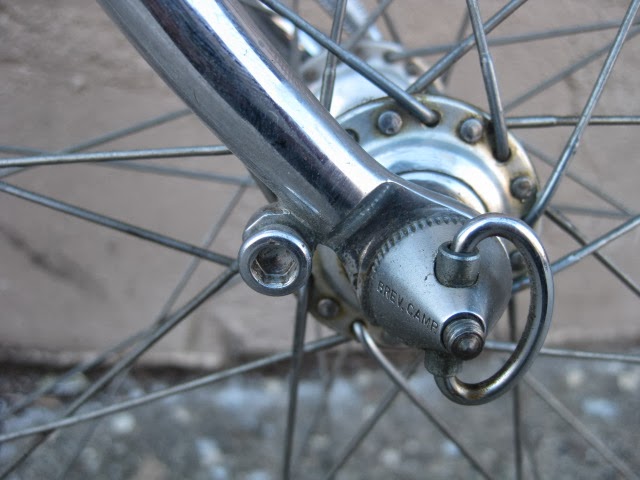 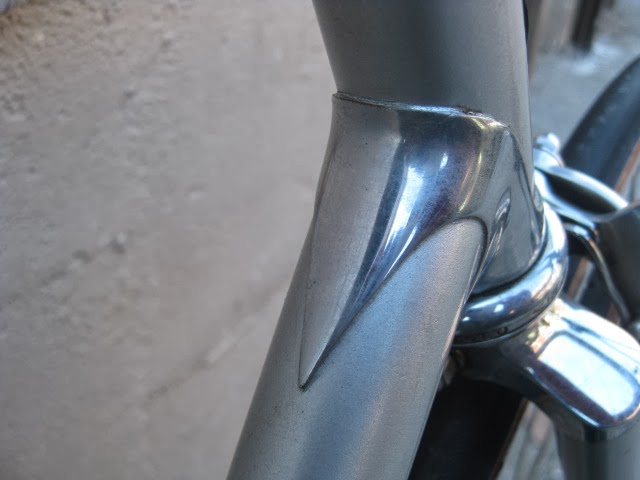 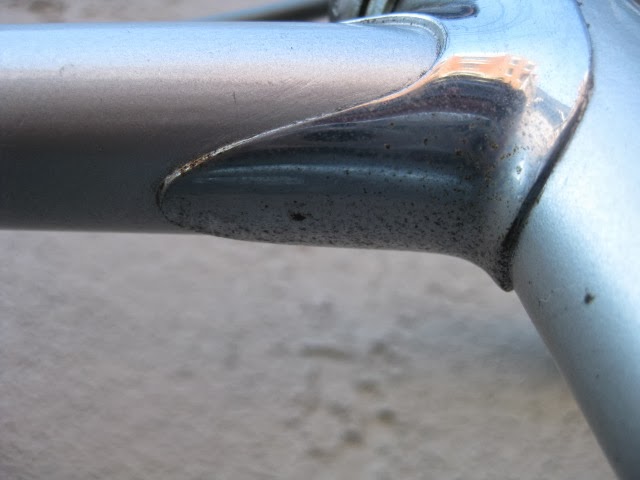 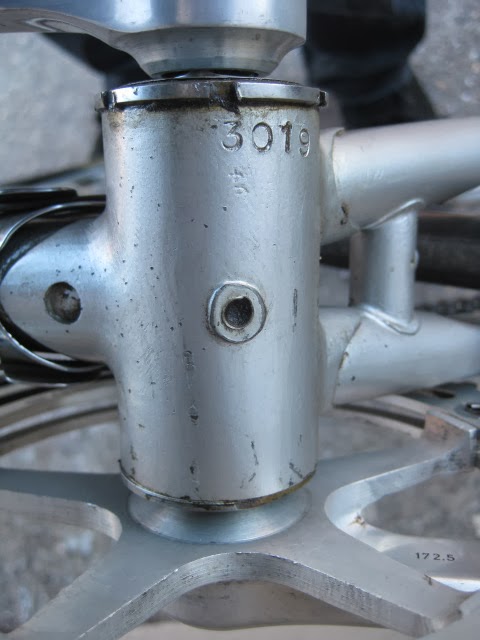 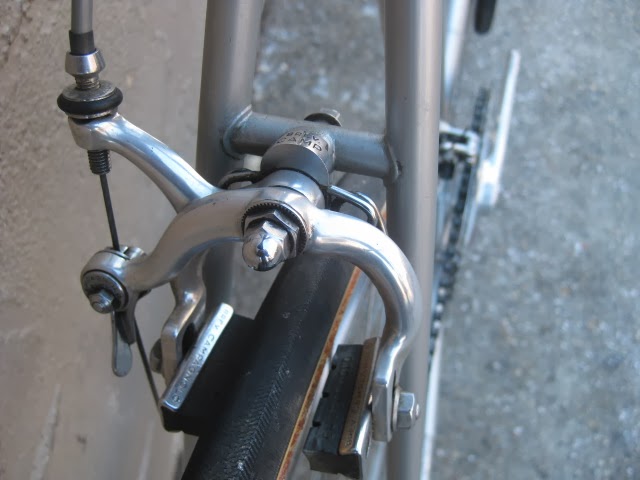 Bluehost is one of the best web-hosting company with plans for any hosting requirments.