This is a really cool bike we recently acquired. It is a World War II BSA paratrooper bike in fantastic original shape. The British WWII Airborne BSA  folding bicycle was used from 1942-1945 in the Second World War by British & Commonwealth airborne troops, Commandos and some infantry regiments. Some were also used as run-abouts on military bases.
A folding bicycle was developed as a small size was needed to enable it to be taken on parachute jumps from aircraft or in small gliders. The War Office in 1941 called for a machine that weighed less than 23lb (this was not achieved - the final weight was about 32 pounds) and which would withstand being dropped by parachute. When parachuted, it was rigged to that the handlebars and seat were the first parts to hit the ground as bent wheels would disable the bike. BSA abandoned the traditional diamond design as too weak for the shock and made an elliptical frame of twin parallel tubes, one forming the top tube and seat stays and the other for the chainstay and down tube. The hinges were in front of the bottom bracket and in the corresponding position in front of the saddle, fastened by wing nuts. The peg pedals could be pushed in to avoid snagging and further reduce the space occupied during transit. The bicycle was used by British paratroopers, Commandos and second-wave infantry units on the D-Day landings and at the Battle of Arnhem.
Our bike has the original saddle, grips, crankset and unique pedals. It also has war grade tires, I believe the rear which is made by  Dunlop, is the original. The front is made by Firestone, but I think we have the Dunlop here at the shop to match the rear. Overall, this bike is really something special, as not many have survived in this condition.
Email at: bikeville@gmail.com for price.
SOLD! 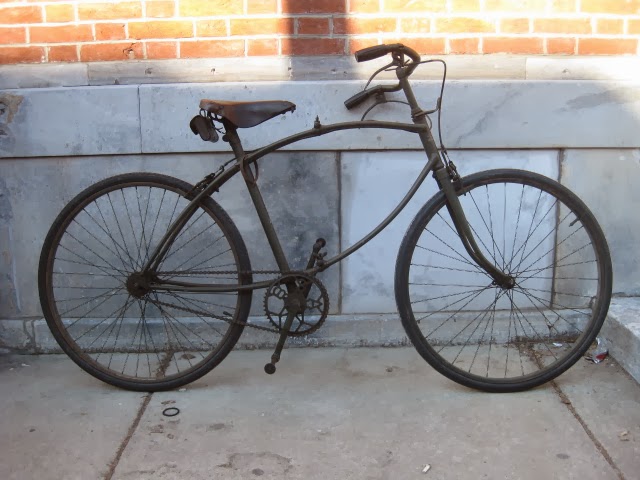 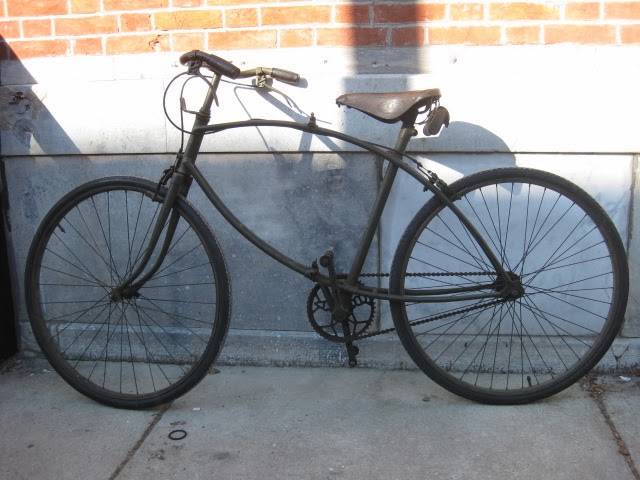 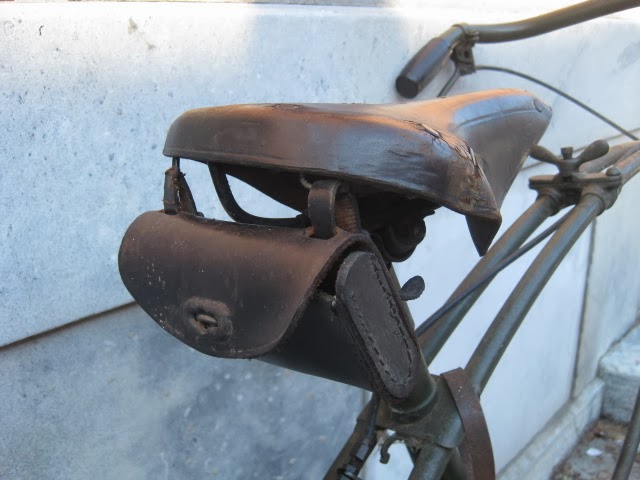 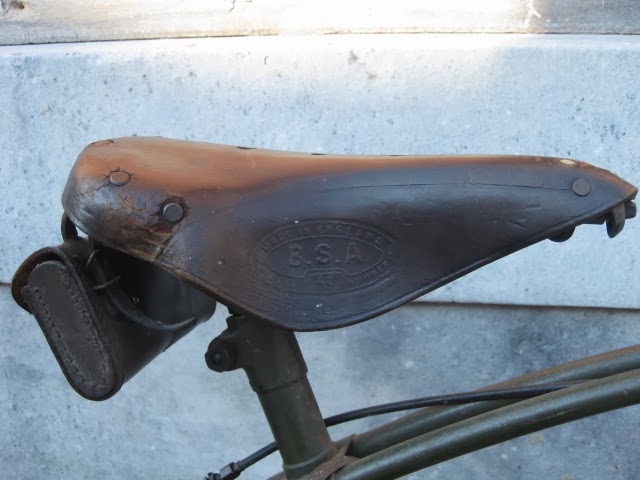 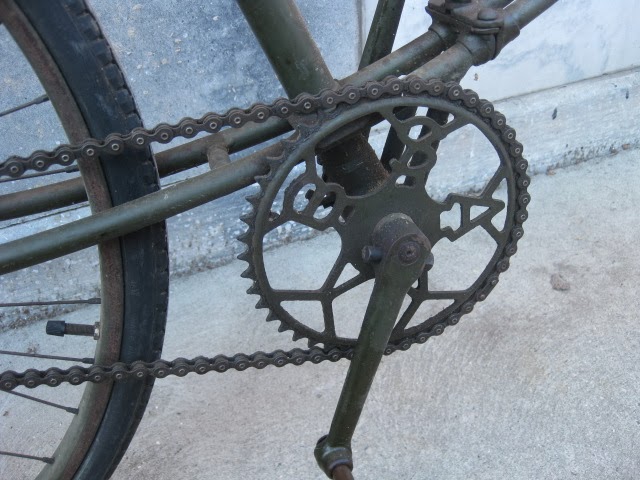 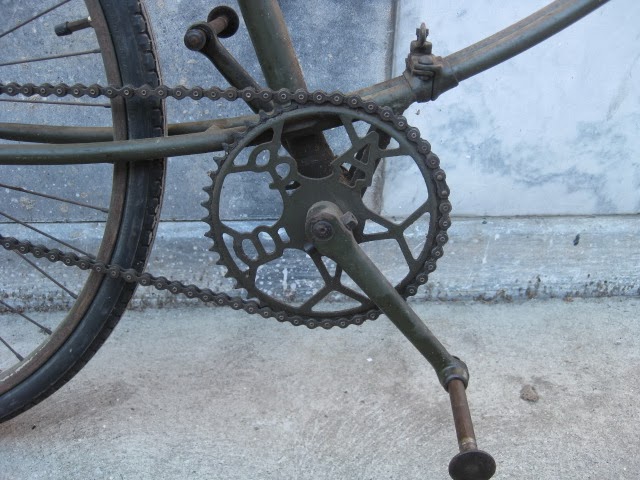 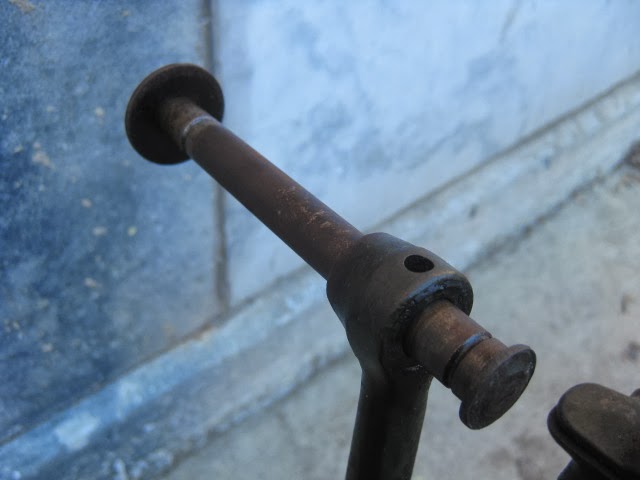 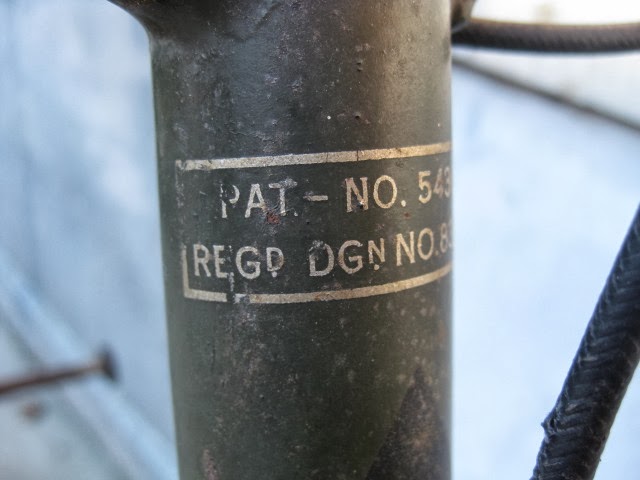 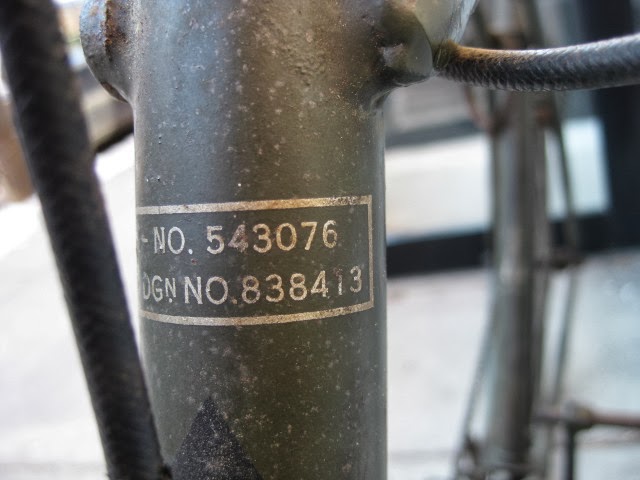 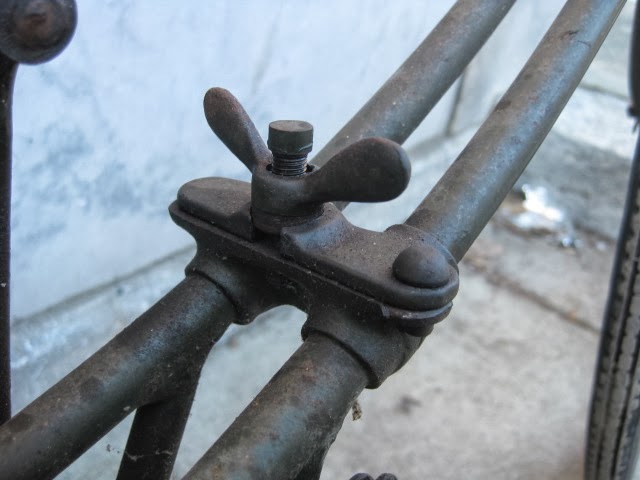 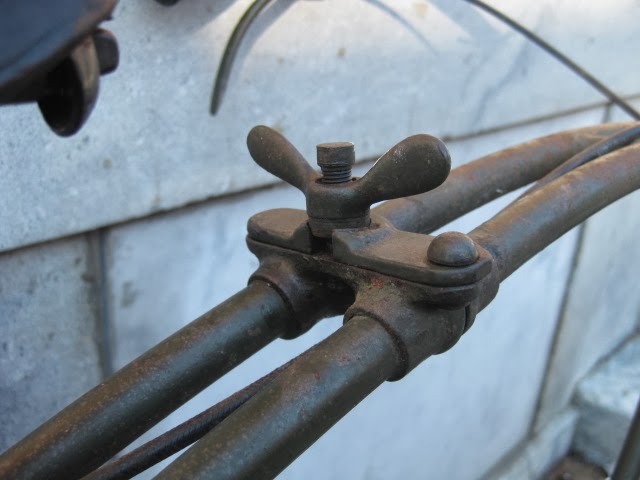 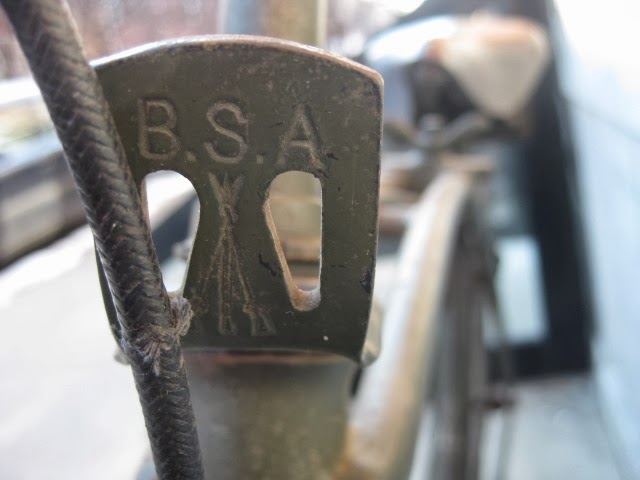 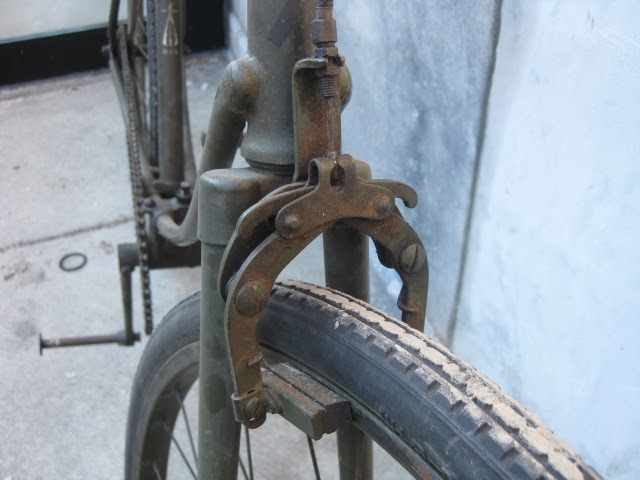 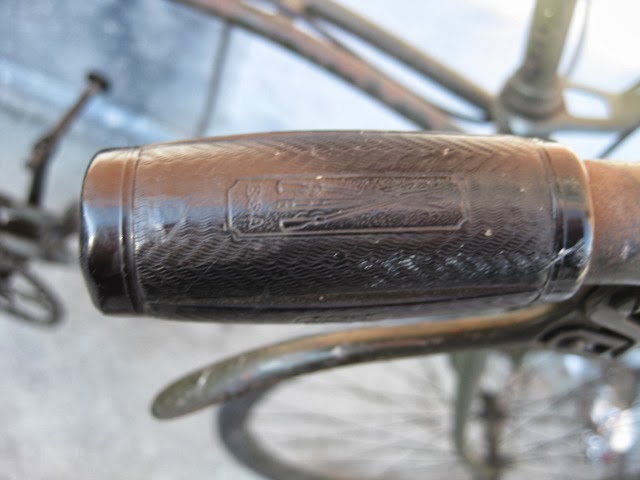 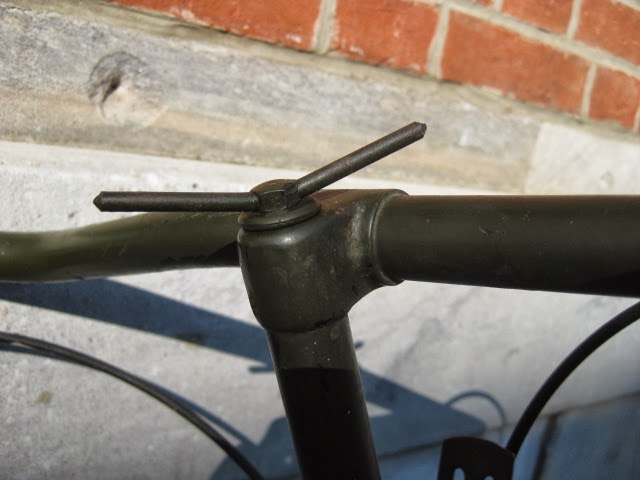 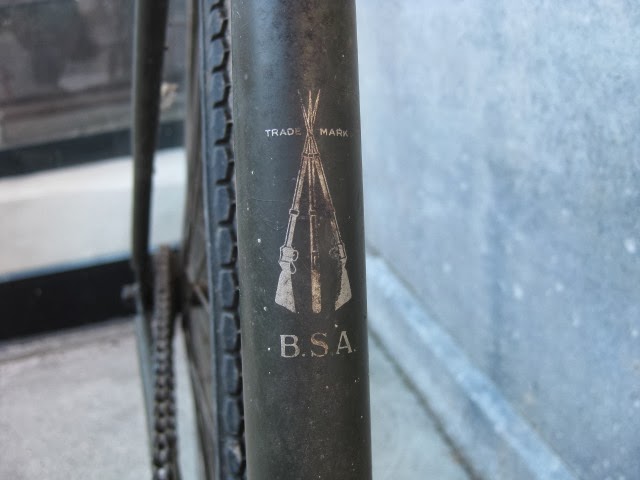 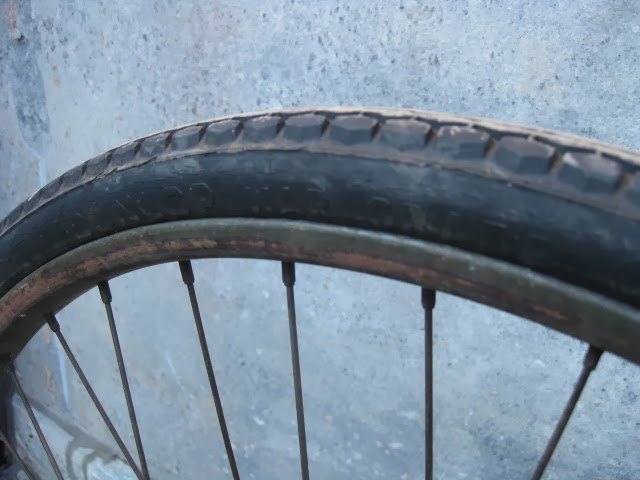 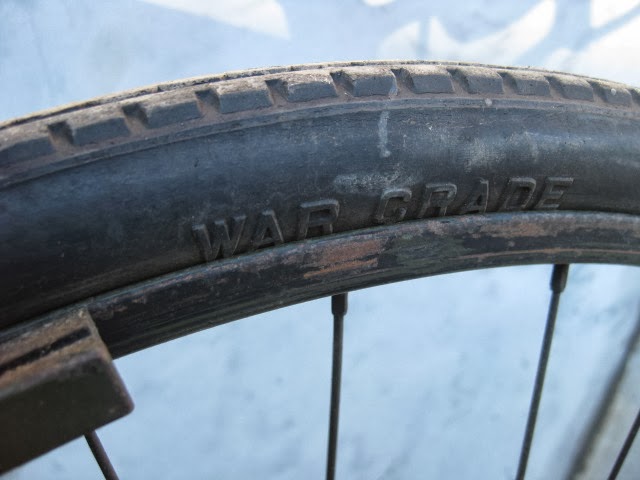 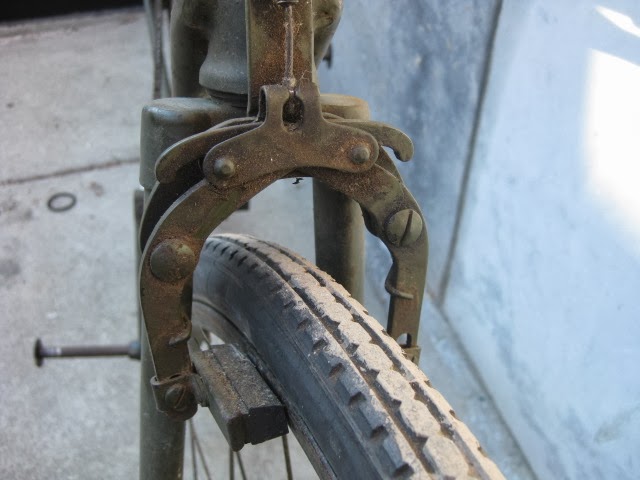 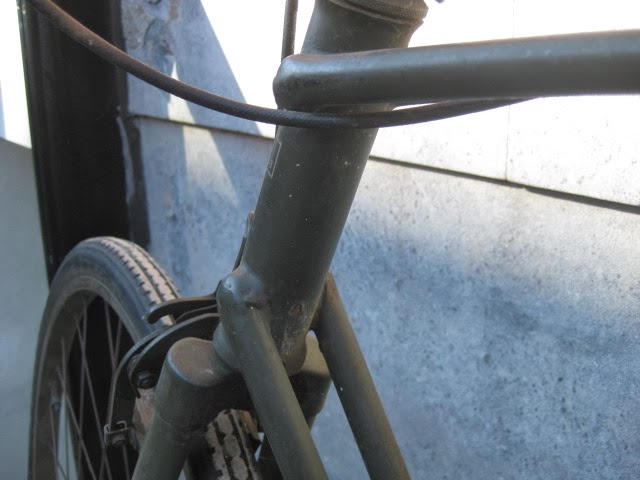 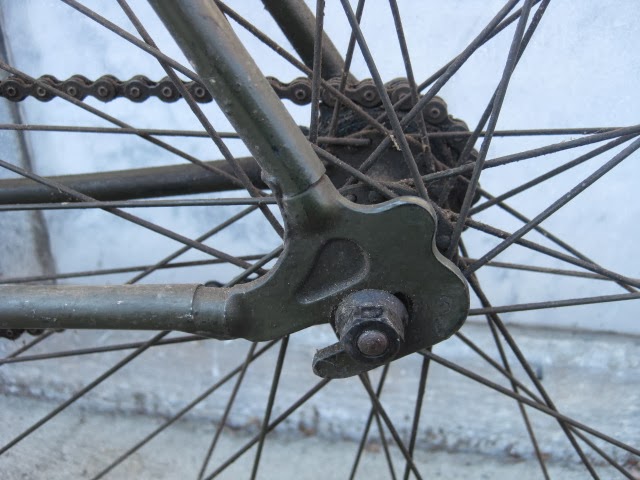 I remember these bikes by mail order as war surplus in the UK in the early 1950s. They were advertised for 70/- (seventy shillings), about one tenth of what you'd pay for a good lightweight bike like a Claud Butler.

Do u have this bi cycle with u? How much ur expecting?

Do u have this bi cycle with u? How much ur expecting?

Vero good veicle...now much ??? Thanks