Offered for sale today is an 1897' ish Sterling shaft drive bicycle. Sterling was an American company based out of Chicago , IL from about 1894 and then moved to Kenosha, WI around 1898. The factory in Kenosha was sold around the turn of the century and became one of the first automobile factories. Sterling won a silver medal at the Trans-Mississippi International Exposition in 1898 for their chainless bicycles and safeties. This company was part of the bike boom at the end of the century, competing with many others for customers and innovation. The head badge on this bike has the last patent date of 1897, so that gives me an idea of production era.
It features the rare Kelly bars, with newer wooden grips. The frame has been re painted some time ago a nice opaque "grass" green. If you look at the seat cluster area, you can see where some paint has fallen away, revealing some crustiness beneath. I do not know if that is an indication of what the rest of the bike looks like underneath the paint. The bevel gear cover is also cracked in on spot (see photo). The rear drive side hub flange also has a crack where one of the spoke heads sit (see photo). nice long spring saddle with suspension seat post. Incorrect Westwood type rims have also been painted with yellow pin striping. also included will be a pair of Torrington star pedals. It has coasting pegs on the fork blades. The hub flanges use straight pull type spokes, very cool and somewhat common at this time.
The chainless type bikes employed a bevel gear system, as opposed to a typical block or roller chain. I have seen photos of Major Taylor on these type of bikes. Bikes of this style are increasingly rare, don't miss out on the opportunity to add to your collection!
email at: bikeville@gmail.com for price.
SOLD! 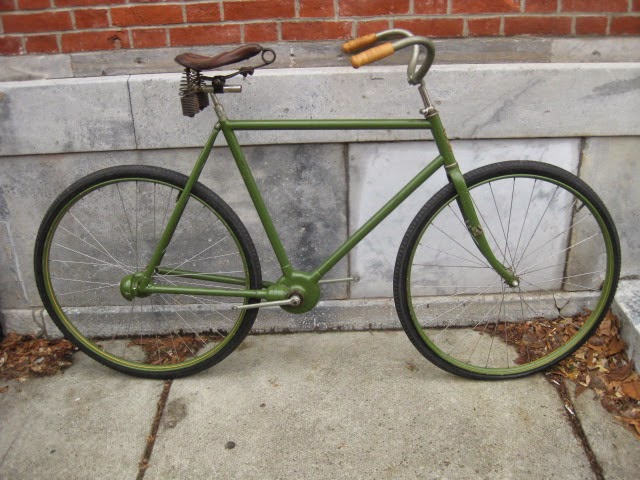 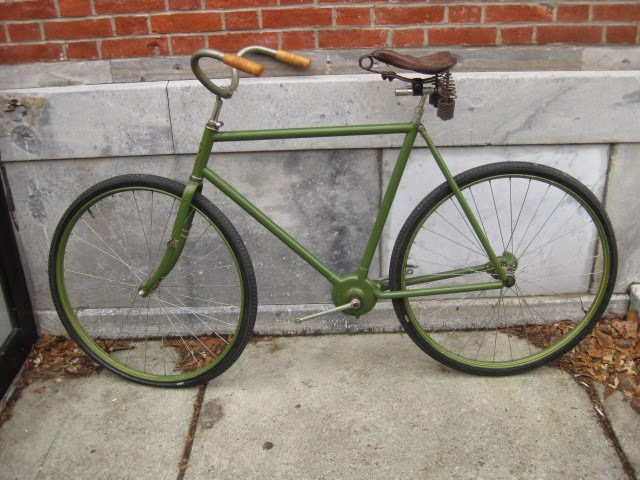 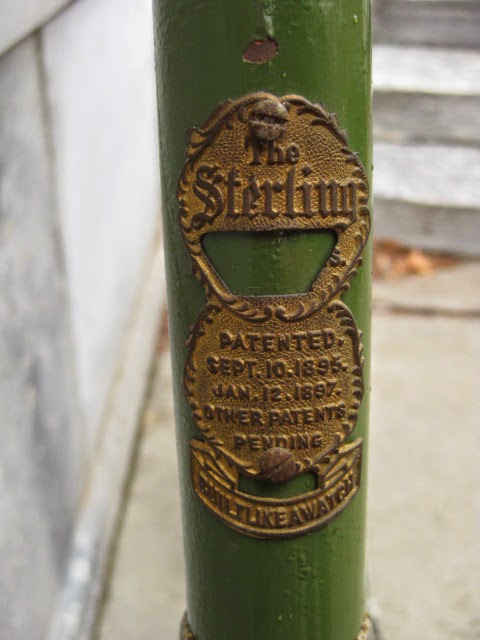 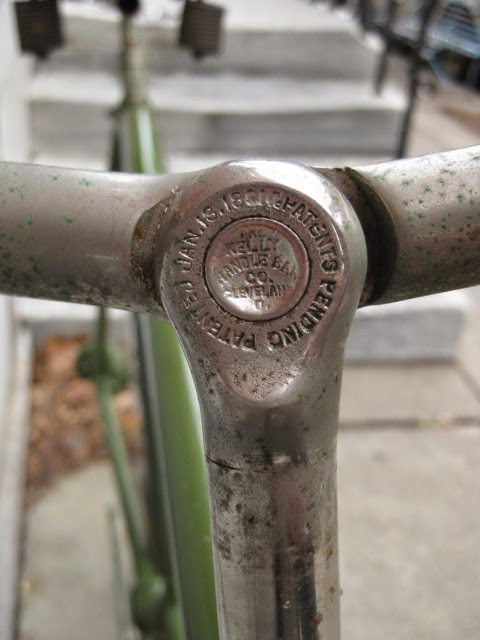 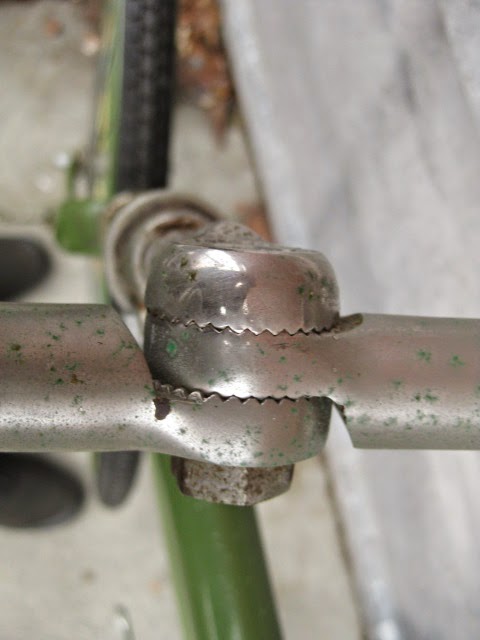 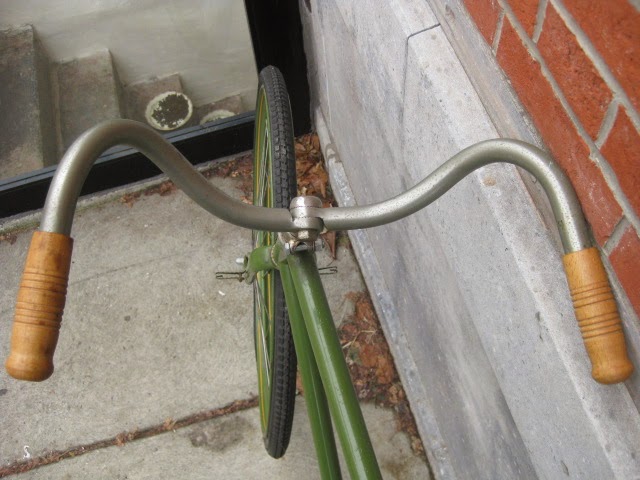 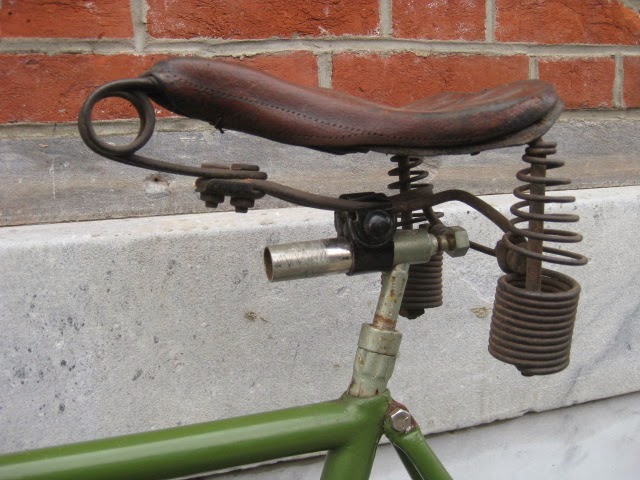 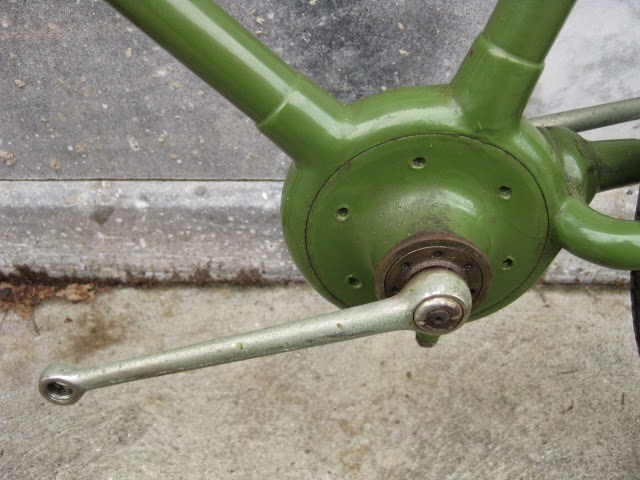 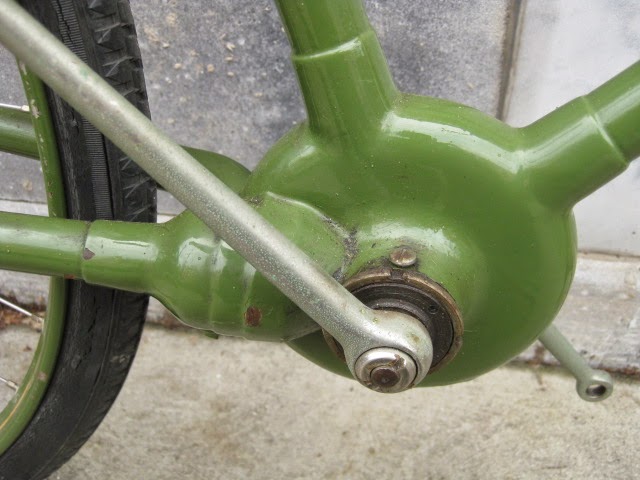 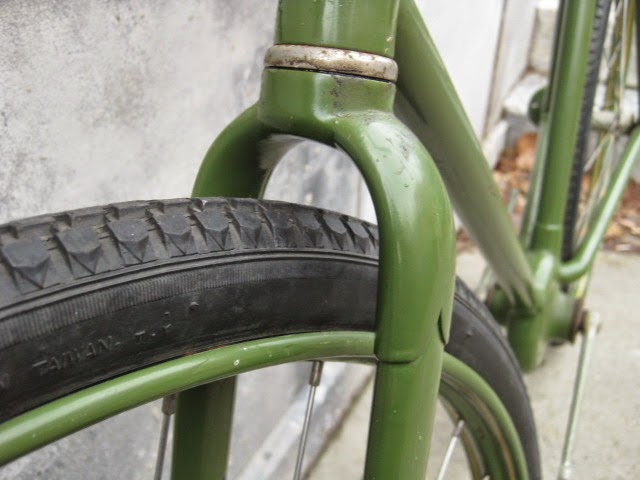 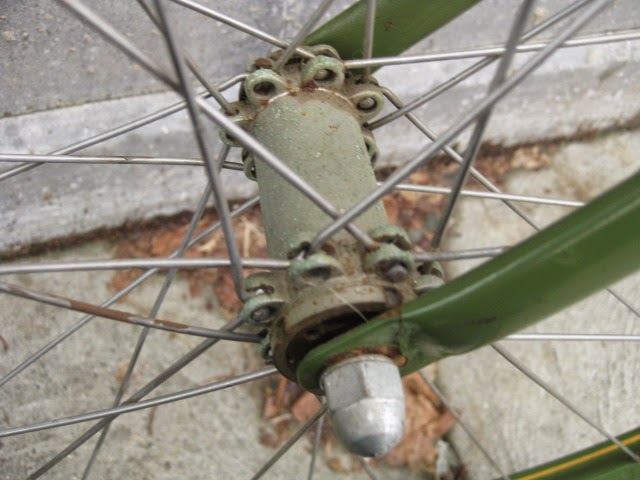 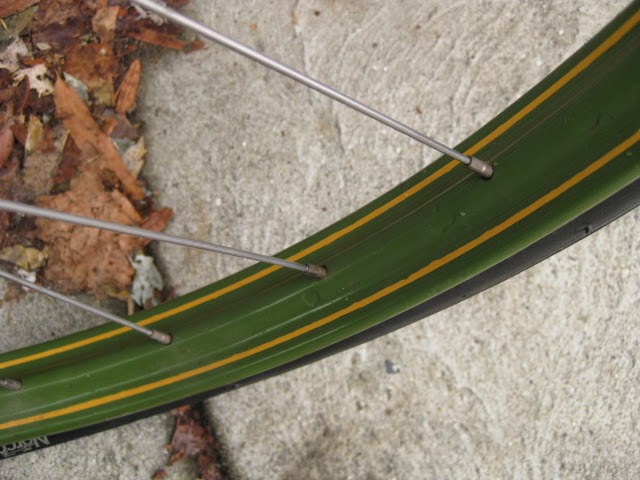 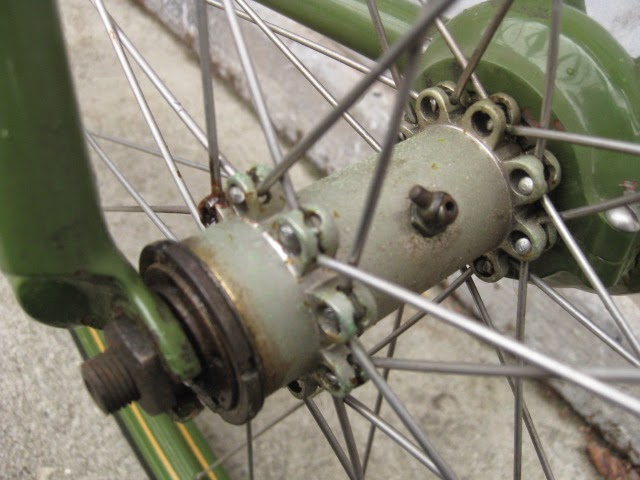 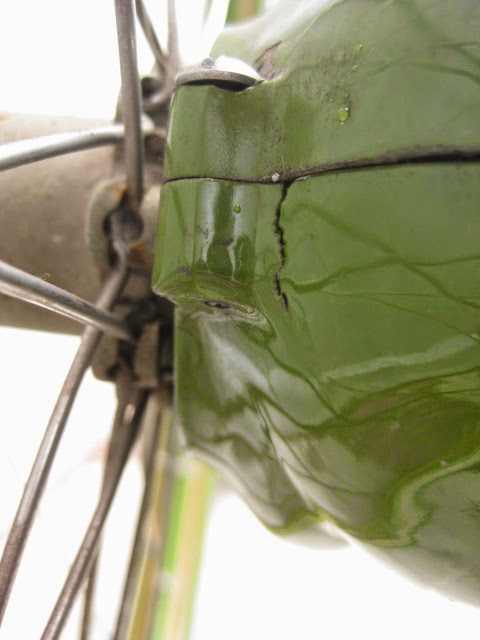 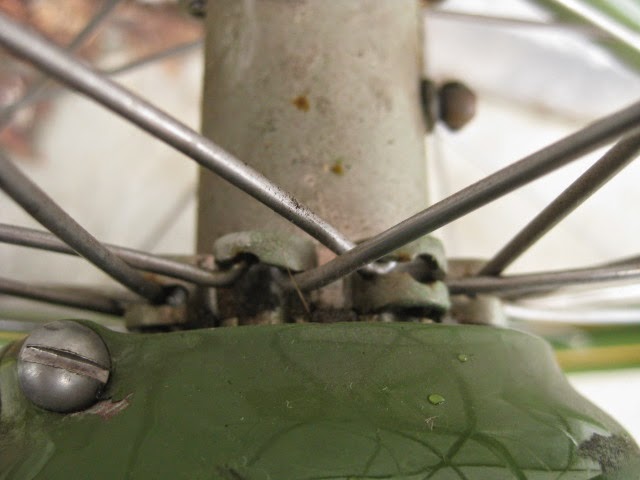 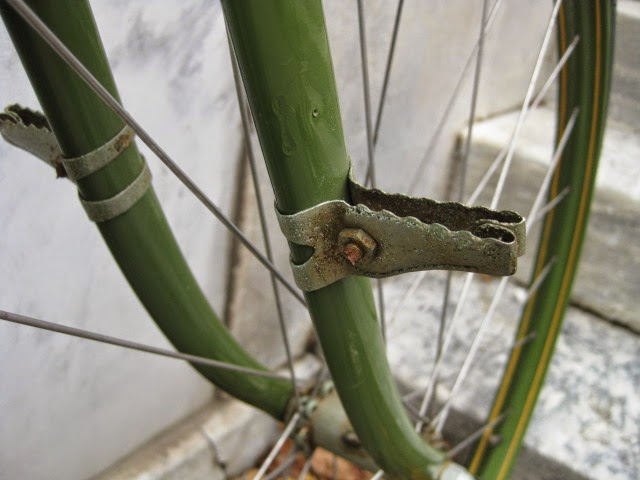 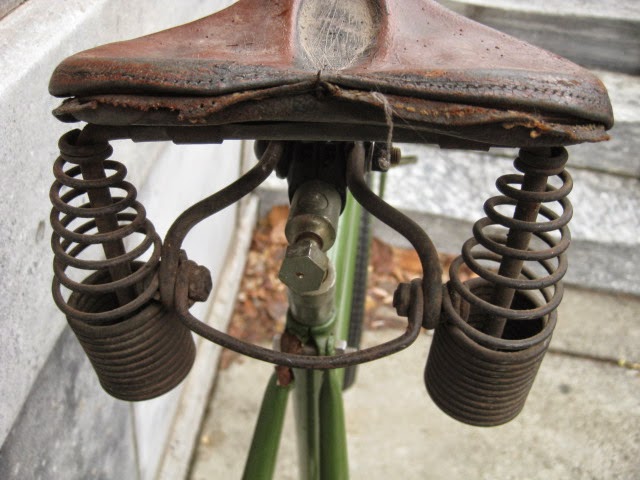 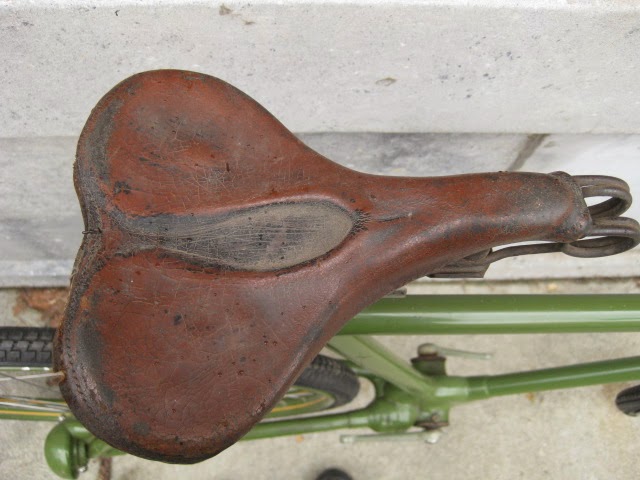 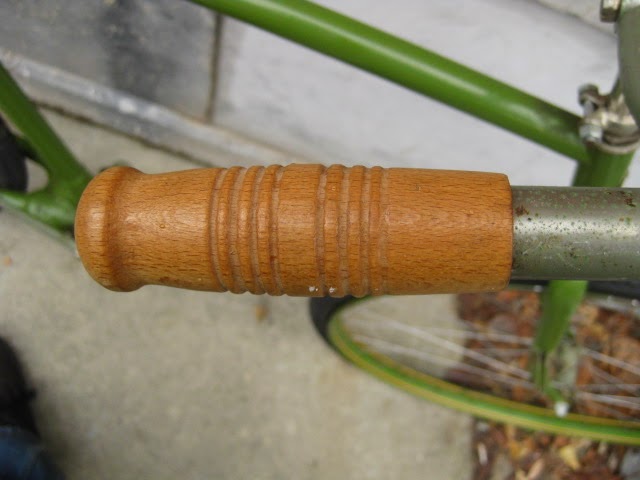 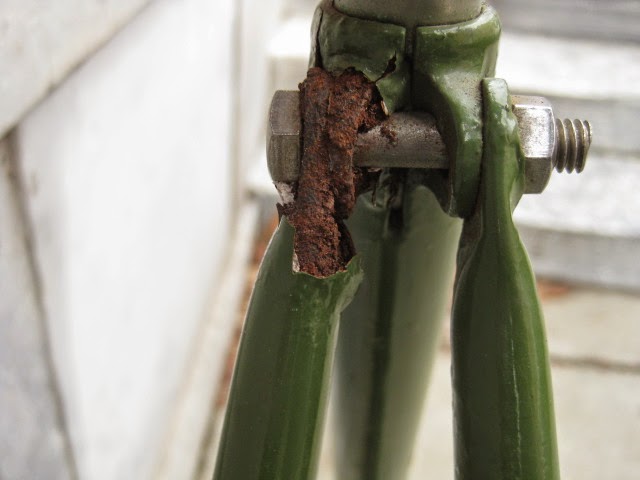 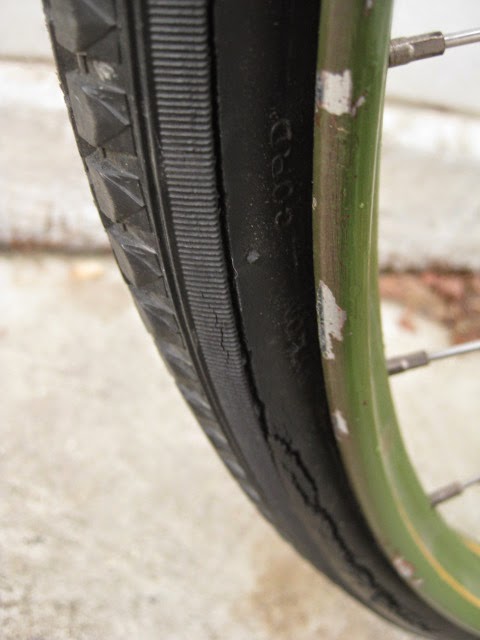 Posted by bikeville at 4:12 PM

What did this bike go fir