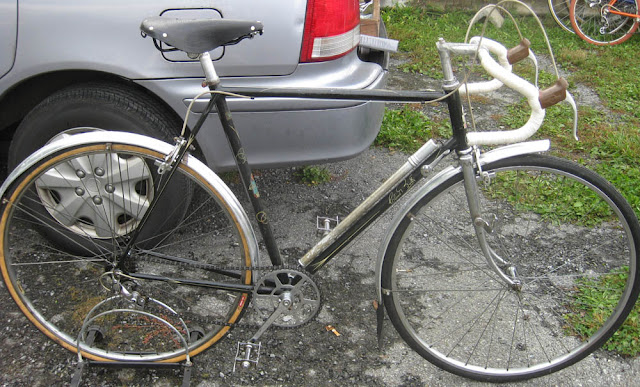 Claud Butler was a very popular bicycle manufacturer for many decades. Best known for filet brazed (lugless) frame construction and paradoxically at the same time beautifully ornate 'lugs' on other models using the 'Bilaminate' technique. Bilaminate lugs were basically thin cut sheets of metal that were brazed over a filet brazed frame. One might consider them more as a decoration than an actual structural part of the frame, but of course it is argued that there is a little more stiffing around the joint, but that was not the intial intended purpose. Lugless bicycles at the time were generally regarded as cheap compared to lugged frames, which required more attention and skill.

This bicycle is the Jubilee model and is in mostly original stock condition, minus a few small details. Well one possible major incorrect part is the fork. The fork crown did not look right with the bike when I looked at it in person. The fork crown looks crude, compared to the rest of the bicycle, but the rake looks period for an early 1950s British bicycle and it also has the brazeon for a lamp to be mounted. The seat clamp collar is Italian and of that time period, but not a Claud Butler one. The seatpost and Brooks saddle are also incorrect, both later. One piece I was unsure of was the pedals, they look like 1960s Phillips pedals, but maybe they were also available back in the early 1950s.

It is a very nice example of a period bicycle with original finish that would not take much to turn this bicycle into a Concourse bike. 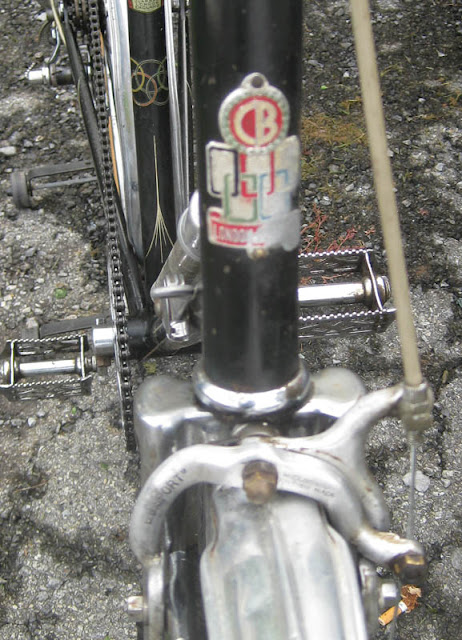 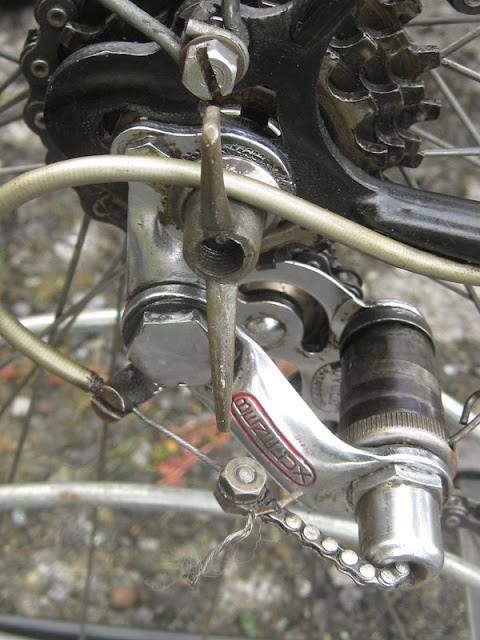 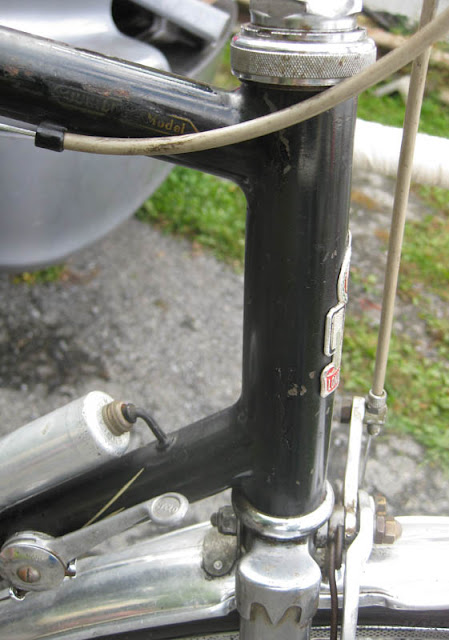 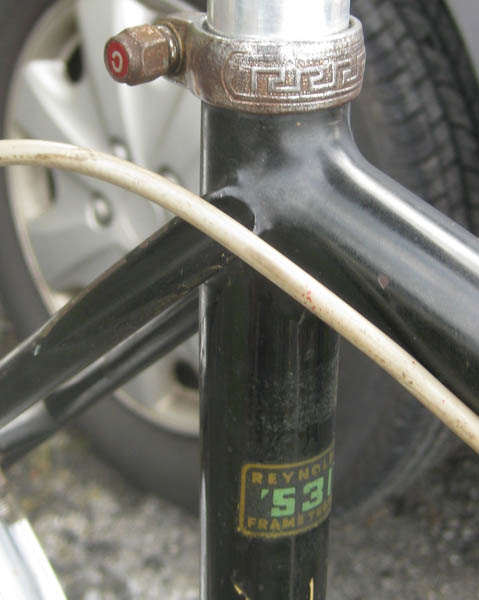 Posted by bikeville at 7:33 AM

I have great memories of riding this exact same model (1953 Jubilee in enamel black) back in the 1970s in London. The forks don't look right to me, but the pedals certainly do. The seat clamp looks correct too, although the securing bolt on my bike was plain metal.

Lovely jubilee, what speed is it and what mark/make Benelux derailleur is that? I'm trying to date the one I have