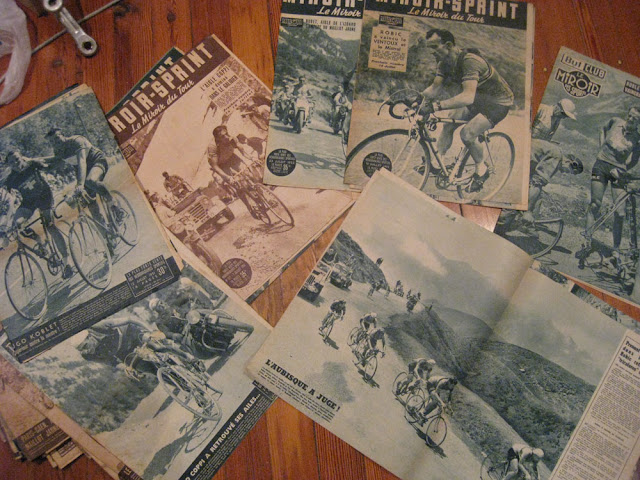 I have always liked to collect paper goods- catalogs, books, magazines and even newspapers on bicycling. They are an invaluable source of information on history and contain facts and clues to properly restore an old bicycle. I have many issues of French newspapers from the late 1940s-late 1950s chronicling the cycling greats at the time. Along with their stories of crashes and punctures, there are awesome pictures showing the equipment at the time.

One can see the evolution of bicycle parts through this decade of cycling. The late 1940s has steel cottered cranks, Campagnolo Cambio Corsa and cantankerous Simplex and Huret derailleurs and by the late 1950s, you see the popularity of alloy cotterless cranks(mainly Stronglight) and parallelogram derailleurs from the big three derailleur manufacturers.

Notice the Stronglight 49d cranks used in 1949, this was an anomaly on race bicycles.
Most racers were outfitted with steel cottered cranks(by choice or through sponsorship) 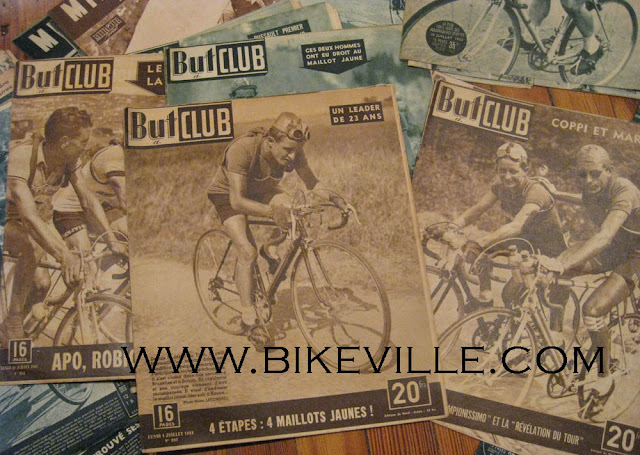 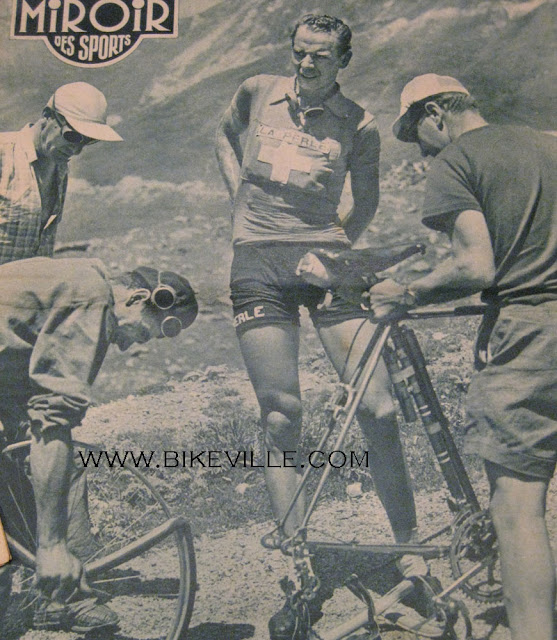 I remembered this stack of newspapers because my recent interest in framing art for my house-see previous post about framing Rene Herse Catalog, Daniel Rebour drawings, and Schwinn Paramount illustration. I am considering framing a couple, not cutting out images, but framing the whole paper, not to ruin it. I love the sepia and cyan inks, they are very beautiful.
Posted by bikeville at 11:35 PM

You should totally frame the whole thing! Those are so cool. It would be awesome to do a series, so that you can see some of that mechanical evolution happening from one to the next to the next.

Opt for conservation glass! (that's me channeling my mom for you)