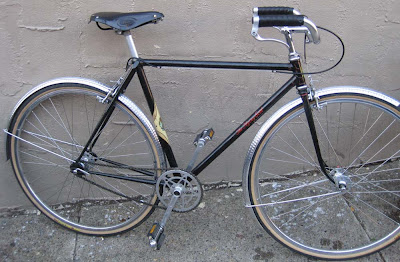 Small world story- Well we featured a possible Flying Scot bike on the blog a couple months ago- HERE- and at the same time we were setting up that bike as a round the town city bike, this Flying Scot came to the shop for a similar treatment. They both wanted it set up as a single speed, with upright handlebars and fenders. One is a fixed gear and the other is a single speed with a freewheel. Here's where the story gets weird (especially because we are in Philadelphia, not Scotland), the two customers are ex-roommates. What a coincidence!

This one is outfitted with Honjo Fenders.Montmantre handlebars, brake levers from Velo Orange, a rare underslung stem, Mafac Racer brakes, Campagnolo Tipo hubs, and Stronglight cranks from us at Via Bicycle. 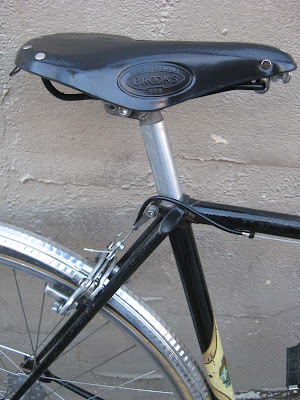 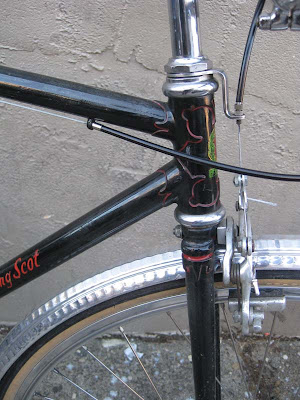 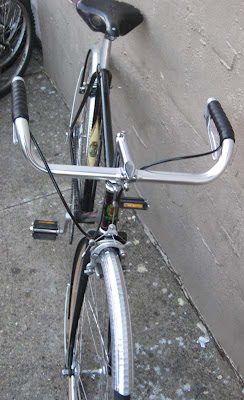 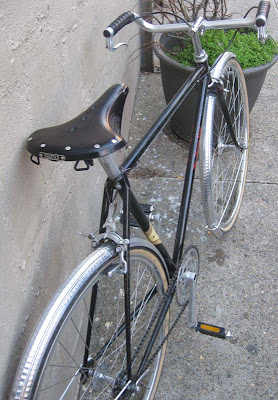