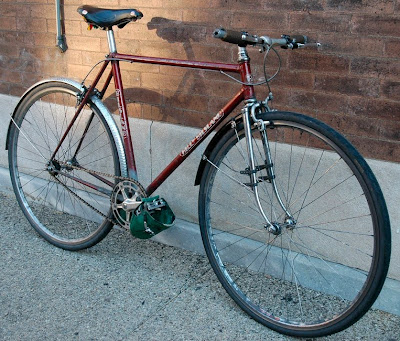 One of our favorite customer's bikes that we had the privilege of revamping into a fast little rain bike. You can see the before and after.

here is his writeup for it, from his Flickr page that has tons more pictures.
"
Early 60's British Path Racer. Unsure of the builder, but the seller believed it could have been a Flying Scot. I had the bike repainted by Bilenky Cycle Works as it appeared to have already been possibly repainted. There is a serial # behind the fork crown that reads 446 and then K on the other side of the fork crown. Photos are visible later in the set. I had originally purchased this bike as a rain bike to ride when I was still a courier. You can see photos of the bike in another set in its original carnation. When I retired I decided to have the bike repainted, sprayed with frame saver and outfitted with a hodge podge of great parts. Better than the MTB stuff I had on it before! " 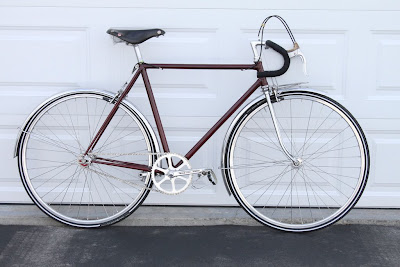 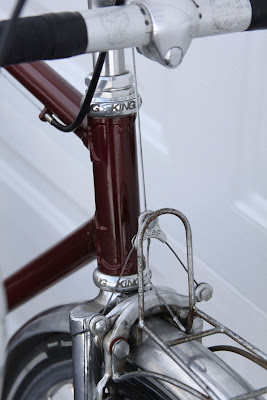 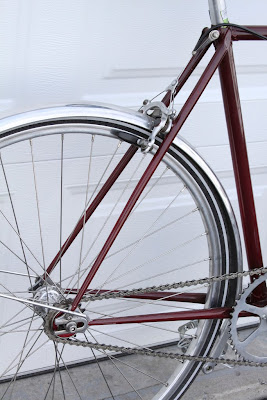 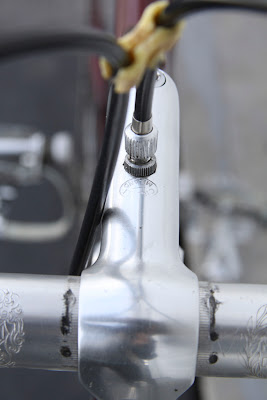 I wonder what is the history of the bike and it got over here...?

well, that explains at least part of the story...how it skipped the country to 'merica