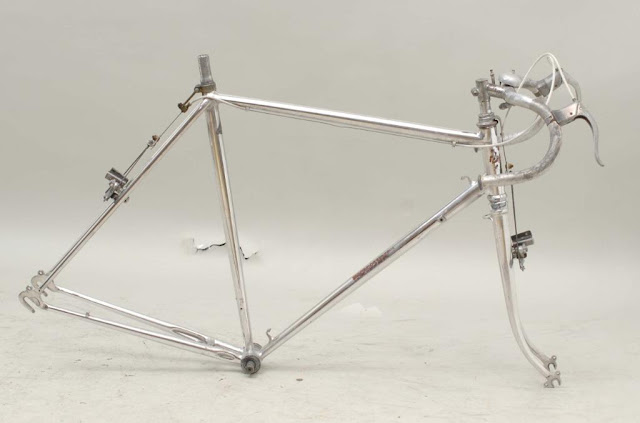 Yet another rare Barra Barralumin has appeared on Ebay. And here is a webpage with a Barra mixte frame

" 54,5 cm middle of BB to center of seat tube.
650B wheels.
Nicolas Barra was one of the true geniuses in the history of lightweight bicycles.
His first welded aluminium bike took part in the 1936 Grand Prix du duralumin. He then produced a number of these fantastic sculptural frames under the name Barralumin. They were a total revolution compared to the bolted or glued alloy frames used at the time. A few frames were used in the Tour de France, most famously by Vietto.
The welding required great skill, and a technique that Barra invented himself.
This is a very nice example of a genuine Barra (some frames were licenced out under the Garin trademark but although nice, not of equivalent quality).
Some scratches and marks, four small holes drilled when the bike was modernized; this is an overall nice example of one of the most fantanstic frames ever built.
It is very rare in having the original Barra transfers, a sign that the bike has never been polished up.
Start price is IMO an absolute bargain for an important piece of cycling history, I personally believe that Barra's are totally under-valued." 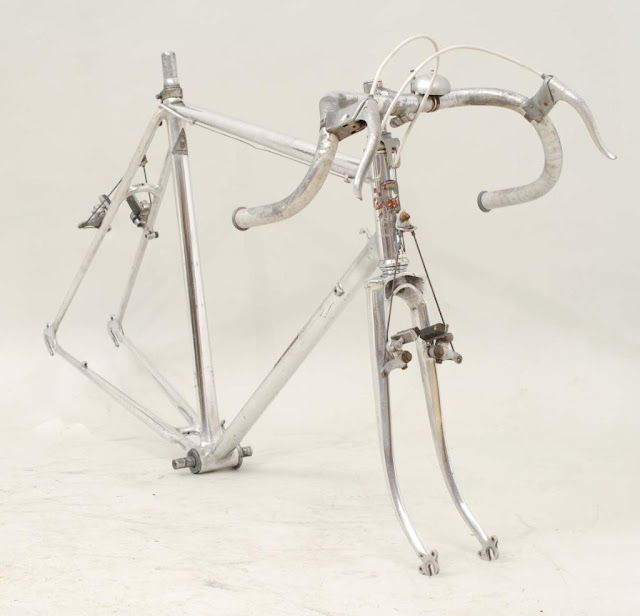 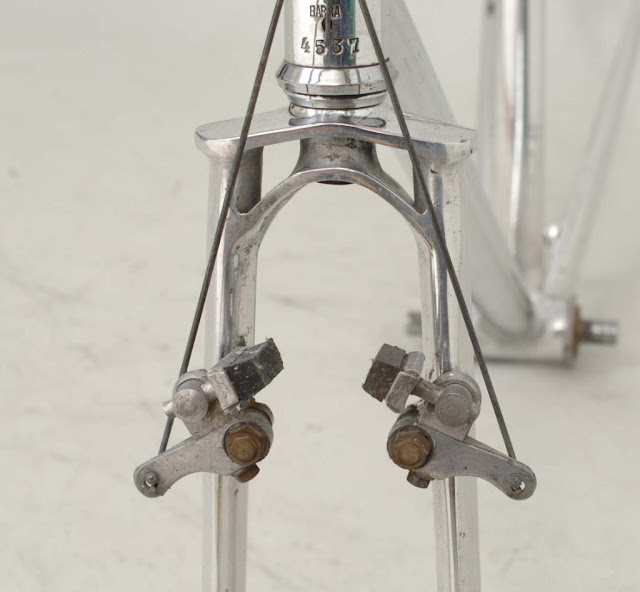 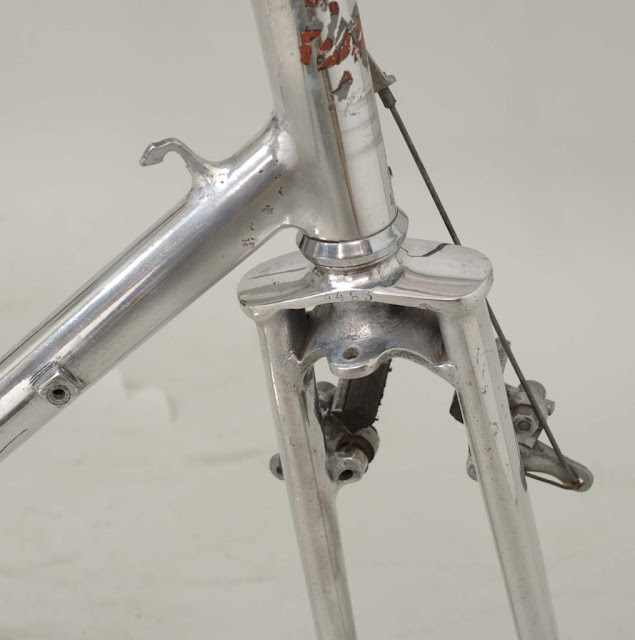 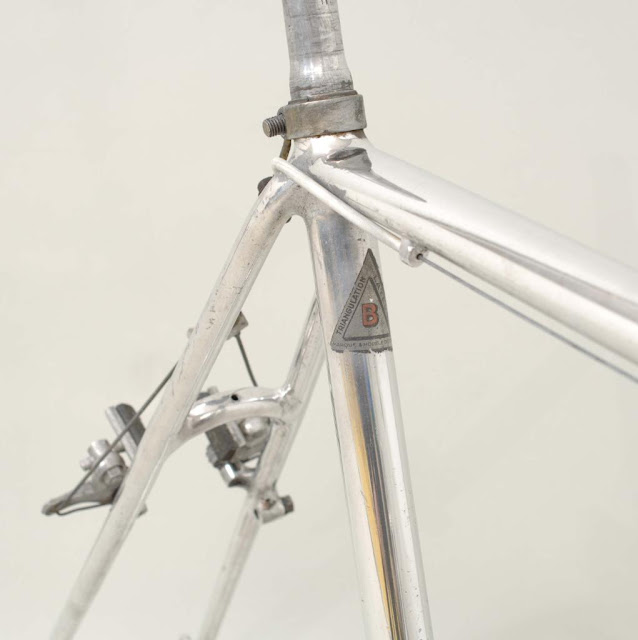 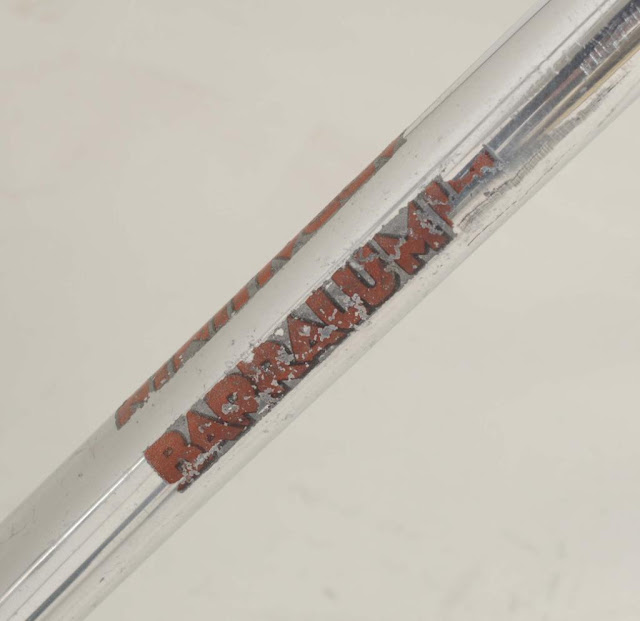 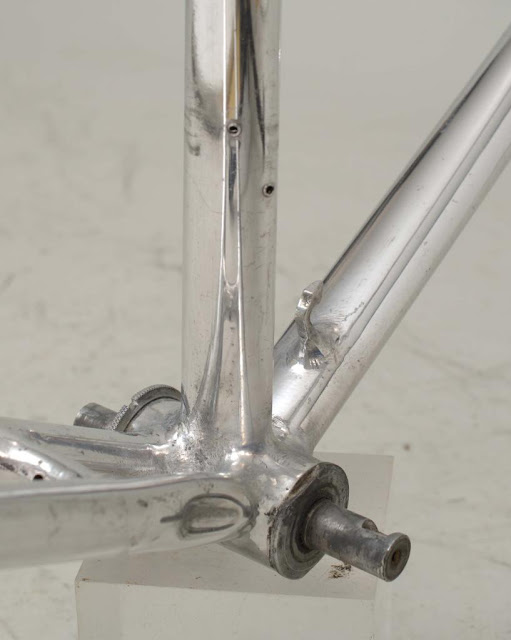 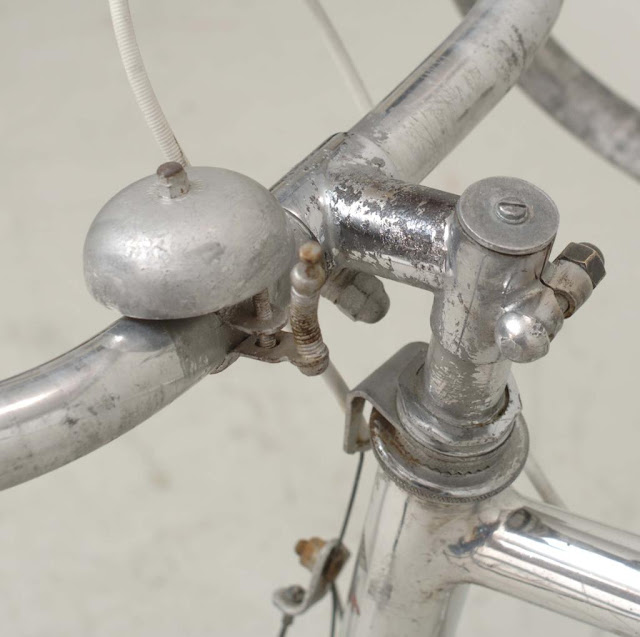 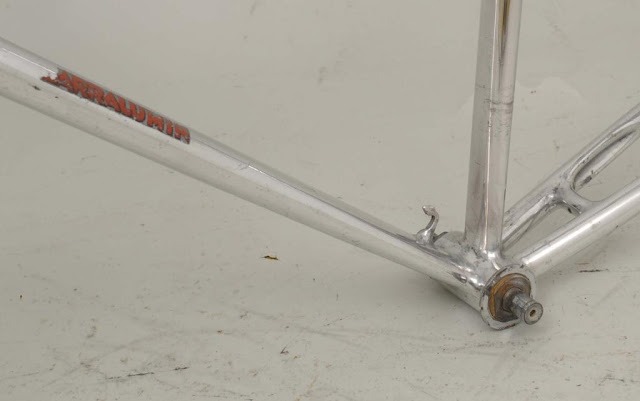 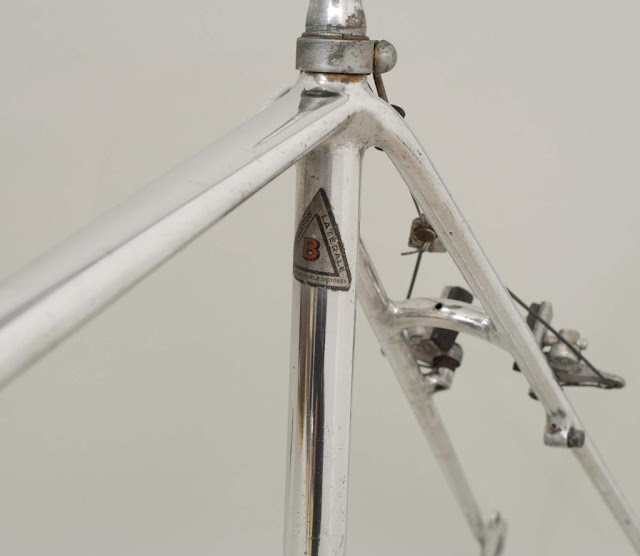 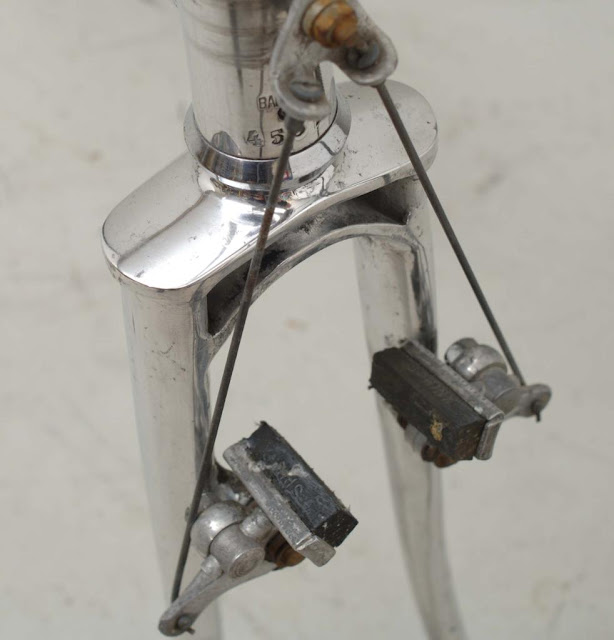 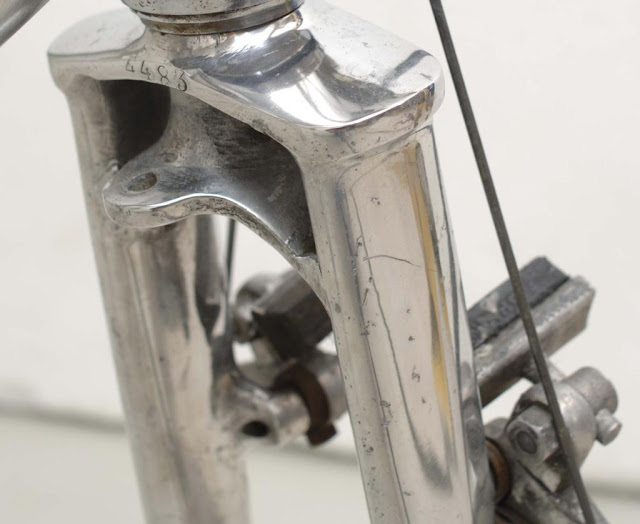 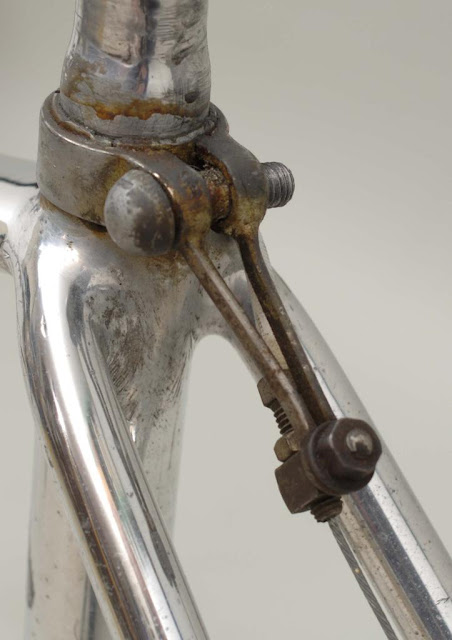 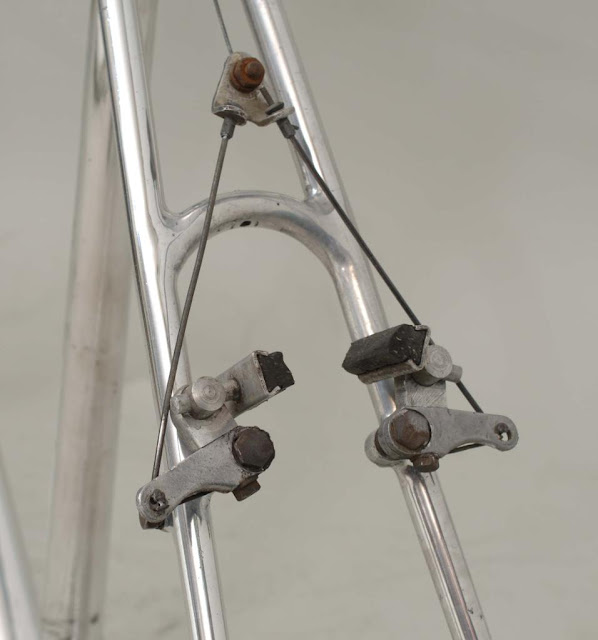 Barra cantilever brakes, that used spokes as the straddle link. 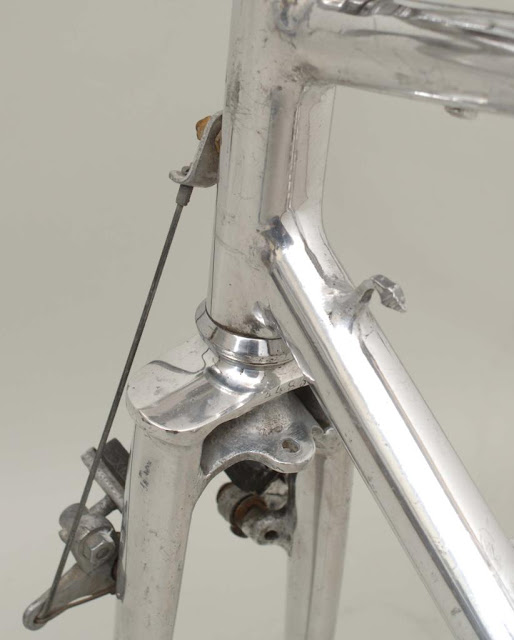