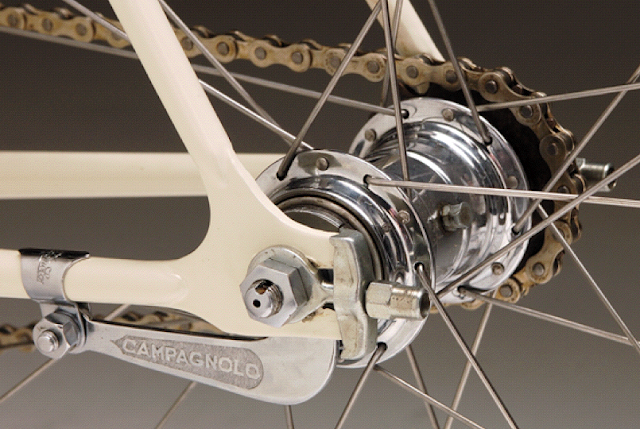 It has been rumored to be a photoshop fabrication or an elaborate fake made of some Campagnolo tooling, a fellow collector had seen it in person. Below is a photograph of the hub, it was owned by an Italian collector. Take a look at more pictures found on Sexy Race Bicycles. The hub is mostly like made by Fichtel & Sachs(German) for Campagnolo. Maybe for the folding bike market of the late 1960s- early 1970s, as it is a low spoke count(28 hole), and travel bikes were becoming more common.