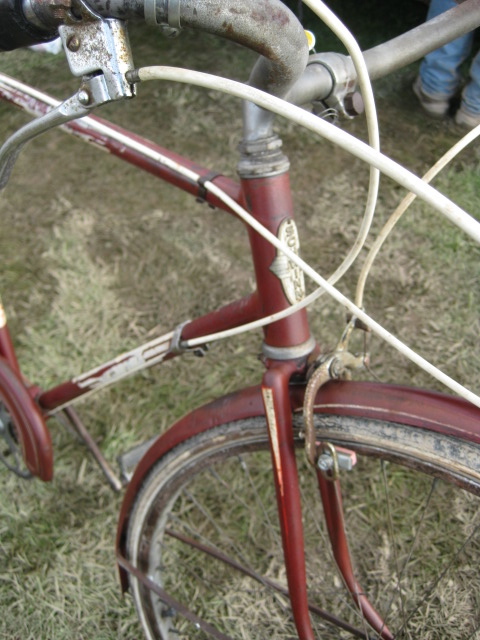 Seen at a swap meet in Ohio, this 1952-53 Schwinn Varsity was won in a contest. The contest in the early 1950s claimed that some young kid could have won one of 75,000 Schwinn Varsitys or the grand prize of a train car, or something of the sort. I don't know if anyone won the grand prize, but this bike was shown for sale with the original contest information. I doubt Schwinn produced 75,000 Schwinn Varsitys at that point(they were produced for 2 or 3 years in the early 1950s, to then the model reappeared in 1961 as an 8speed derailleur geared racing bike). One can see, this Varsity is a Schwinn World with a 'Varsity' decal on the chainguard. I am not sure what else differentiate this Varsity from a Schwinn World. 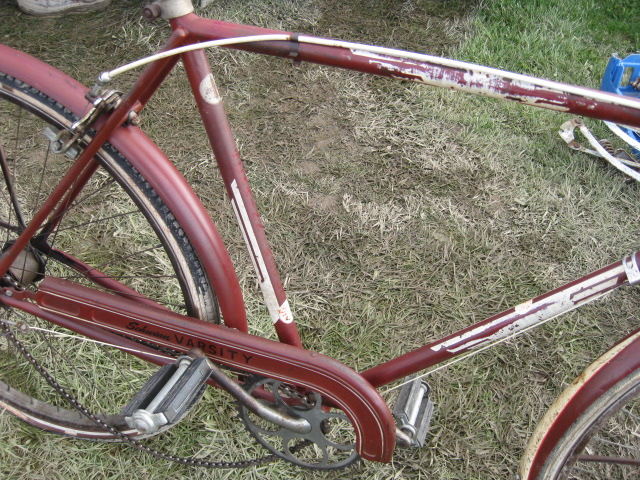 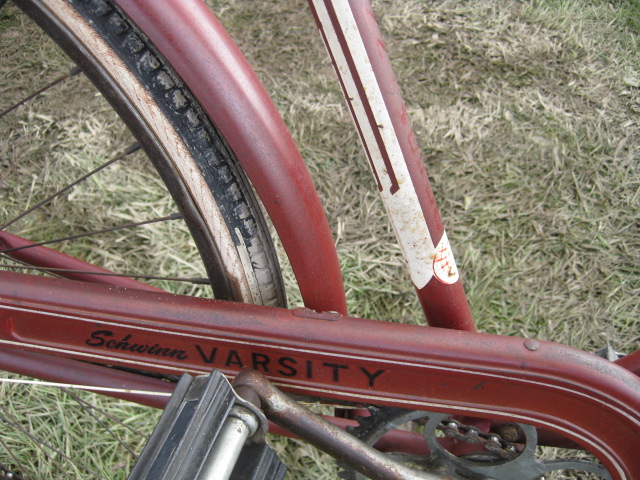 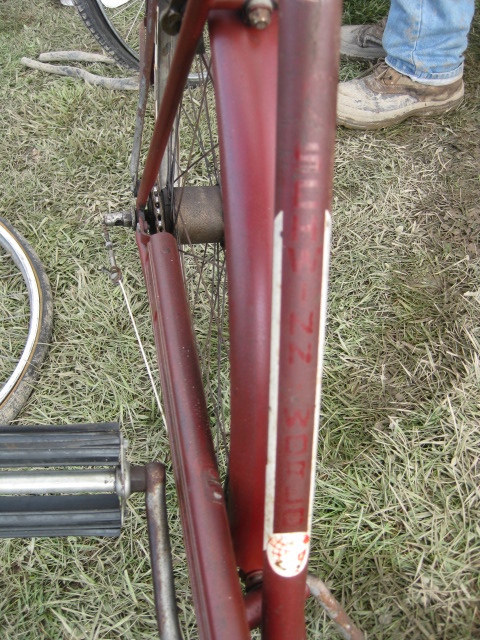