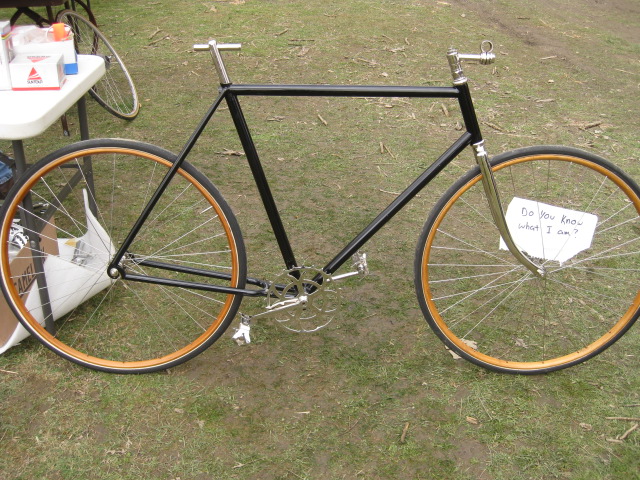 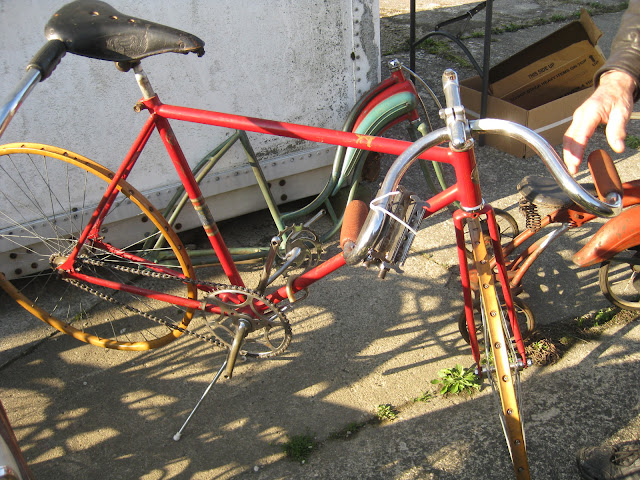 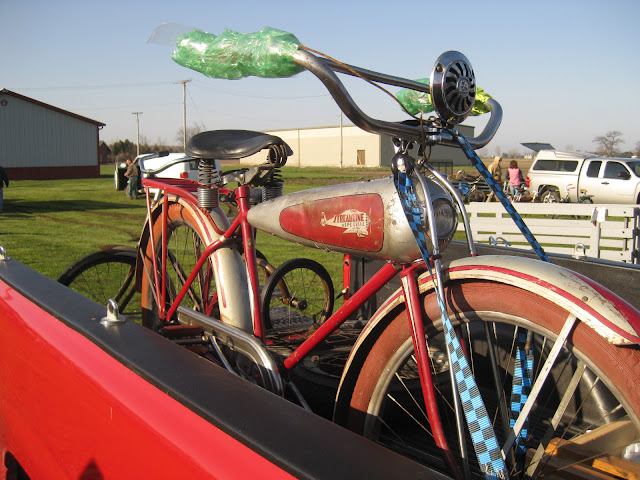 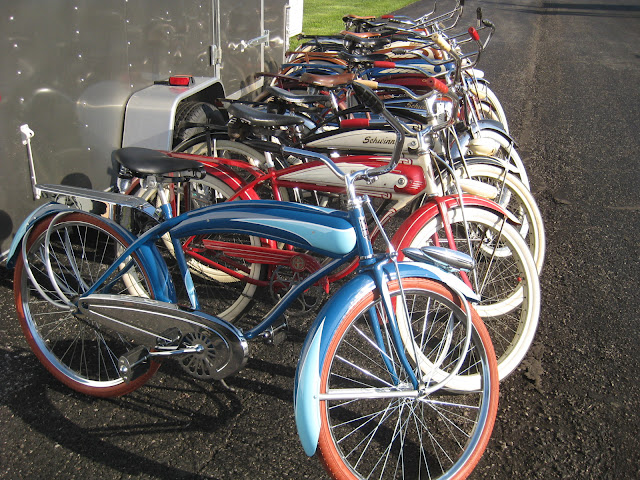 Beautiful lineup of balloon tire bikes- Shelby, Schwinns, and even an Elgin thrown in there. 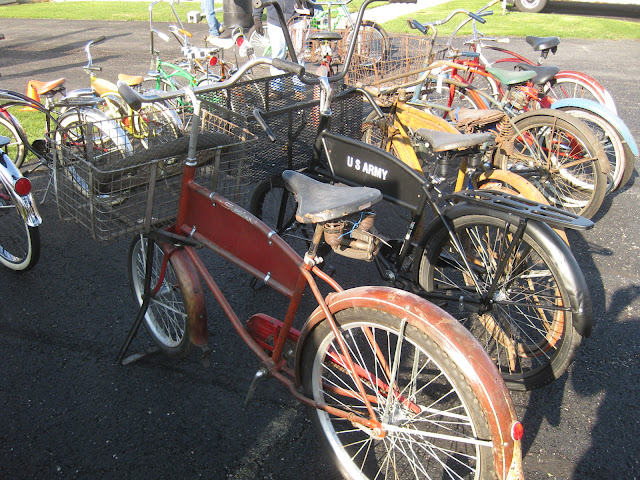 Schwinn Cyclotrucks. The seller had 3 Cyclotrucks and a frameset. The black "US Army" one is prewar because it has a reinforced headtube and rear facing dropouts. 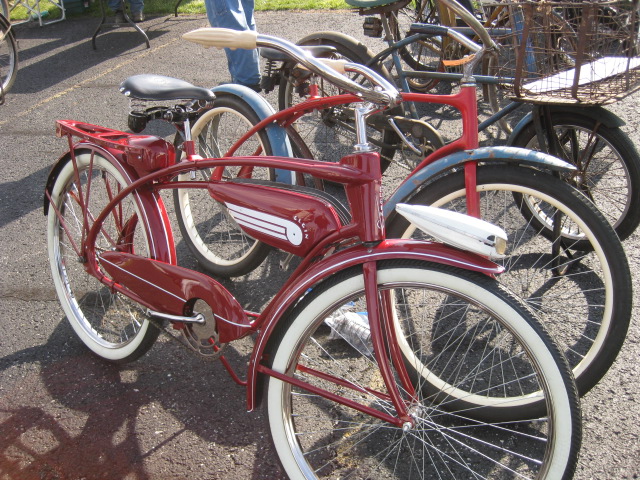 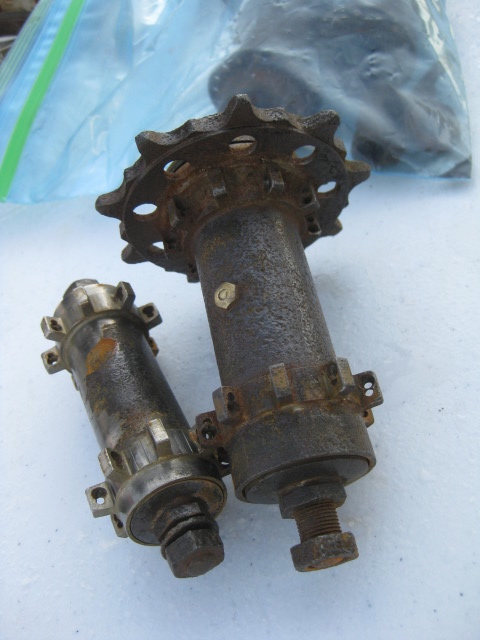 Early turn of the century hubs. 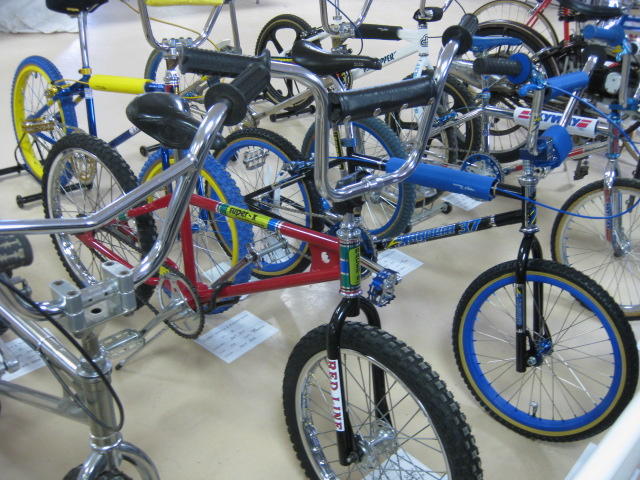 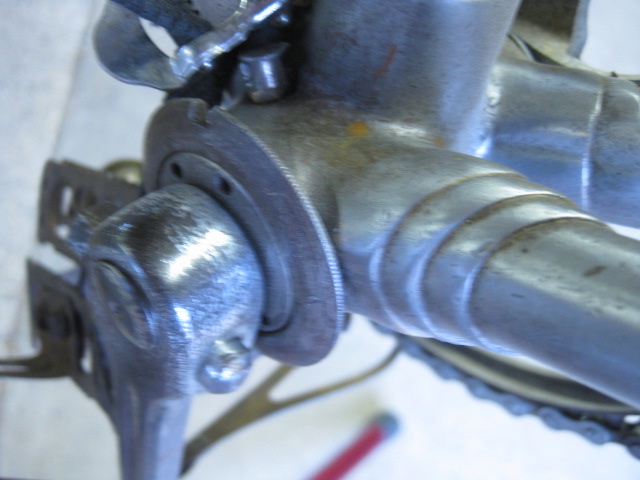 Unique bottom bracket reinforcement on what might be a Bastide. 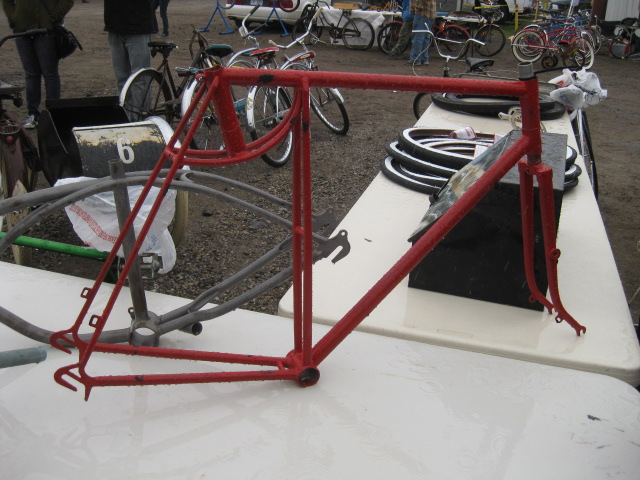 A Flying Gate design, but I have never seen one with the curved 'loop' under the seattube. Appears to be 1950s- dropouts and other fittings. Takes a unique unit type bottom bracket.
Posted by Joel at 9:17 AM