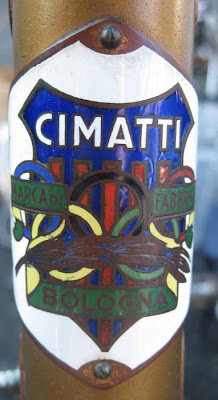 Marco Cimatti was gold medal Olympic cyclist that after retiring ran a small bicycle factory in his home town of Bologna. This bike is a a late 1940s bicycle, built with Campagnolo Cambio Corsa dropouts for the early gear system. It was later updated in the early 1960s with what was modern rear derailleur. The original owner had the foresight (or per happenstance), kept the original rear splined axle and also did not file the teeth off of the rear dropouts. They also did not braze a derailleur hanger on the dropout either, which was also an option.

I'm not sure if the bicycle company is related to the later motorcycle and mopeds company, of the same name. It seems very probable, but I'm not sure.

(This bicycle was for sale at a swap meet, I don't think it sold, and I can put you into contact with the owner if you are interested in purchasing it.) 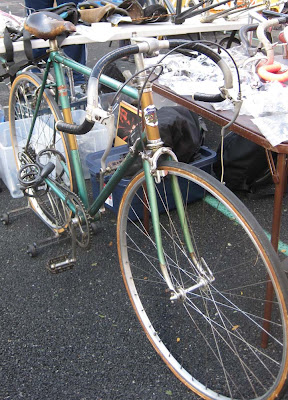 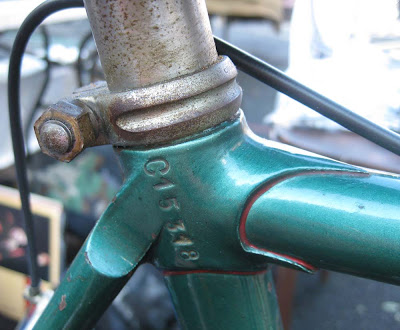 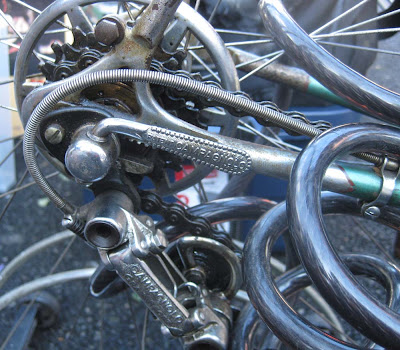 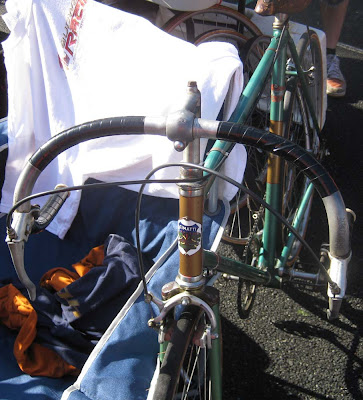 Marco Cimatti was a pro racer that raced for the Italian national team and won the men's Olympic 4000 meter team pursuit at the 1932 Los Angeles Olympics. He went on to have a distinguished journeyman racers career, highlighted by three stage wins at the 1937 Giro D'Italia. After he retired from the sport, he started a small bicycle building shop and produced what must have been a limited quantity of bikes as this is a seldom seen brand.

Posted by bikeville at 1:38 PM

HELLO! it compliments for this beautiful bicycle! also I have a bicycle of this company, after many searches I have uncovered that this company of bicycles is the same one of the factory of motorcycles, that it has closed in 1984