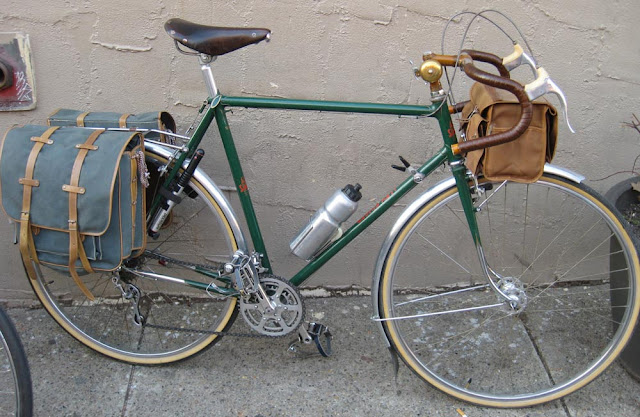 Customer's bike. They bought in the midwest recently, within the past few years, and from what I gather, it was a rescue, it was to be trashed or was found in the trash. The bike was thoroughly cleaned and the stem wouldn't polish up, so the owner wrapped and sewed on a piece of leather to cover the stem. Pretty good find.
I did advise the owner he should get in contact with Alex Singer Cycles to see about getting a replacement stem, because if it is as corroded as he suggested, it has to be a safety issue. I also mentioned he might want to do it sooner than later, as the main builder at Alex Singer for the past few decades recently passed away, Ernest Csuka. 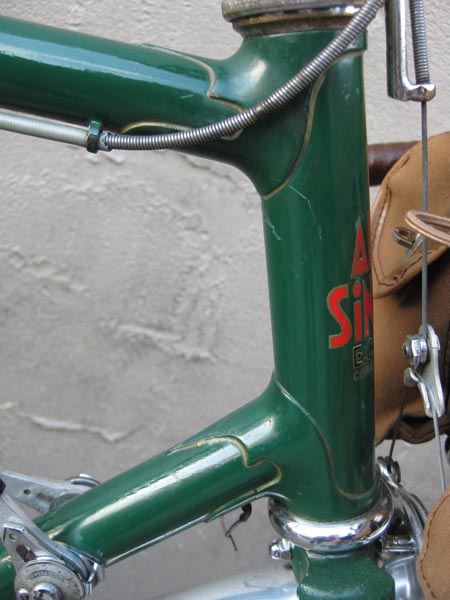 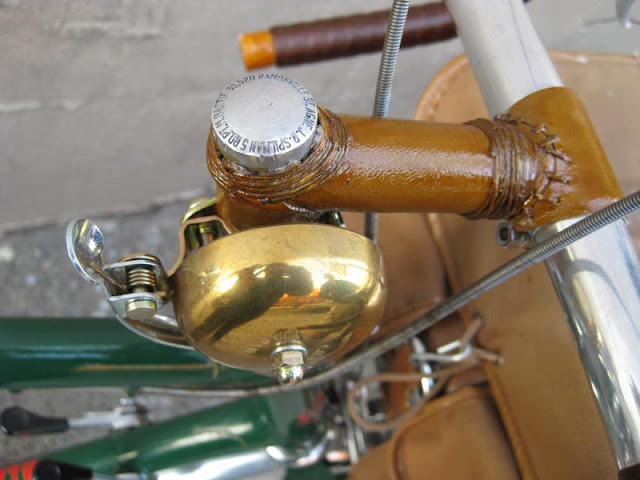 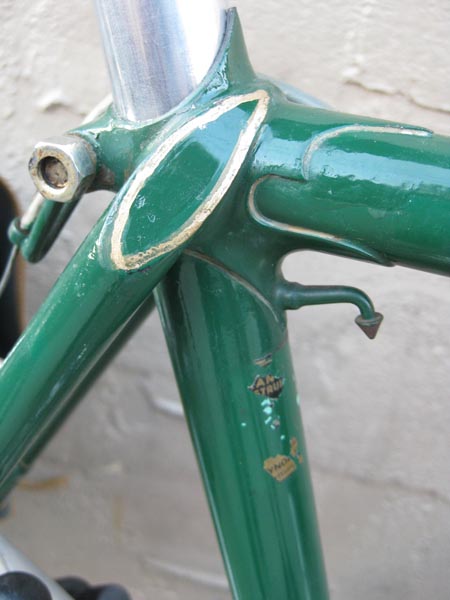 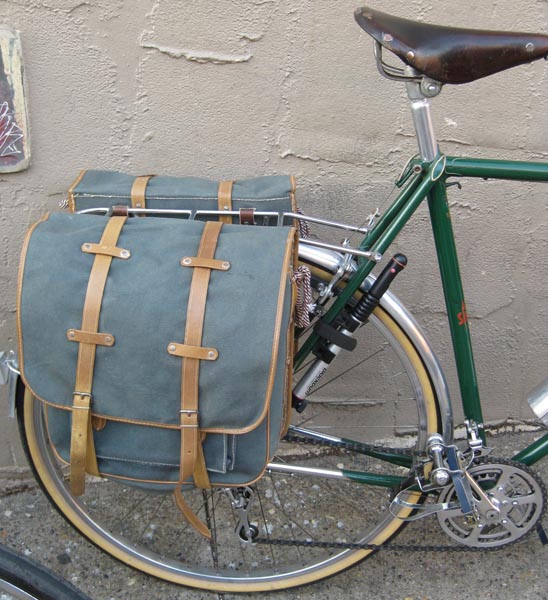 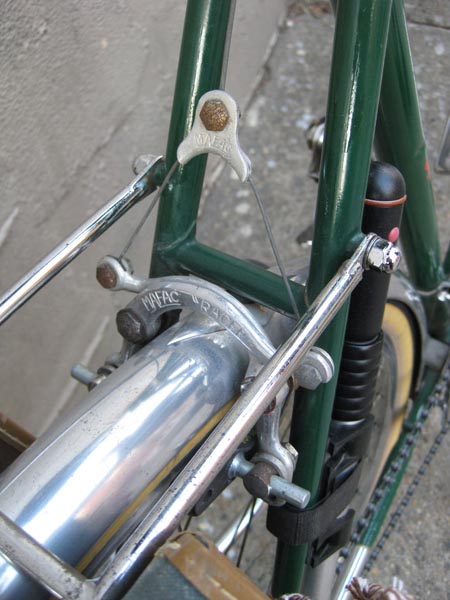 Revision- So the bike was found at a scrapyard, and the employee working there thought the bike was kind of nice and brought it to his local bike shop, where it sat there, rusty and dirty until it's current owner saw it in the corner and bought it. So this beautiful bike could have been lost for the ages, scrapped, recycled into a Walmart Huffy.
Posted by bikeville at 11:10 PM

I definitely drooled a little bit...