There were some cool lightweights at the Trexlertown swap meet this spring swap meet. There seemed to be more interesting bikes, than interesting parts. I wonder if the current trend of only bringing bicycles to swap meets rather than parts is prompted by sellers reluctant to sell the complete bikes on Ebay because of the hassle of buyers and then of shipping a complete bike. I hope sellers bring some parts back. 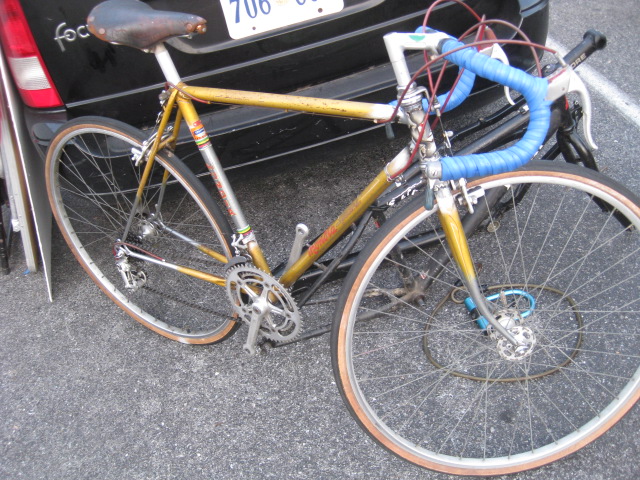 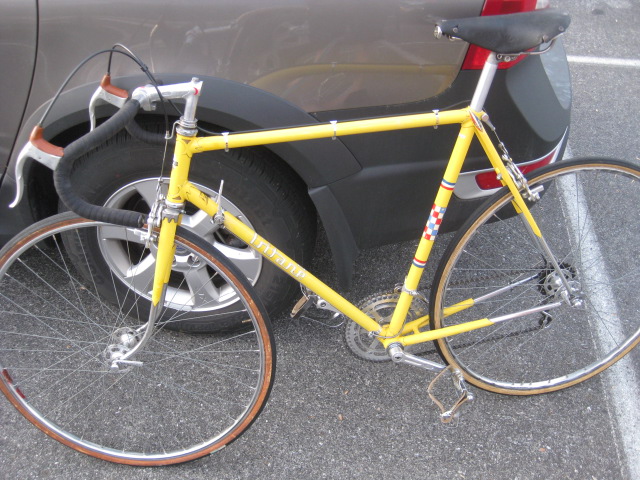 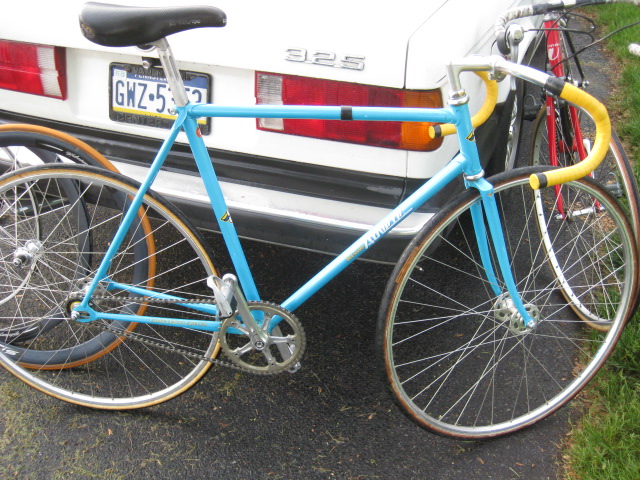 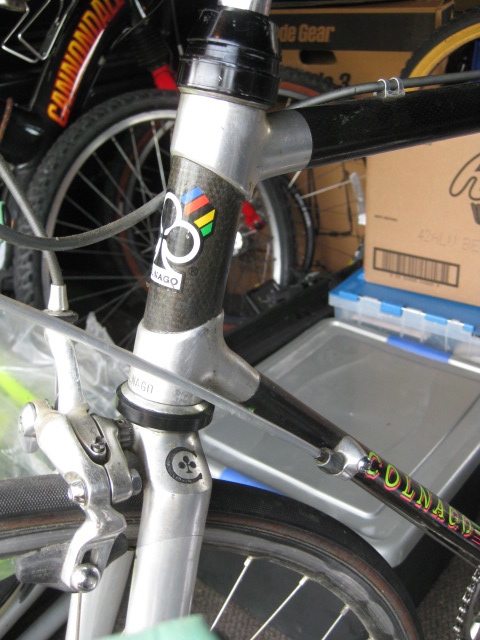 Rare late 1980s Colnago Carbitubo, twin downtubes like the Colnago Bi-titan. Developed with Ferarri Engineering, produced by Alan, this frameset has a history of failure. 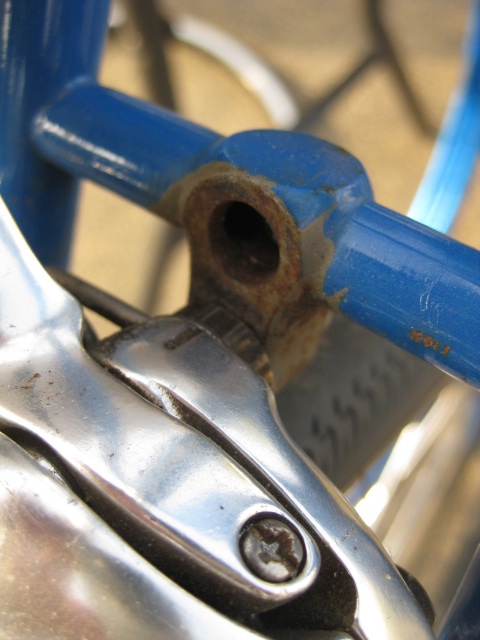 Repair on a Trek roadbike that had the wheels changed from 27"(630mmERD) to 700c(622mmERD). This "dropbolt" design doesn;t look that bad, compared to some repairs I have seen. and it somehow didn't destroy the paint in the area, too bad. 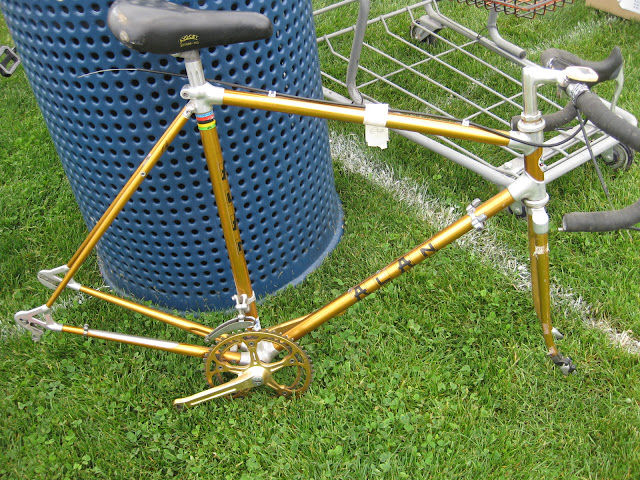 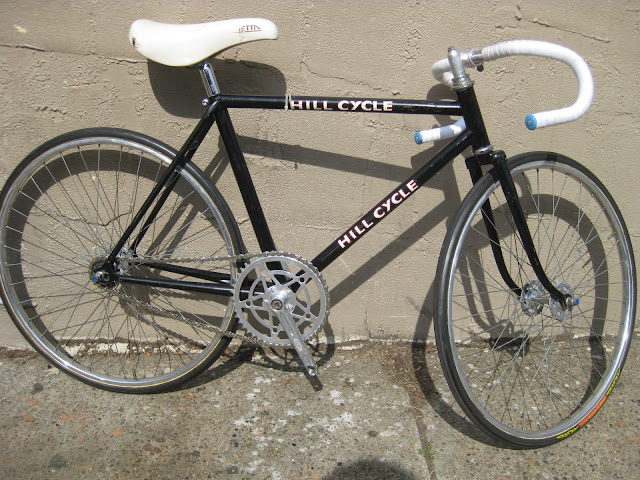