This is a pretty special bike. It was built by Koichi Yamaguchi in the mid 1980's for Huffy Corp. / Mike Melton. It was used in the 1986 World Championship time trial event and then used for the 1988 Olympics as a time trial training bike, where the rear seat stay was broken (see photo). It was then retired and given to Jerry Schultz, by Mr. Yamaguchi under the condition that it can never be sold. It was then given to us, by Jerry in the late 1990's. Again, under the condition that it never be sold. So, here it sits. It is a good conversation piece as most people see the decals and immediately dismiss it, or poke fun. I then have to explain the provenance and that it is a unique piece. We also have the letter of certification from Mr. Yamaguchi stating the above facts, very cool. These are the types of bikes that hold the most interest to me, actual race bikes that can be traced back to a specific event / athlete.  Enjoy the photos! 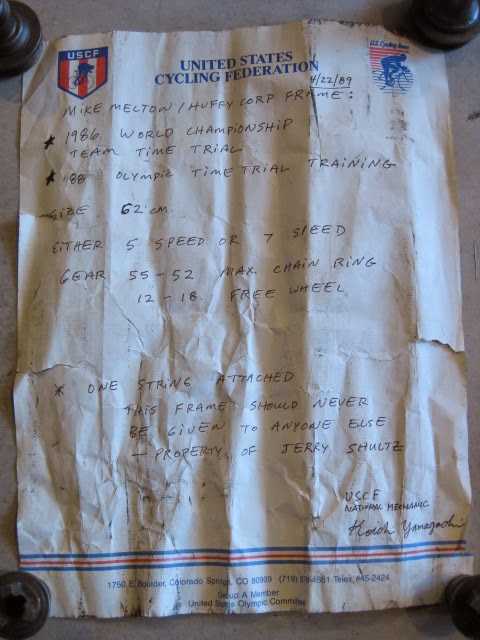 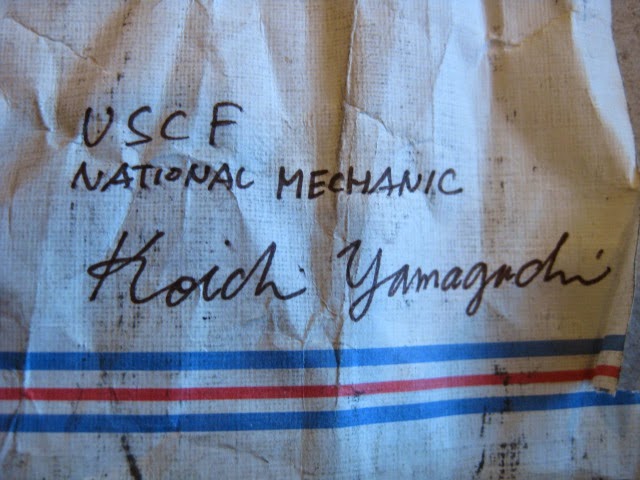 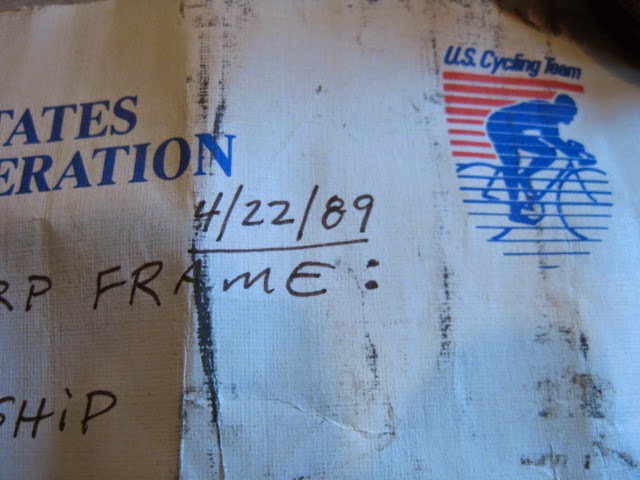 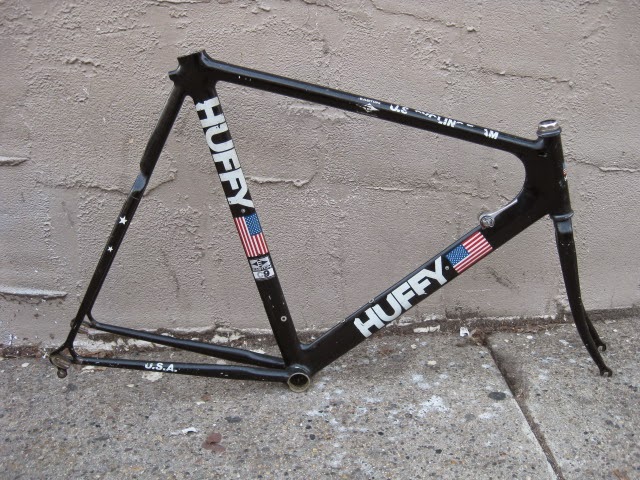 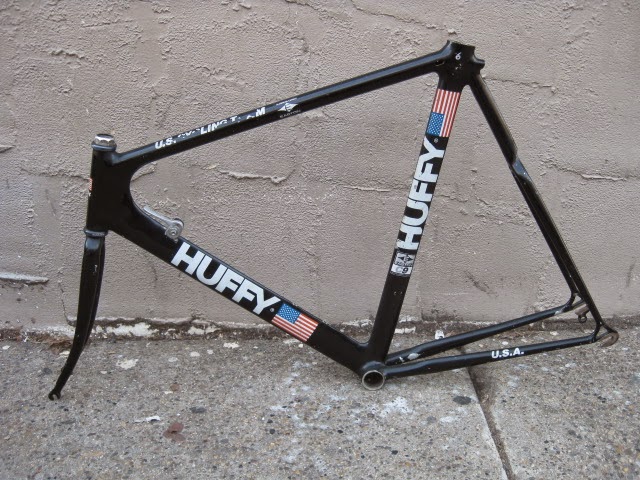 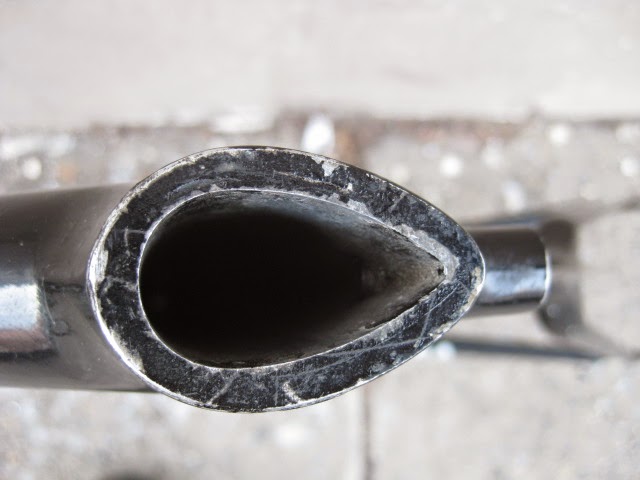 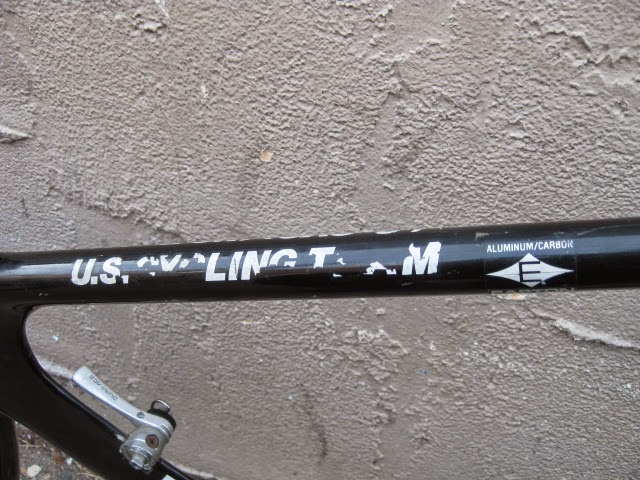 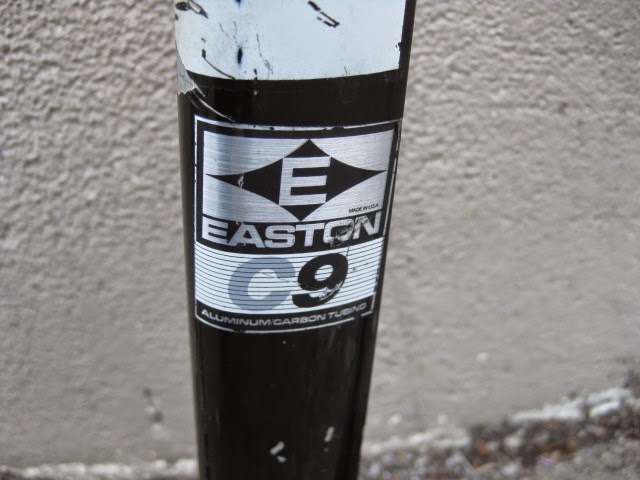 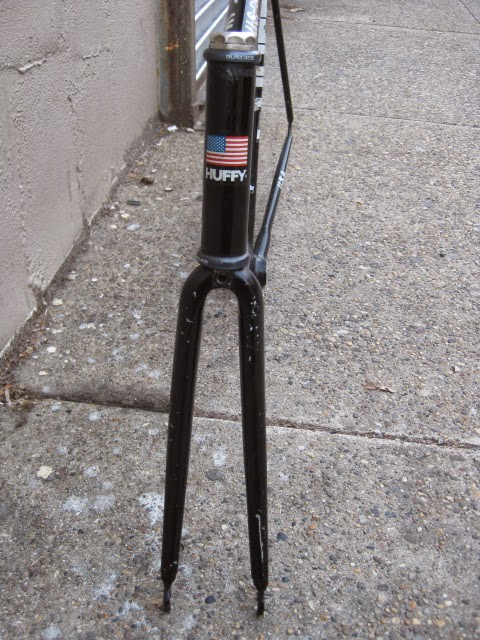 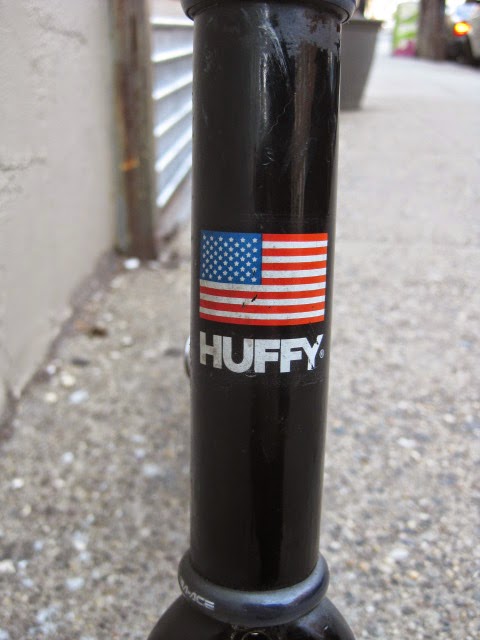 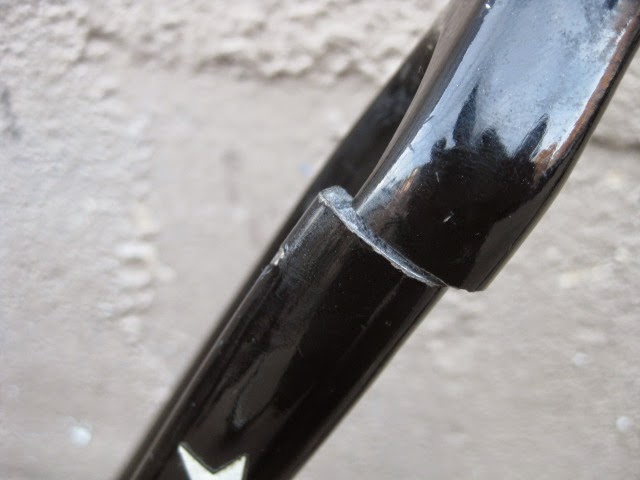 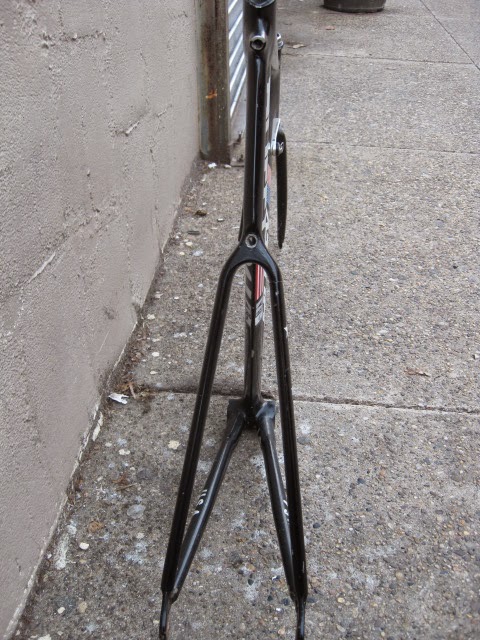