This is a bike / trike that I am surprised never made it to the blog yet. I was reminded of it because earlier in the week a similar trike came to my attention offered for sale on central NJ Craigslist. My size even! Here is a link to the listing. Bob jackson trike craigslist

The above photo is of the one for sale (no affiliation to us).
Ours is roughly from 1974 and the shop has owned it for close to 15 years. It is left hand drive, set up for British roads. Below is an explanation of the difficulties one can encounter riding such a set-up on American roads / tracks.
A single-sided drive trike -- especially a British single-sided driven by the left rear wheel -- presents problems, (or let's say potential challenges) to an American riding it on the right-hand side of the road. A left-side driven trike, in Britain, would tend to push one up out of the shoulder of the road surface toward the crown of the road -- a good thing -- compensating as it were for gravity and road surface. However, the opposite is the case if ridden on the right-hand side of the road, where the machine would tend to pitch one down the camber of the road into the margin, so that, to stay out of the shoulder, one would be constantly correcting against the mechanical impulse of being driven doward. With a one-wheel drive you're correcting anyway, but if you're also correcting for having a "wrong-side" drive, it's much more pronounced.

While I am not an expert on all the details of trike differentials, a differential will help compensate for the difference between the two rolling rates of the the rear wheels whilst turning and so provide better tracking around the bends. As you no doubt know, turning at speed on a trike is a tricky business to begin with! (taken from an email on the CR list regarding British trikes in the USA)

Ours is built from Columbus tubing, of note is the dual front brake set up and the unusual front brake cable hanger that mounts to the stem clamp. another detail at the back end is the use of Bottom bracket cups for the rear axles and the indented chain stays (as if a single rear wheel would be used !?). Very cool / rare piece that needs to be ridden more. Enjoy the photos! 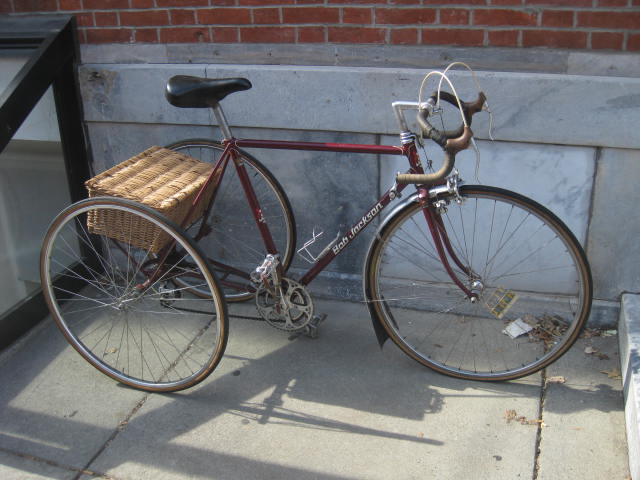 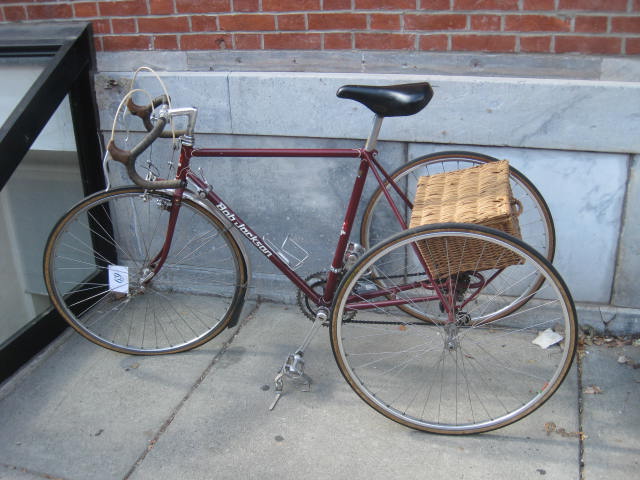 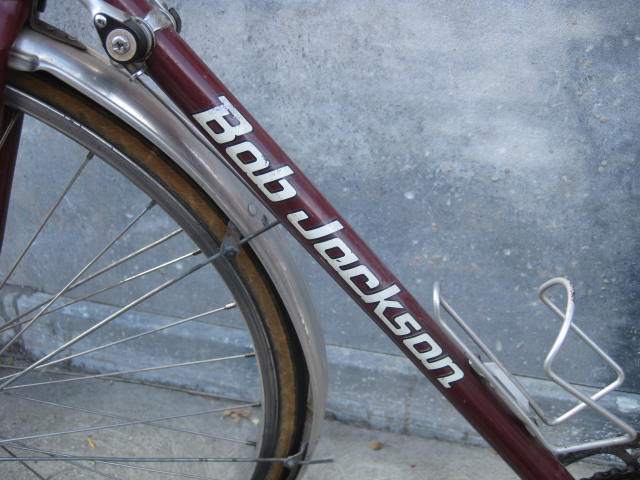 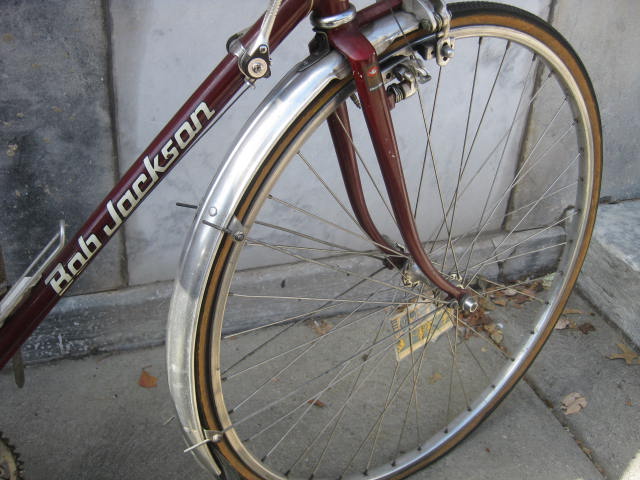 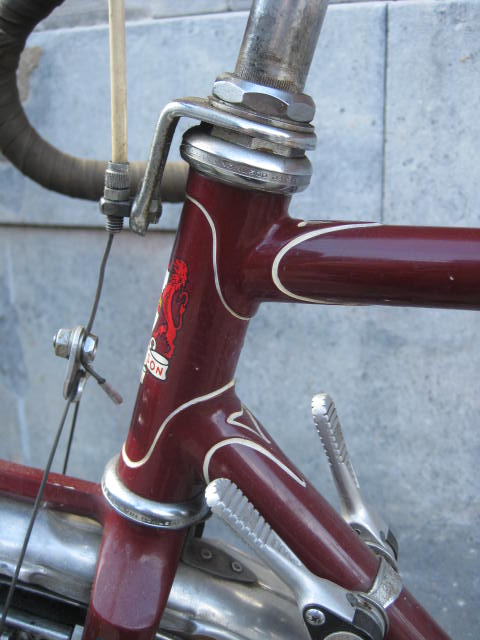 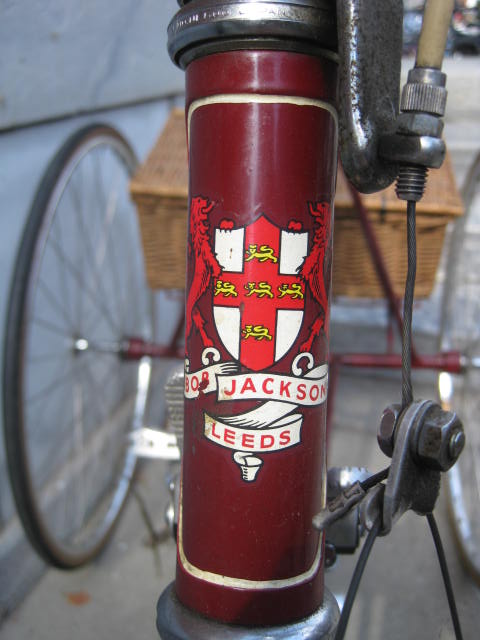 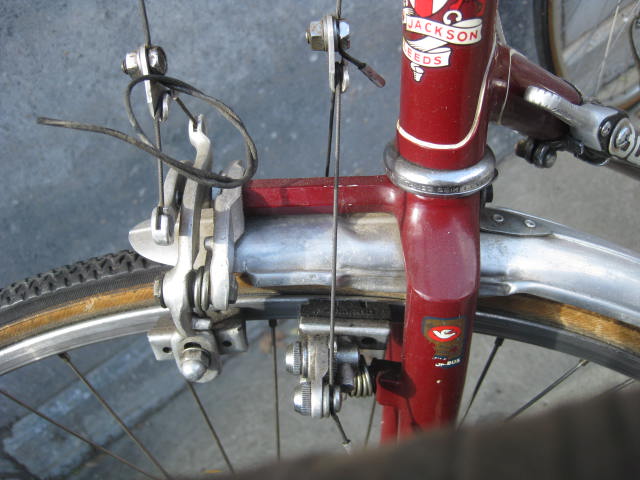 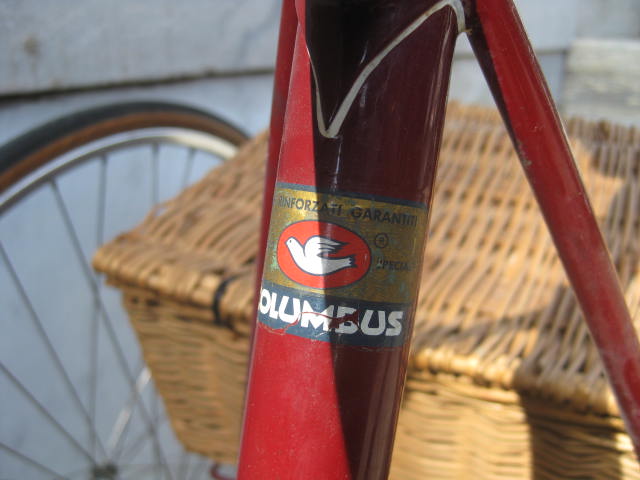 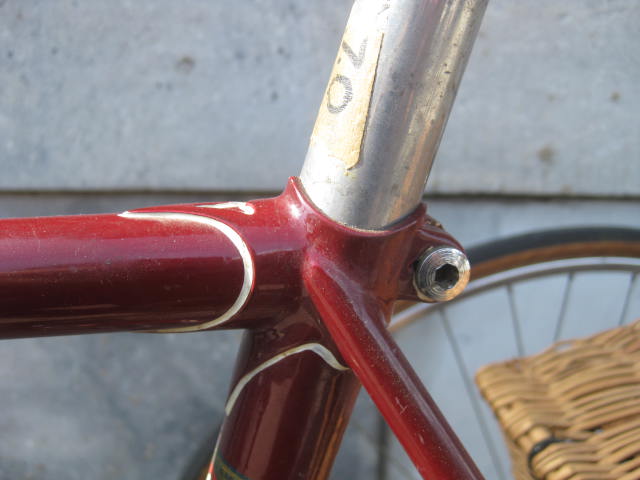 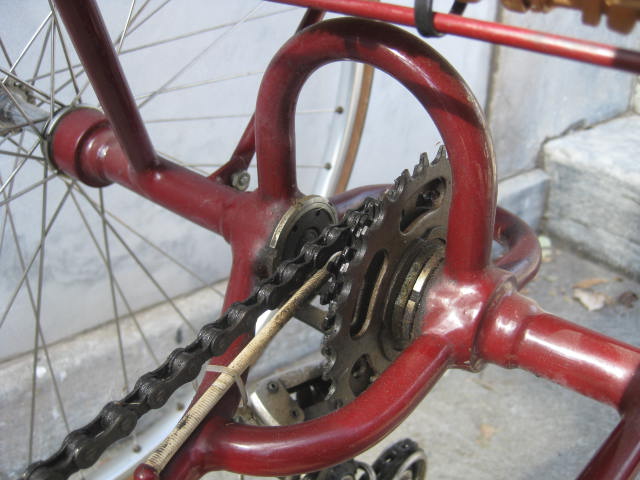 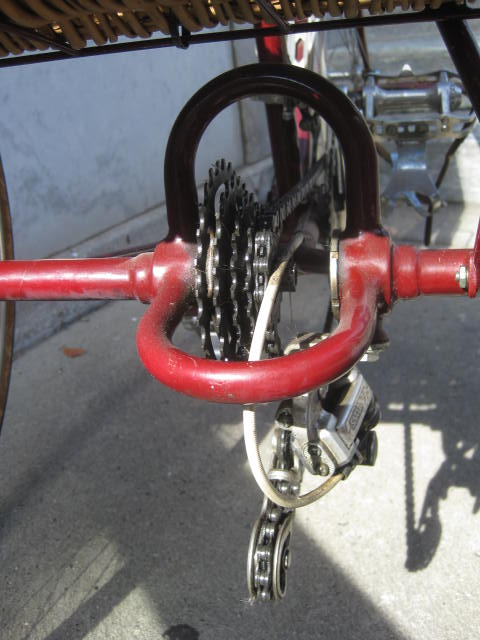 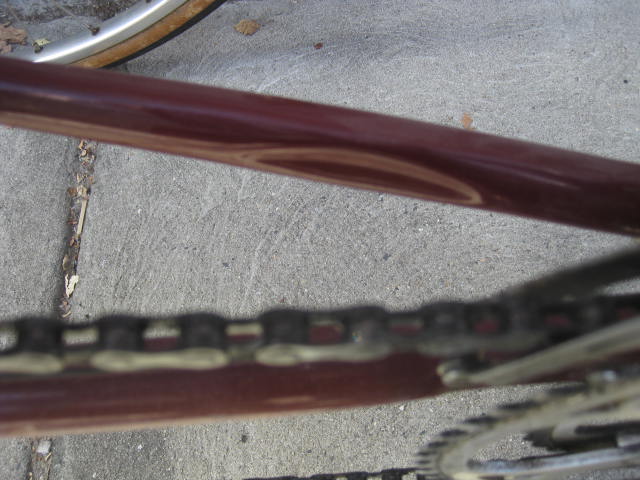 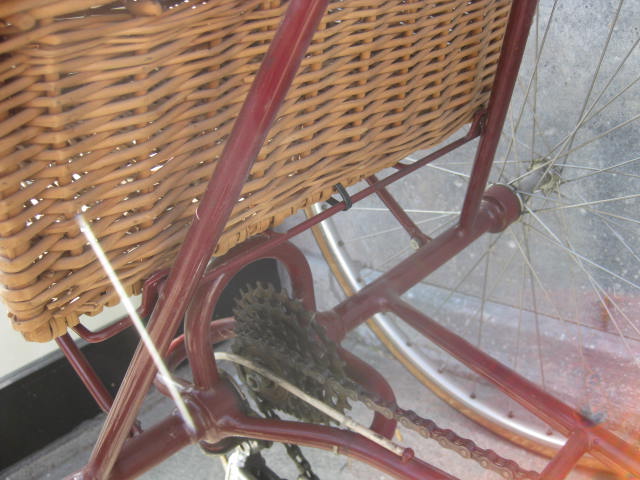 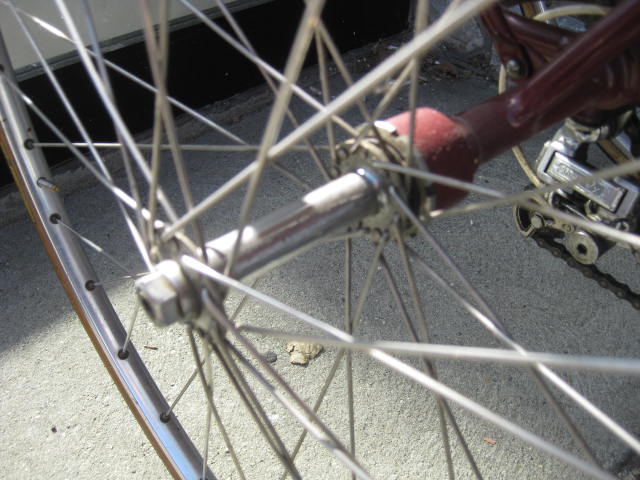 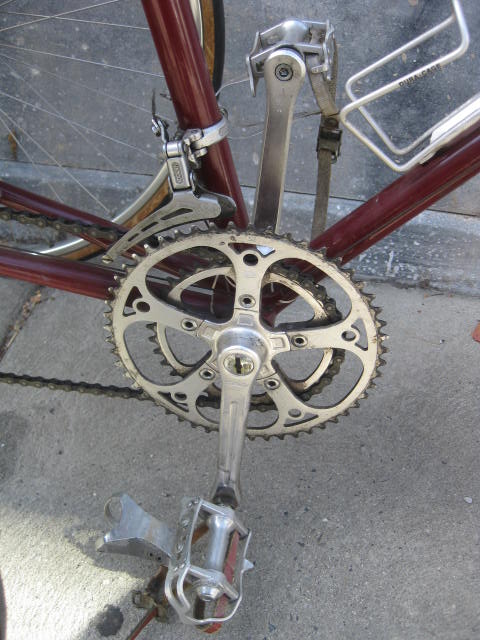 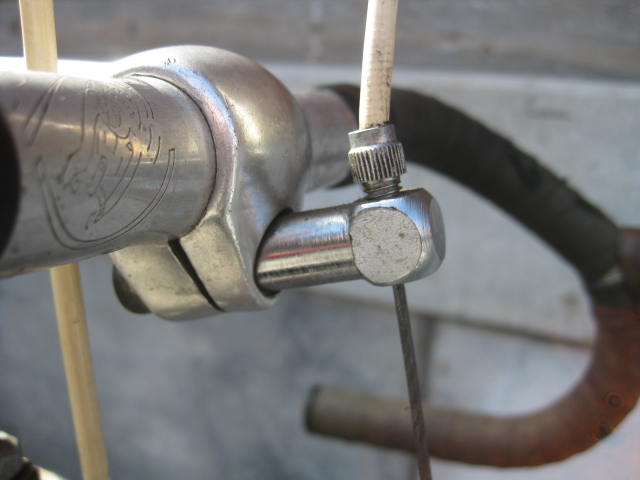 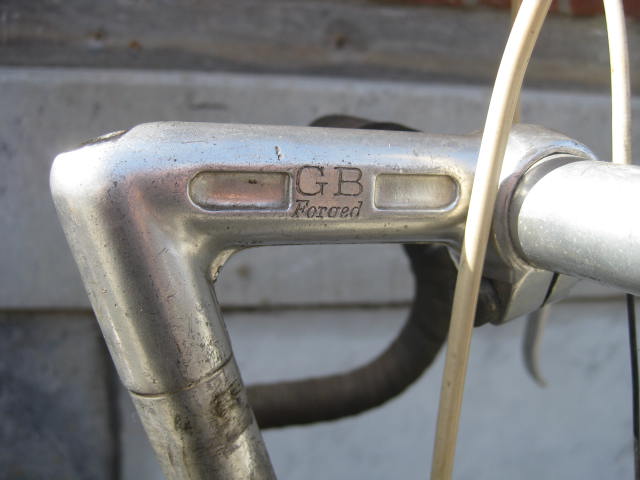 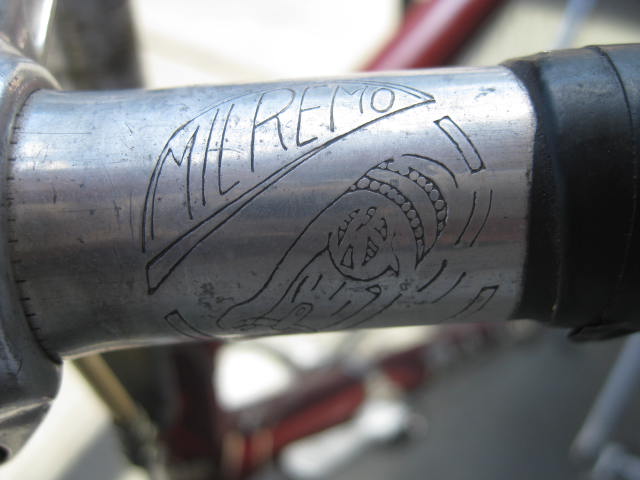 Excellent and helpful post… I am so glad to left comment on this. This has been a so interesting read, would love to read more here….
disc brake road wheels

At the same time Now i'm no guru relating to everything about trike differentials, a fabulous differential will assist to hire for those impact within couple of coming estimates for the the rear train wheels even when changing for that reason provide you with more suitable visitor in the bends.

An excellent together with useful post. We critically valued the concept. Regards regarding setting up beneath close to. Protect modernizing extra.

They can be a awesome page regards just for stating this approach revealing knowledge. I'm going to head to your site habitually for some serious best and newest content.

Great bike ! I have many useful things in this post. I will be considered about it when I want to get bike in the future.

Interesting read. Very helpful especially for an up and coming bike hobbyist. Thank you for the knowledge.

Very nice and interesting racing trike. This bike is needed for the one who can not be able to ride also for those who have lost their legs.