In 1950, after winning the Belfast to Dublin Race.

As a member of Windsor CC and later Northern CC George represented Ireland on numerous occasions throughout the 1950's. He was a former All Ireland 50 Mile TT Champion and held two place to place records - Belfast to Dublin and Belfast to Derry.
In later years George was prominent in promoting Youth Cycling in Ulster bringing teams to the ESCA championships and the Junior Tour.

Notice the handlebar mounted double waterbottles and bell. Appears to have Bowden brakes calipers and levers(very high end components)
True racing bike, not even a brazeon for a light bracket on the fork, which was ubiquitous at this time on British bikes. Spare tubular tire wrapped around his shoulders, the race must have been unsupported(riders had to fix their own bikes back then), unheard of now days.
I love the old jerseys with the pockets in the front, such a classic look.

Any more information on him would be greatly appreciated.

(Photograph comes courtesy of his son, who recently was bequeathed his father's 1952 Mercian frameset. Super nice dude too!) 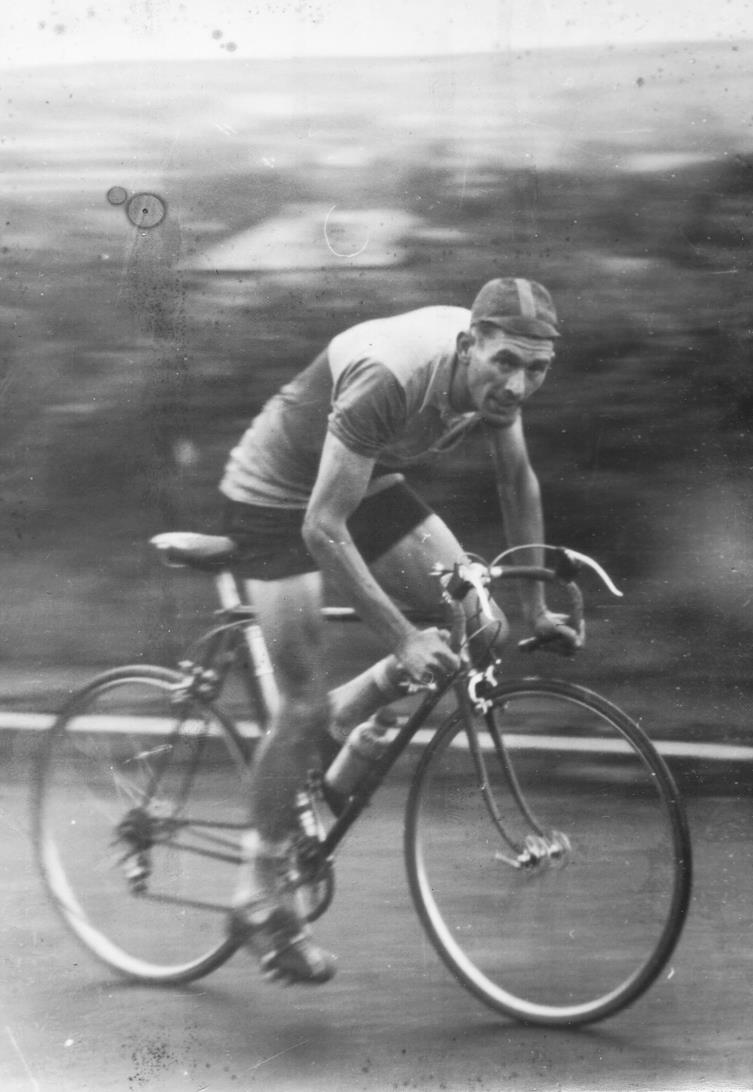 Posted by bikeville at 9:54 AM