Our season is back in full swing here at Via Bicycle, so I have not had a lot of time for internet stuff or blogging. Today is an exception, so I figured i would do another bike profile.
This is a pretty neat machine. It is a late 40's Elswick Hopper. It belonged to Gerald Casale's wife, Julie. Mr. Casale was the owner of Hill Cycle here in the Chestnut Hill section of our city and his son Jerry Casale was one of the men who started the Core States race here in Philadelphia, now called the Philly Cycling Classic.
Another interesting thing about this bike is the "Vampire" decal on the down tube. I associate the Vampire model with the extremely rare Vampire Convincable model from the late 1950's. Only two are known to exist in the USA. link here! The link is an older post from this blog about the model. Very cool bike! I was present when the bike changed owners. It was a special opportunity to see such a rarity it in its as found condition. There also was a Vampire model without the unique bottom bracket/ chainring set up from the same time period. I am not aware of a ladies model Vampire though, so if anyone has any info, it would be much appreciated.
The reason i say the bike is from the late 1940's is because of the rear derailleur. It is a Cyclo Super Olympic model, which was around from about 1947-1949. I realize that this could have been added later as well. Also, there were few British bikes that used derailleurs at that point. The Brits favored hub gears as a general rule. So, it is intriguing on a few different points.
Enjoy the photos! 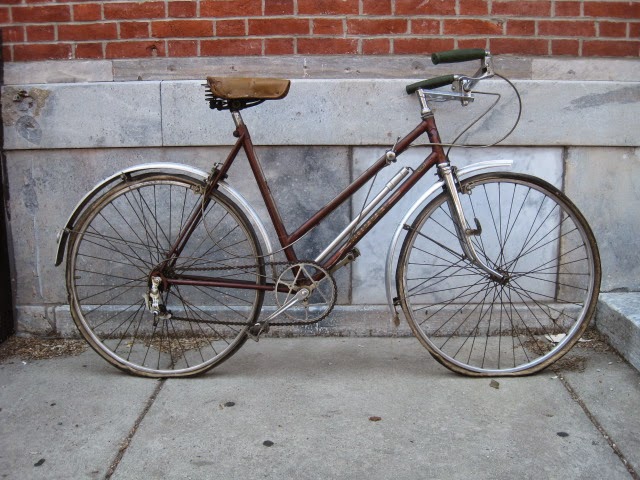 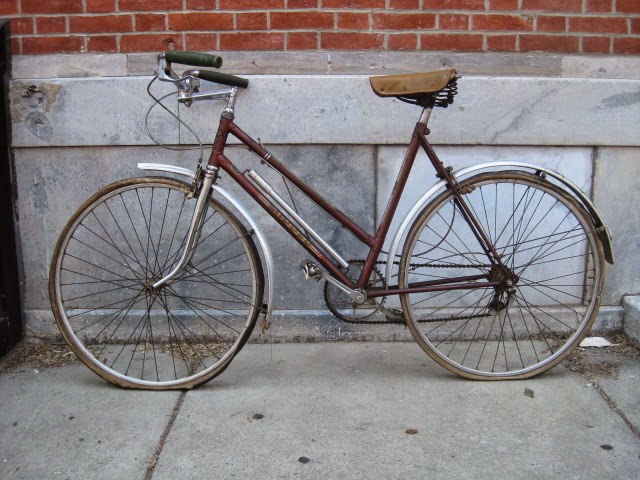 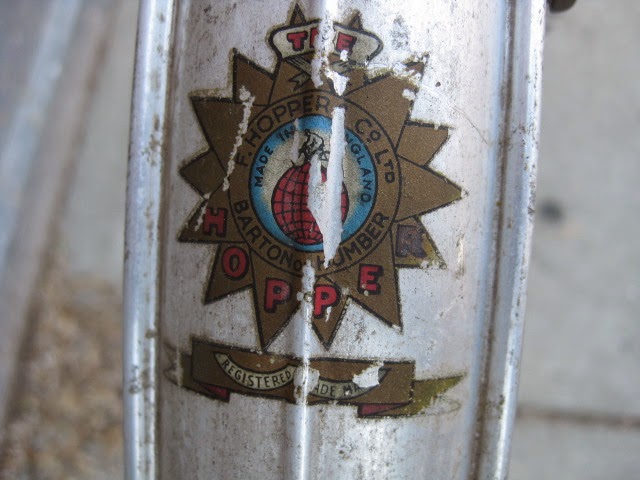 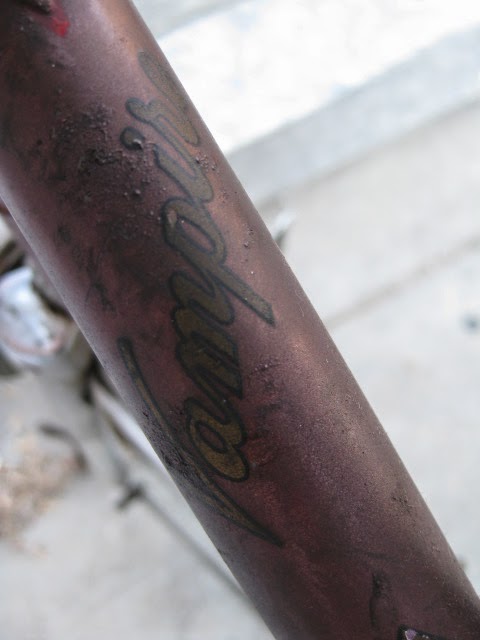 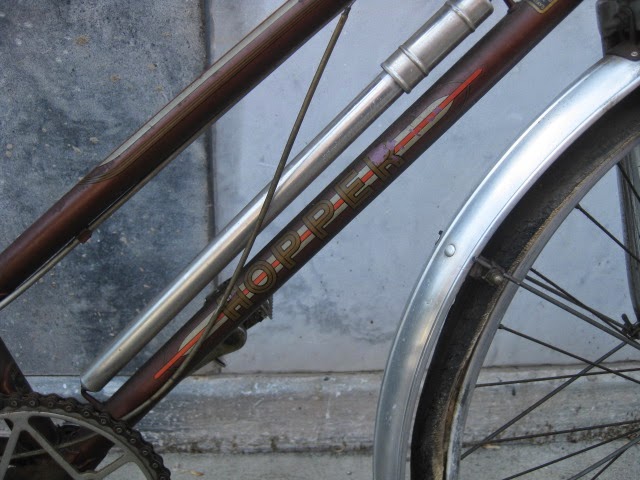 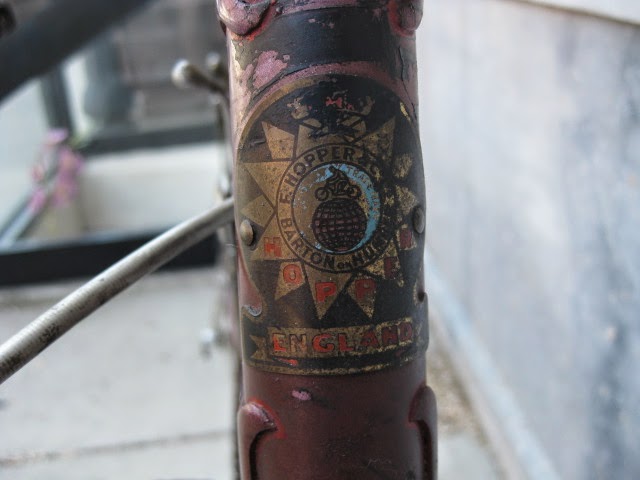 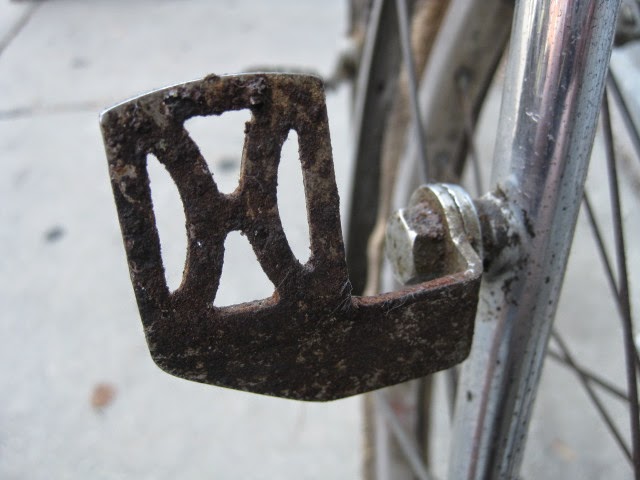 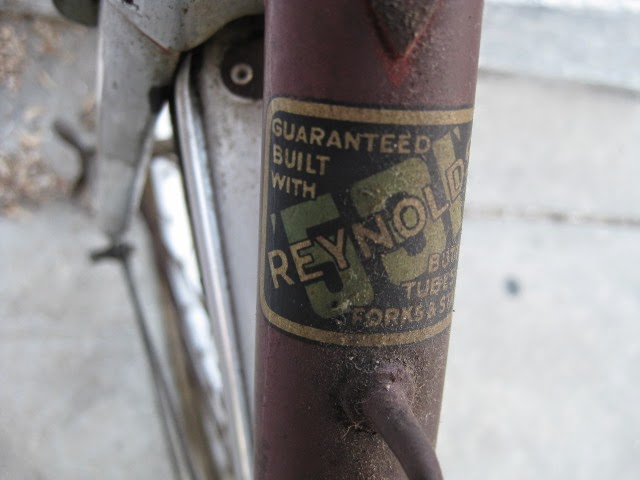 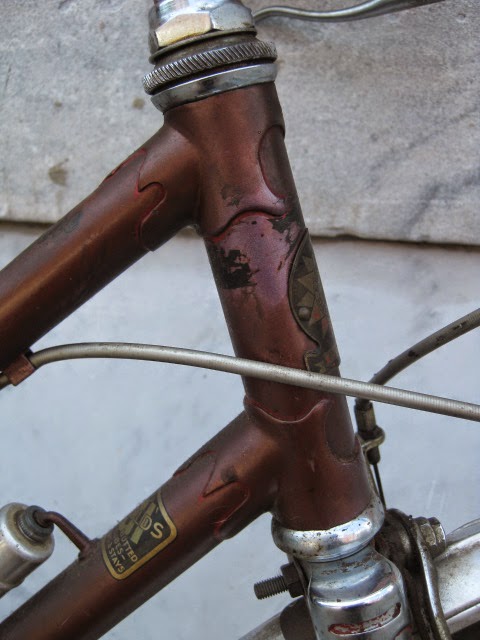 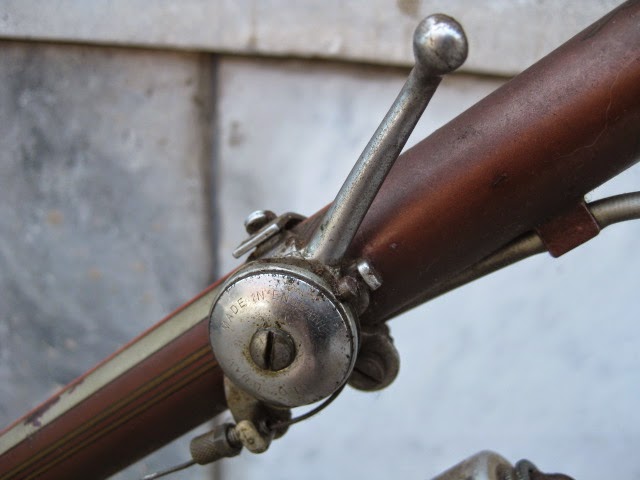 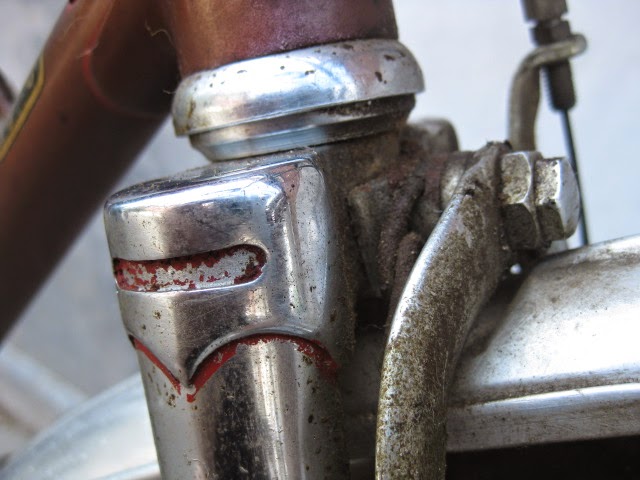 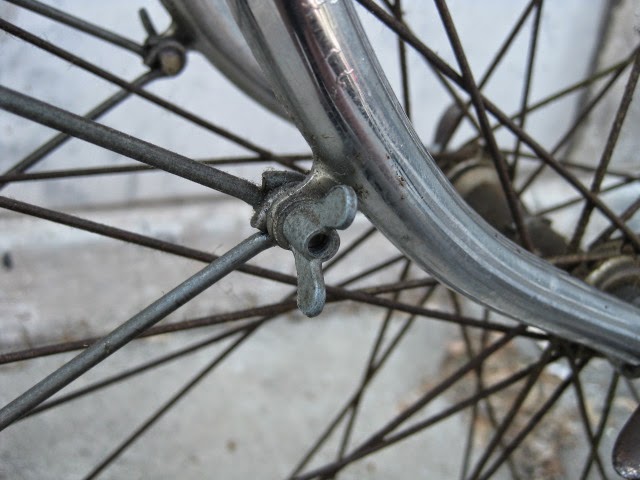 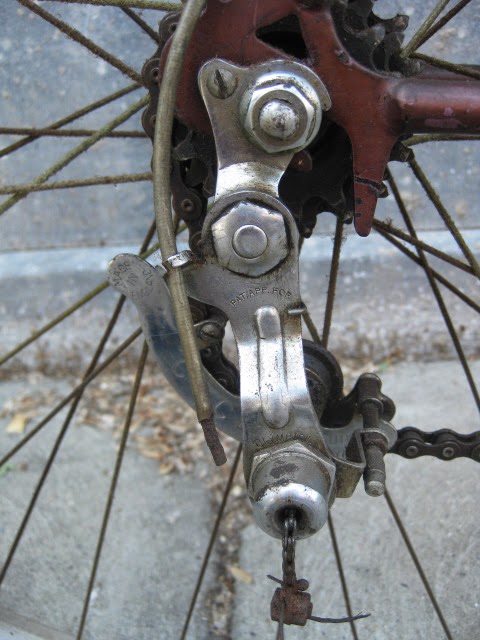 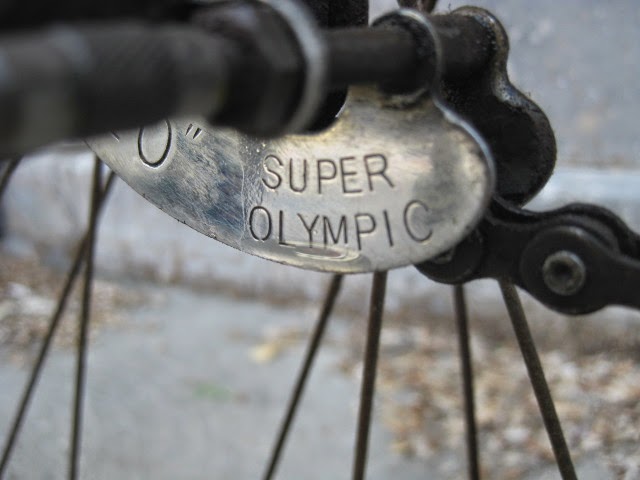 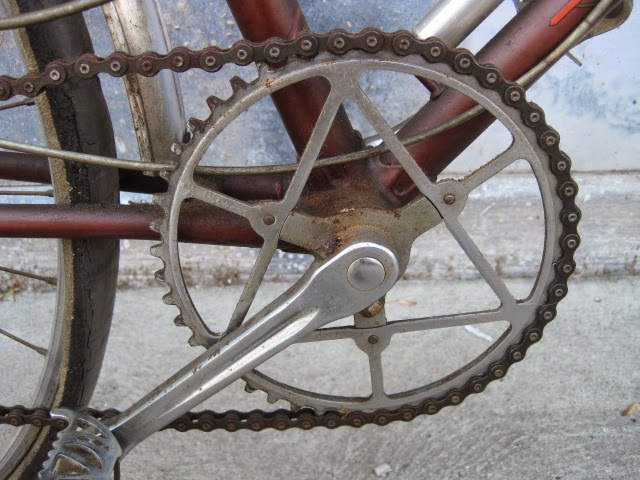 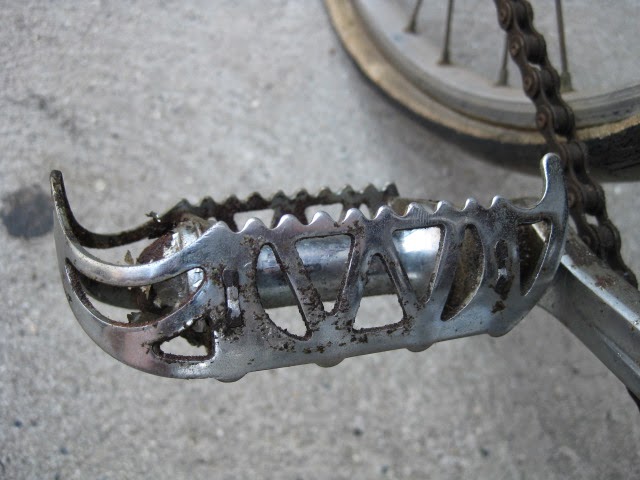 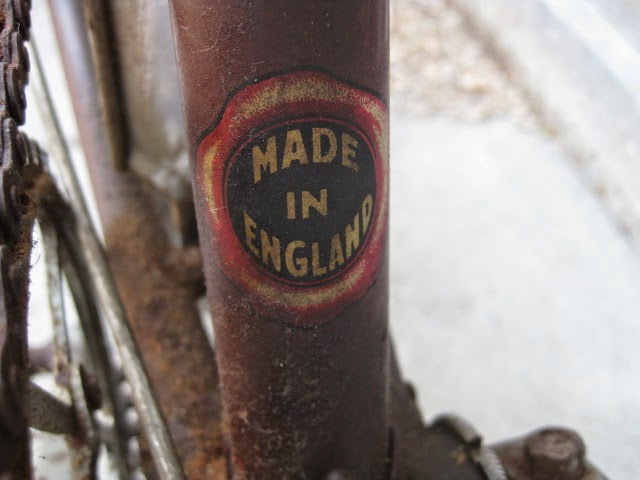 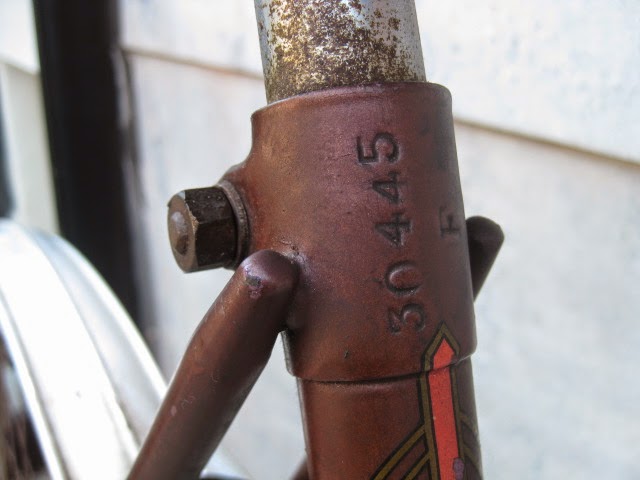 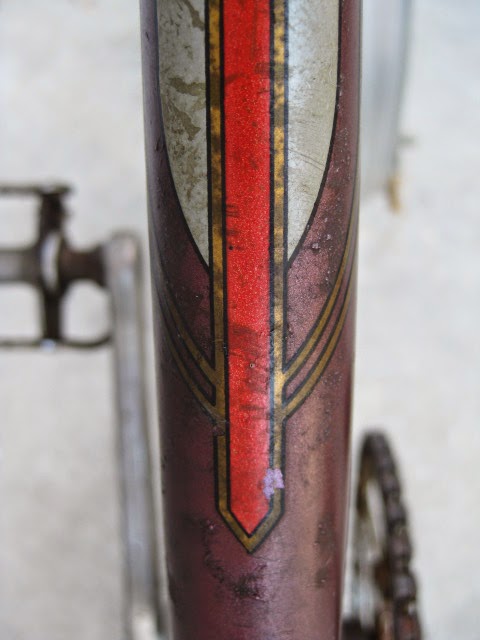 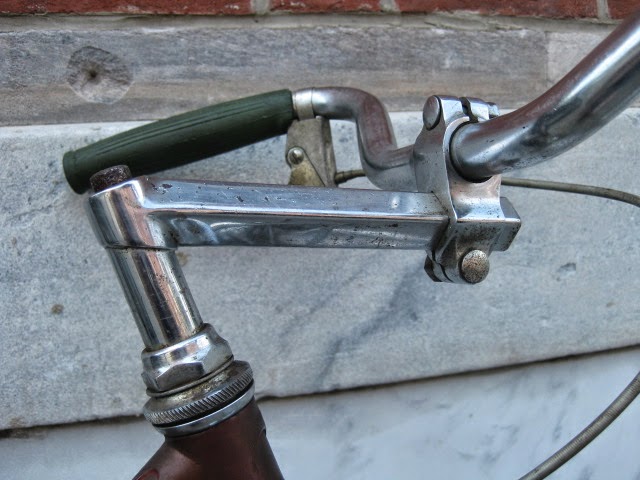 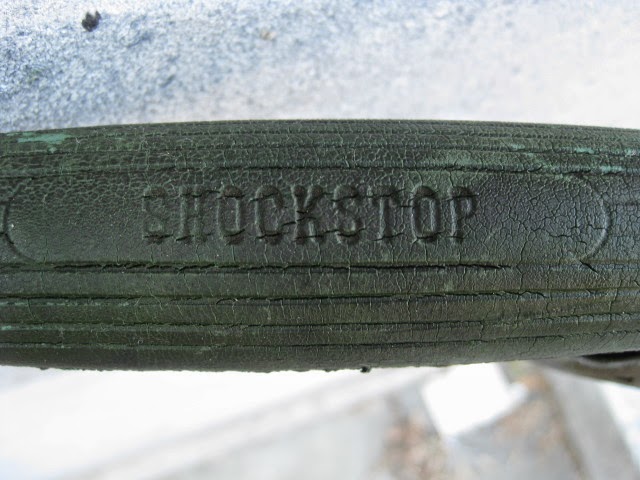 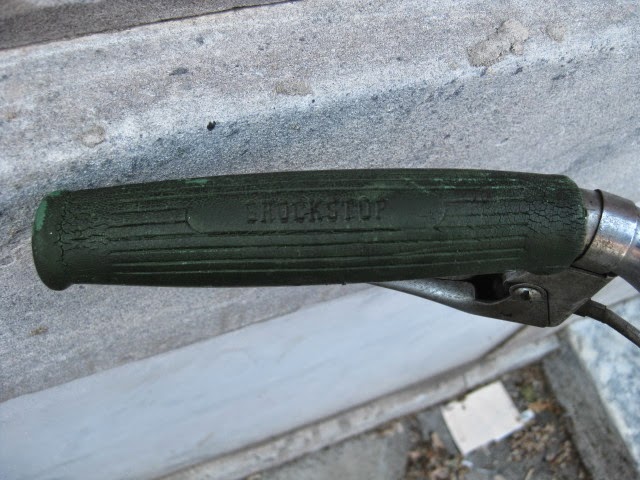 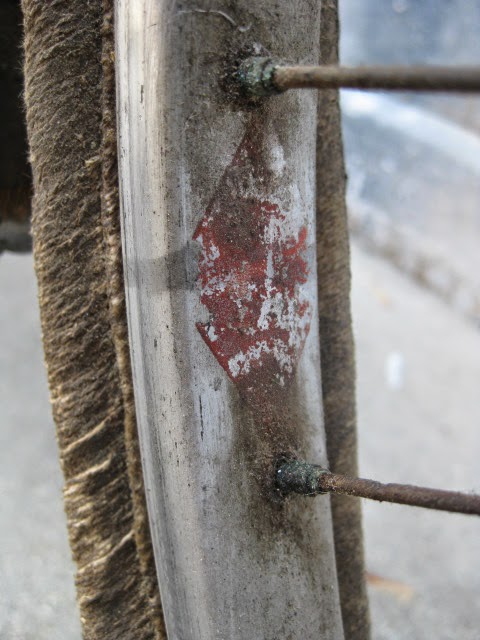 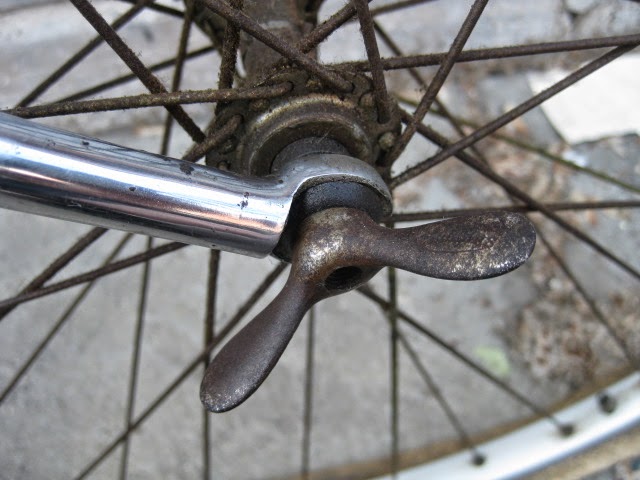 Posted by bikeville at 4:19 PM

I have a matching set of "His/Hers" Elswick-Hopper "Vampires" from the original family, bought new in '49.. Hans Ohrt import stickers, etc... wonderful, beautiful, ole' gals... (guy and gal). They are not step through. I've never seen a step through "Vampire".... super cool.

I have a Vampire. I believe it's from the late 1950s. I've owned it for more than 50 years. 531 tubing, chrome fork, Dunlap rims with stainless steel spokes, Brooks saddle,Cycle gears. I replaced the gears with Campagnolo and the brakes with Shimano, but kept all the original parts. It's a very soft frame and compared to modern bikes it's a chore to ride, but it's very special.