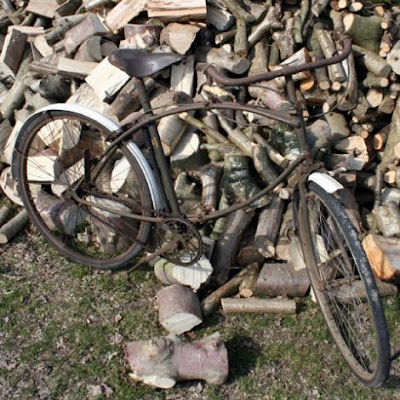 A customer brought in a wartime BSA Paratrooper bicycle. The bicycle folds in half and was used in service by British paratroopers, during WWII.
We are looking for a set of brakes, unique to the bicycle, not sure if available on other model bicycles. And we are looking for the BSA saddle for the bike.
(disclaimer- these are not photographs of the bicycle we have at the shop, but from photos online HERE, where someone was trying to sell a complete bicycle.)

History(from http://bcoy1cpb.pacdat.net/bsa_airborne_bicycles_%28aka_parabike%29.htm)
"Analysis of the serial numbers indicate that over 70,000 were made. They are now considered to be rare, and collectible. Many were sold surplus after WWII for as little as Canadian $3.95 from Capital Iron in Victoria BC, to Cdn $9.95 from the Hudson's Bay Company.

The early airborne bicycles had twin columns under the seat. Later models, which appeared sometime between serial numbers R8000 and R13000 had a single column under the seat.

These bikes are often called "parabikes" by collectors, but so far it seems that this is an erroneous term. This appears to be a post-war nickname applied to a commercial variant. The only war time manual references found so far clearly call it the "airborne bicycle".

The bike was designed to be folded in half and carried on board an aircraft. It could be landed by glider, thrown out of the aircraft with its own small parachute, or carried by a paratrooper as he jumped out of his aircraft. It was NOT carried on his back as some authors have suggested, as he had his parachute there.

By the time of the big invasion of June 1944, larger gliders were available and other larger vehicles were available, so the folding bicycle was already obsolescent.

The paratroopers disliked them and the main combat use was by infantry in the second wave on the British (2 beaches) and Canadian (1 beach) on D-Day, 1944 June 06. The other two beaches were American and they did not use them apparently. The soldiers disliked the bikes intensely and most were discarded within a few miles of the beach." 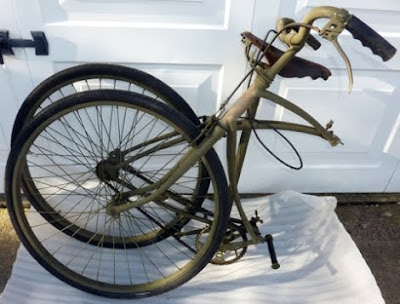 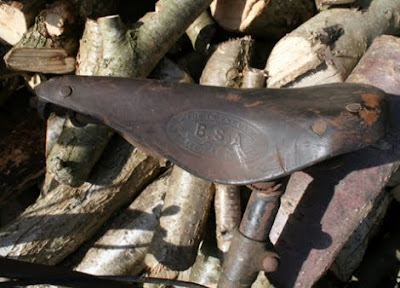 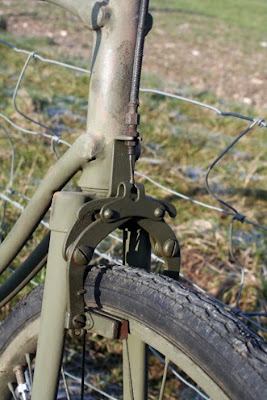 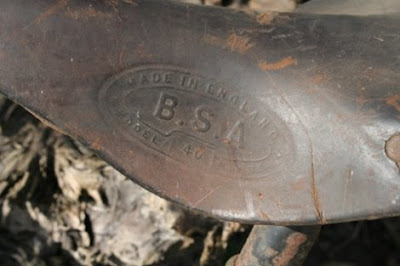 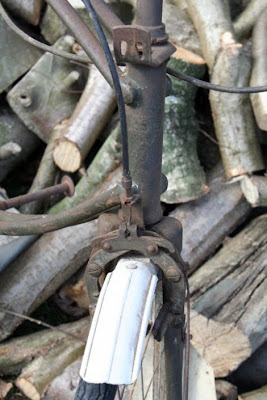 There's a supplier in the UK called something like WW2 quartermaster (or similar) who sells some repro parts (grips and brake cables, for example) and is supposed to be adding the BSA airbourne brakes to their line. Most of the unique parts were missing from mine when I got it, so I'm on an even bigger hunt than you.

I believe I spoke to you briefly at the last Dudley swap about recreating the paratrooper crank and pedal setup. If possible, I'd greatly appreciate a chance to get some detailed measurements and closeup pics of the sliding pedals so that I could do the same.

Did you find the stuff. No luck right now. I am missing a few compenents like pads, brakes and brake lever.