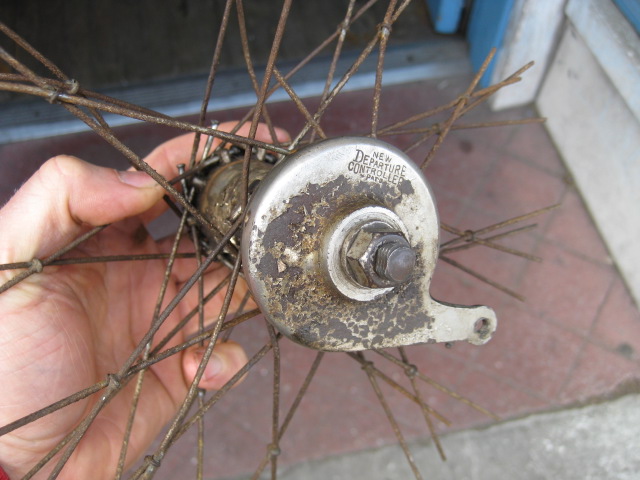 New Departure Controller coaster brake hub. This is an early one, notice the brake arm on the driveside(no cog affixed in the photo). It is also takes straight-pull(or sometimes referred to as button head) spokes.
New Departure began in 1888 producing doorbells and by 1898, they produced their first bicycle coaster brake hub. They later were purchased by General Motors in 1916. New Departure hubs, the later model D hubs particularity, were known for their great modulation in braking and were found on popular Schwinn Phantoms bicycles.

(from researching,  this appears to be the only photographs of the New Departure Controller hub online. I hope to keep putting more weird and esoteric bicycle parts online) 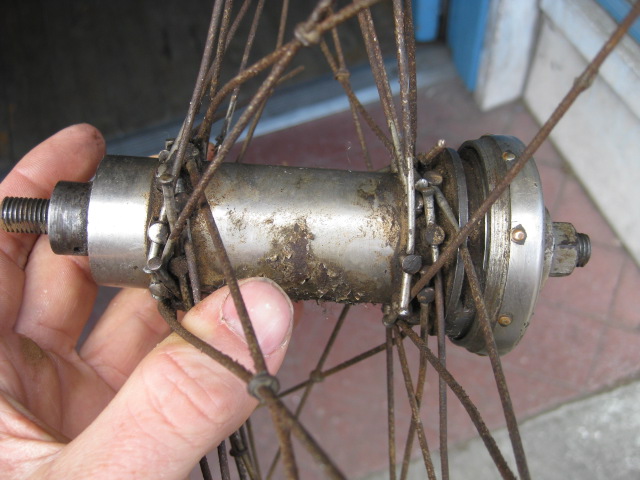 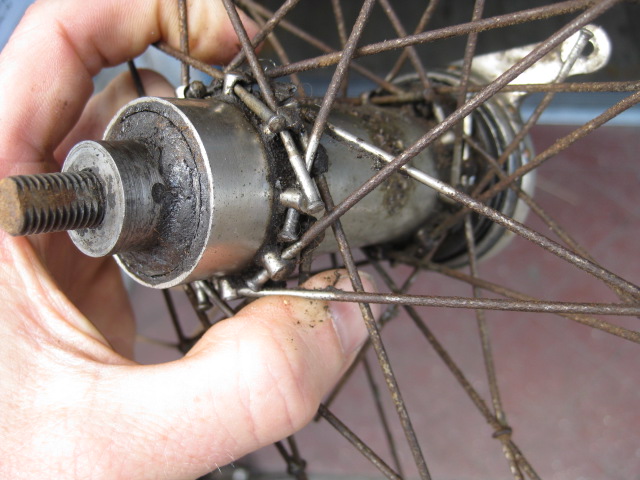 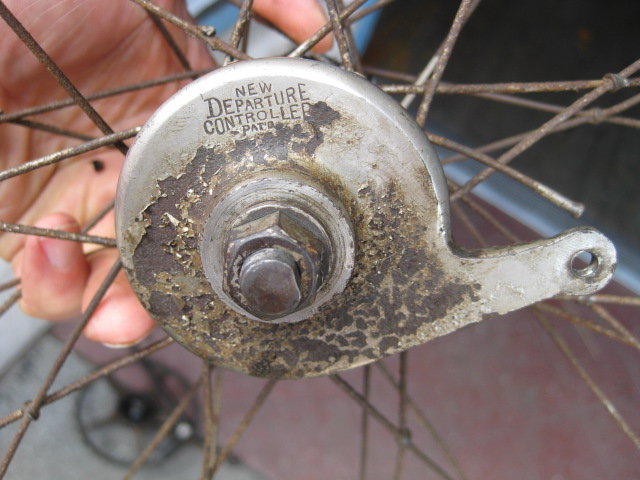 Posted by bikeville at 7:24 AM

I am currently researching the beginnings of the coaster brake & have posted your pics on the CABE hoping to find out more in a thread I have going on there on early Corbin & New Departure Coaster brakes. Here's what I can tell you from my findings so far.

The beginning - you have "THE" direct predecessor of what we know as the coaster brake.

Here's what I have written so far in my thread on the beginnings of the Coaster Brake: "The bicycle coaster brake was invented by New Departure (ND Bell Co.) sometime in the 1897-98 period. Early in 1897, the company created the so-called "controller." This was a device that acted as decelerator and also permitted coasting but was not a true "coaster brake". (This is your "New Departure Controller") In December of 1898 the company, because it didn't have the machinery, ND contracted with the P.&F. Corbin Co. of New Britain, Connecticut, to make 5,000 true coaster brakes... the first known order. ( This one is the "THE NEW DEPARTURE COASTER BRAKE & HUB, PATENTED, MF'D BY P&F CORBIN" on machined brake arm aka "New Departure Automatic Coaster & Brake" in catalog) Each concern was to sell the gadget that "brought the bike back".... They were marketed under the name of New Departure. In 1899 P.&F. Corbin Co. undertook to make its own brakes (continuing to use the New Departure name until at least 1906), and so in late 1899 New Departure produced the first at its own plant, The "New Departure" Automatic Coaster. (Post #120) NOTE: This proves both companies had a working/sales partnership from 1898 to 1899 only."

I think I have found the patent on it too but still researching that. If I nail it down I'll be posting it on the CABE thread. You can find me as "Gary Mc" on the CABE site if you are a member & wish to contact me (Classic and Antique Bike Exchange).

Thanks & hope this helps.

P.S. Also hope you don't mind I used your pics to further this research.