1983 Moretti road bike owned by Peter Gilbert..  Little touches like the stripes on the hubs and in the headset spacers make bikes like this a treat to look at in a show like Cirque.
Named after Caesar Moretti- a six day bike racer from the 1930s-1950s, some were imported Bertins and others were supposedly built in Italy. This light blue bike was built by Eric Parker.
(I'm not sure if it is the same Caesar Moretti, but there are New York Times sports blurbs about an Italian Champion Caesar Moretti racing against Frank Kramer, Alf Goulet and Bobby Walthour- August 1914 and Sept. 1914) 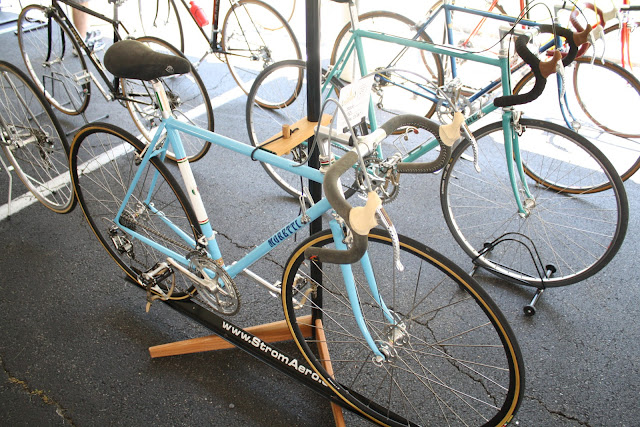 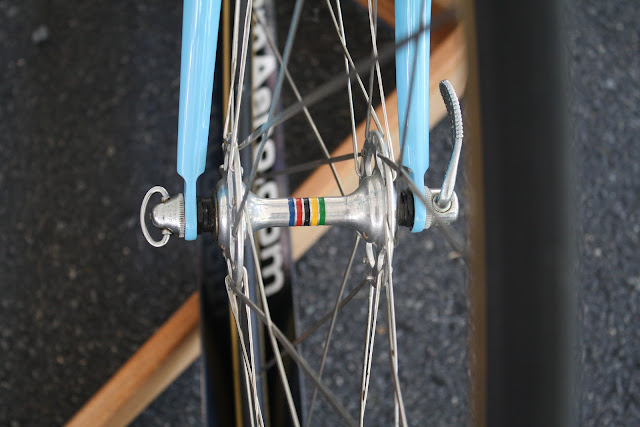 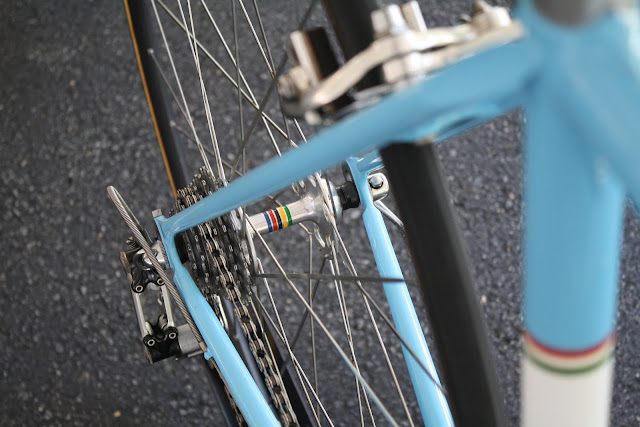 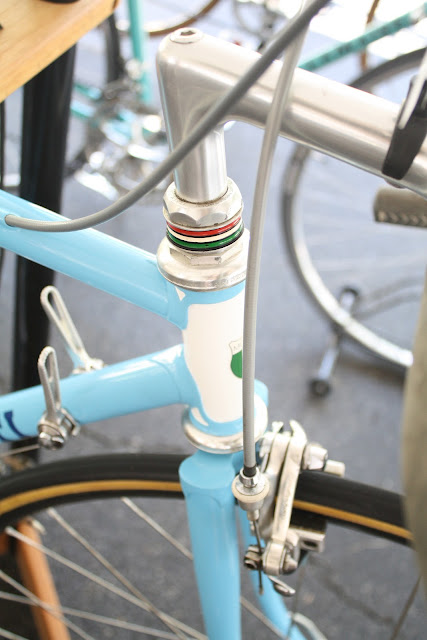 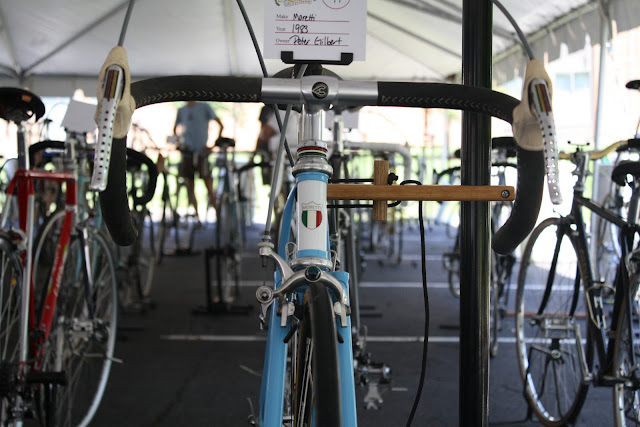 Campagnolo Cobalto brakes and WCS stripes on the brake levers.
Posted by Aaron at 8:00 AM

I had a 62 cm Moretti in 1977; lost track of it after the racing career ended. Recently a former team mate friend gave me his Moretti frame, same size, that according to him came in the same shipment with my original. Just built it up, so it's like I got mine back in a way. Classic Italian, Columbus tubing; awesome ;-).