This is a really nice bike in disguise. It also has one or two issues which I will get to. Still, a good restoration candidate. Here are the details. It is a Masi built in the Carlsbad, CA shop around 1975. Serial number is 0242 stamped on the BB shell which means it is the 1,242nd frame to come out of that shop which was under the oversight of Mario Confente at that time. It is unknown if he actually built this bike. The other BB shell stamping is MC 59.5, which is the size. There is debate over what the "MC" means. Some say Masi Carlsbad others say Masi California. It does NOT stand for Mario Confente. The fork is built with the Fischer slotted fork crown which was in use at that time, usually appearing with consistency after the first thousand frames and forks were built, which also dates it. The fork crown is chromed, I scratched off a bit of paint to reveal its shine (see photo). The bike has no original decals and has been re- painted using spray paint. It has a brazed on cable stop for the rear derailleur housing and braze-ons for down tube shifters. It also has elegant brake cable guides on the top tube. The Bottom bracket is Italian threaded (36 X 24). The steerer is English threaded (1 X 24).
Now the bad part. The lower head lug was replaced. It does not match the top head lug, which has the classic Masi cut outs and has been filed nicely. The lower (replaced) lug was not really filed much at all. It appears to have been done by someone who knew what they were doing, the repair looks nice and clean. I do not know what happened to require such a repair, maybe a crash? The frame and fork are in alignment and the angle of the head tube looks good. On the drive side chain stay there is also a small dent just behind where the chain rings would reach. All that being said, this is still a really nice frame with all the classic Masi bits of the time, did I mention the elegant scalloped seat stay caps and their delicate attachment?! This bike needs to be brought back to its former glory.
Cost is $400.00 plus shipping and handling which will have to be calculated depending on location. Email at: bikeville@gmail.com with any questions you may have.
SOLD! 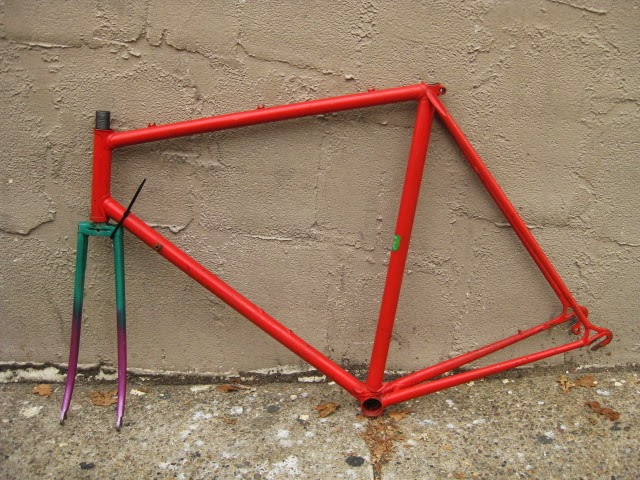 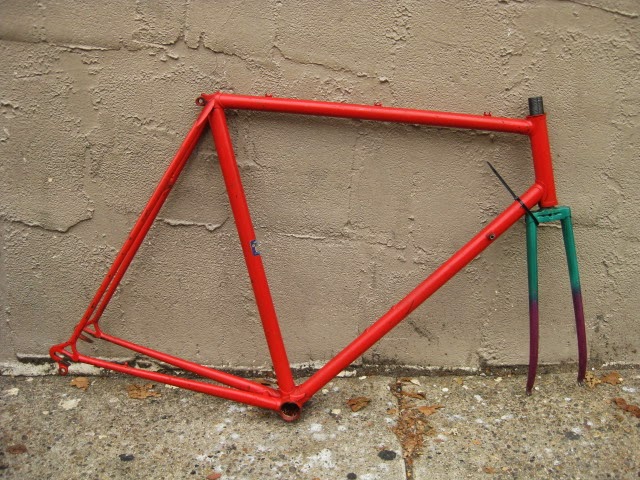 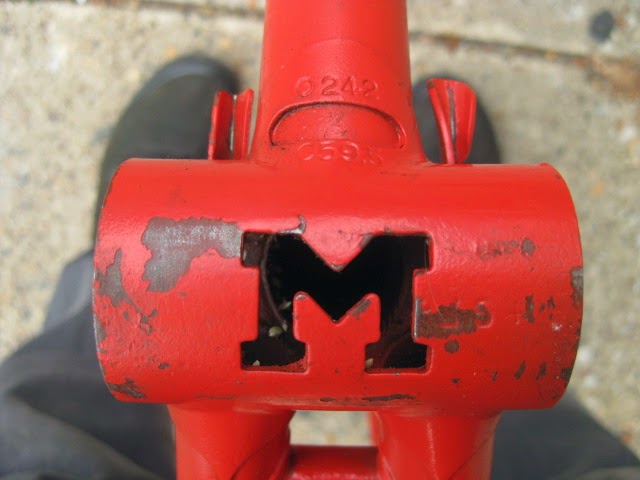 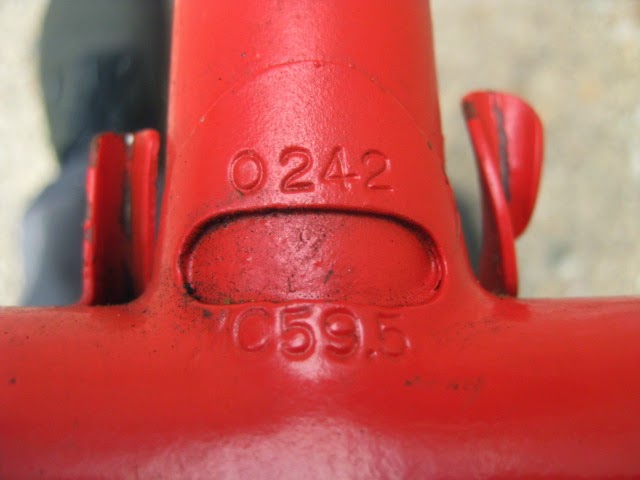 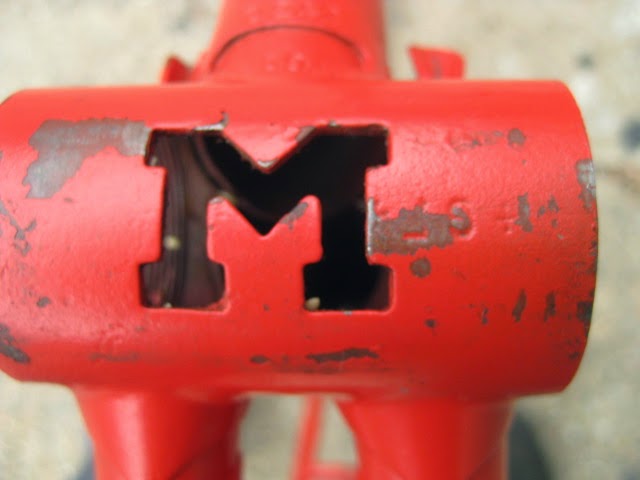 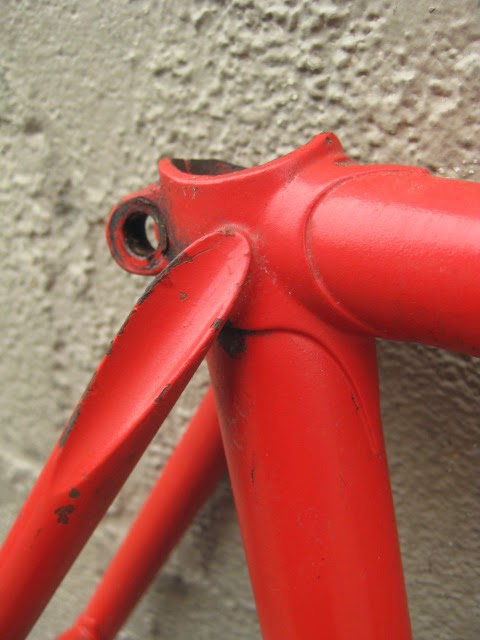 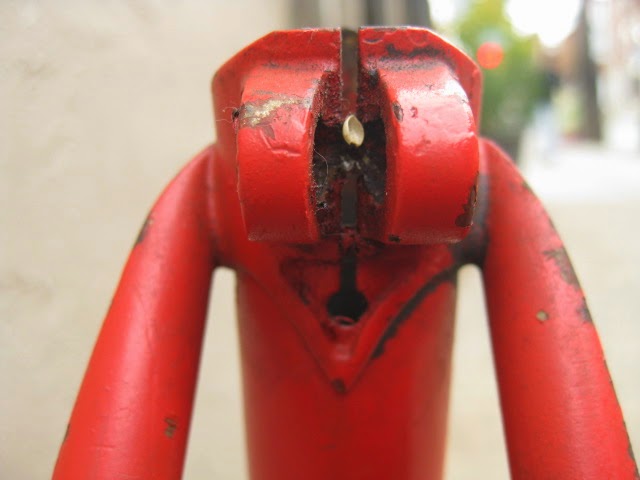 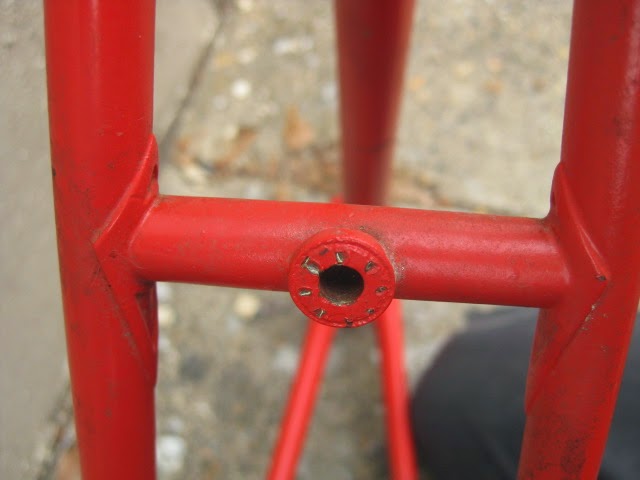 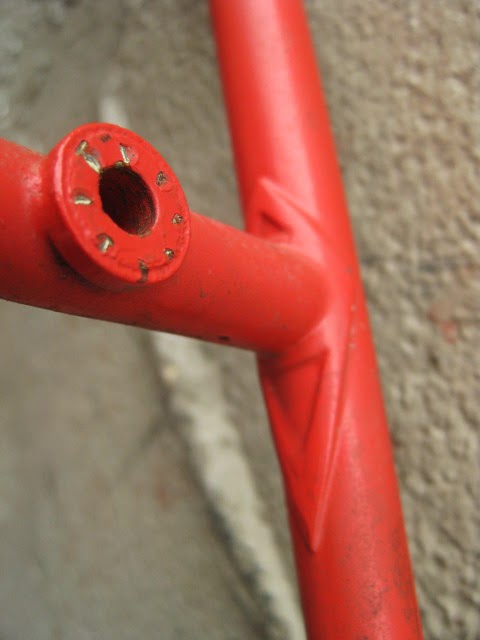 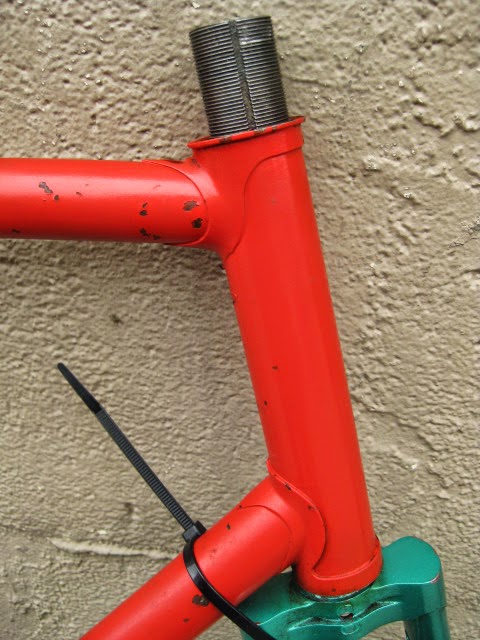 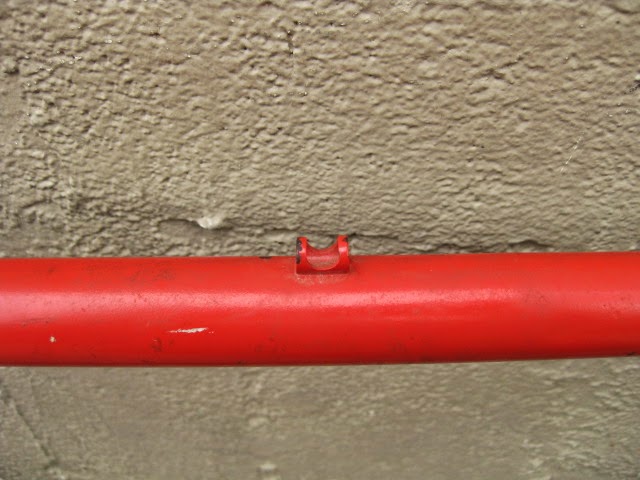 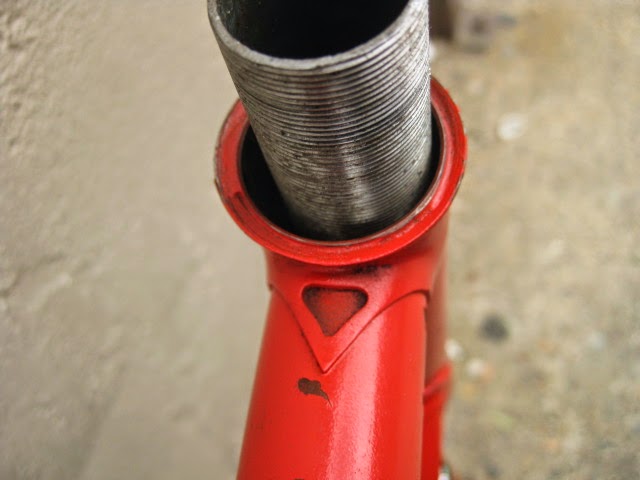 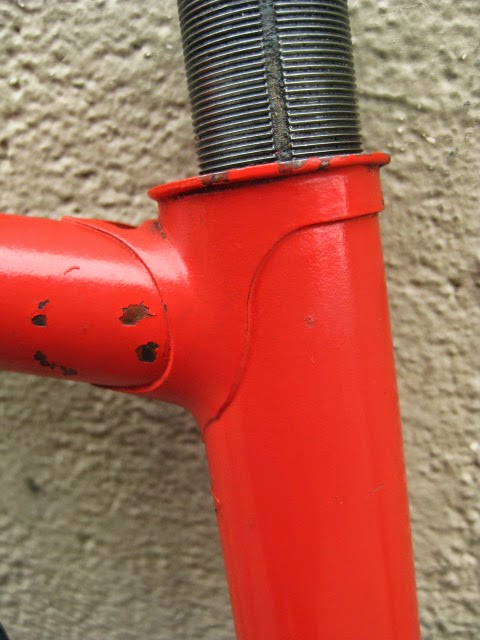 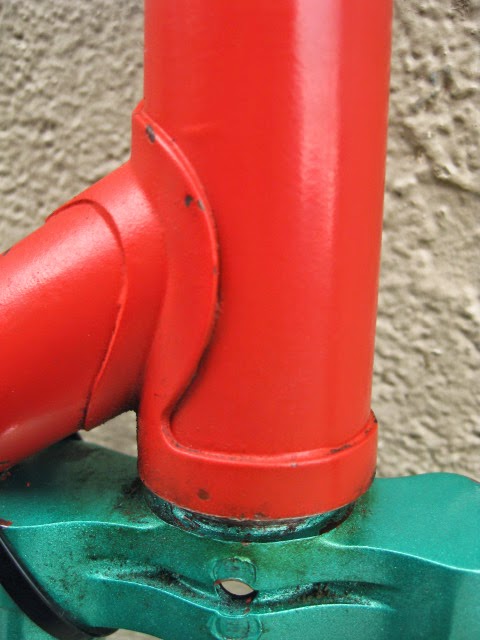 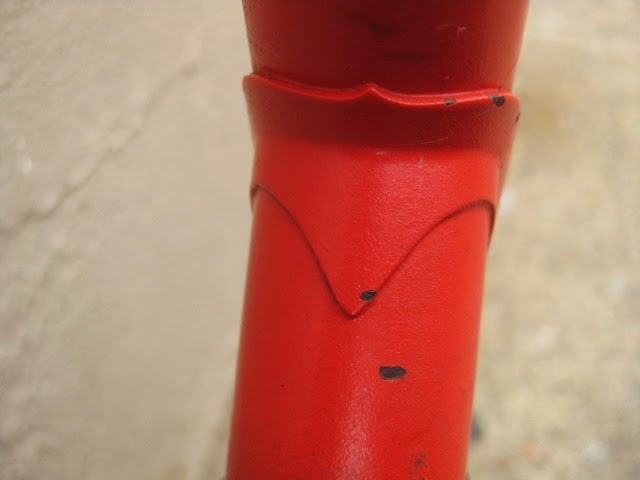 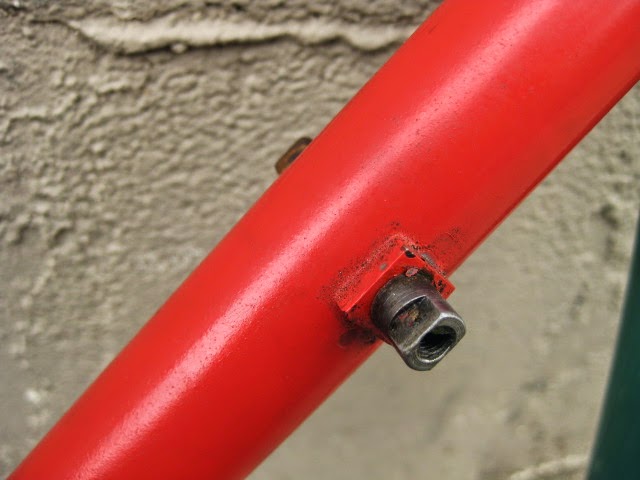 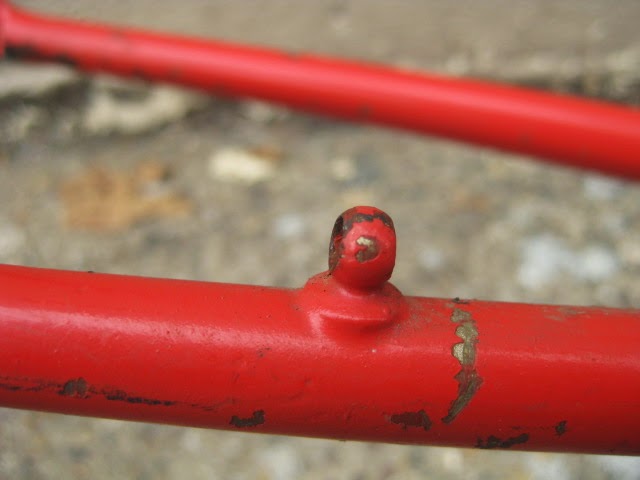 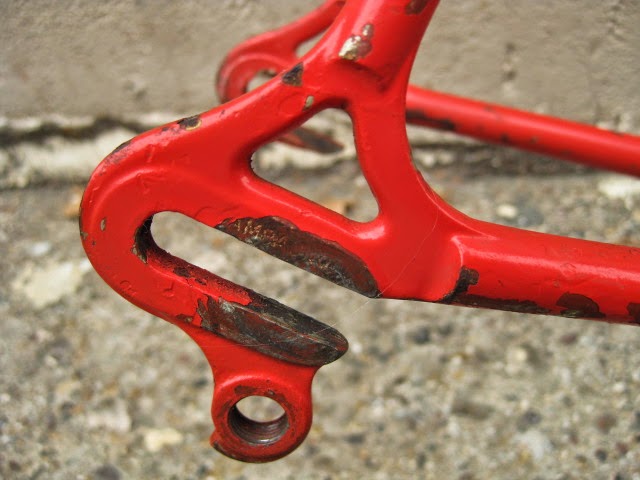 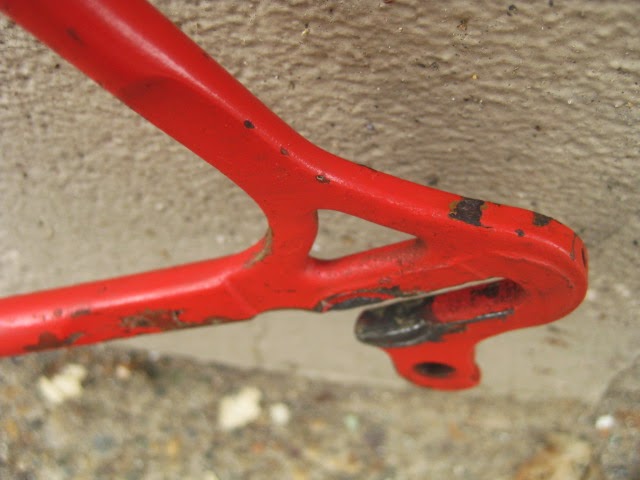 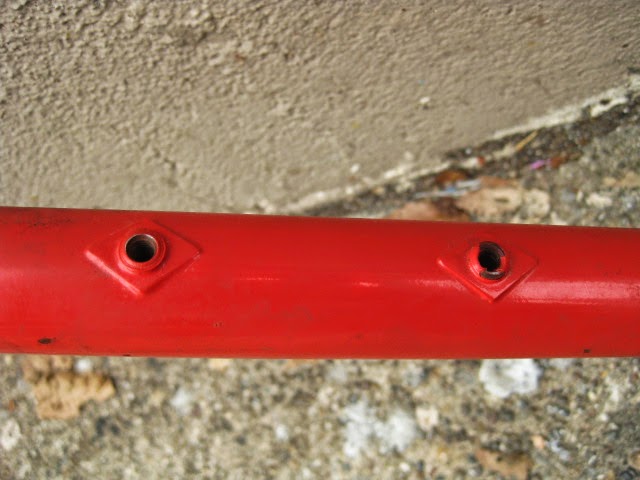 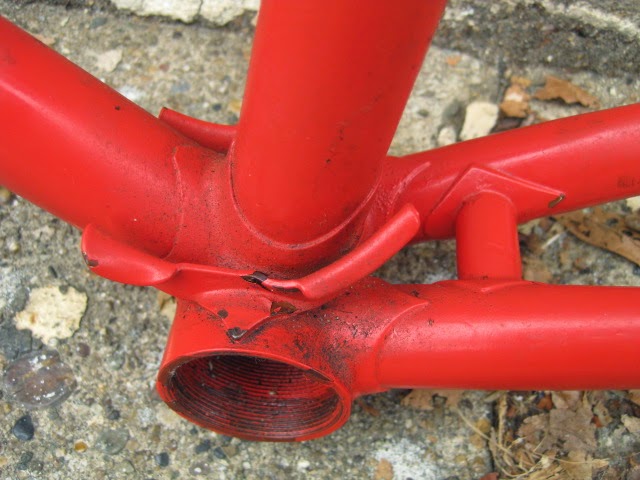 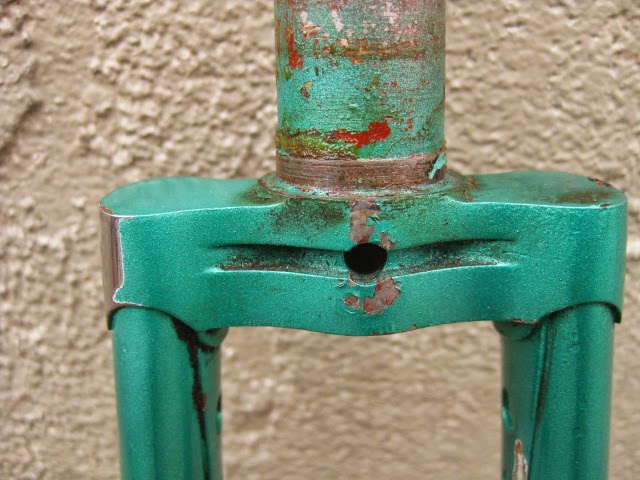 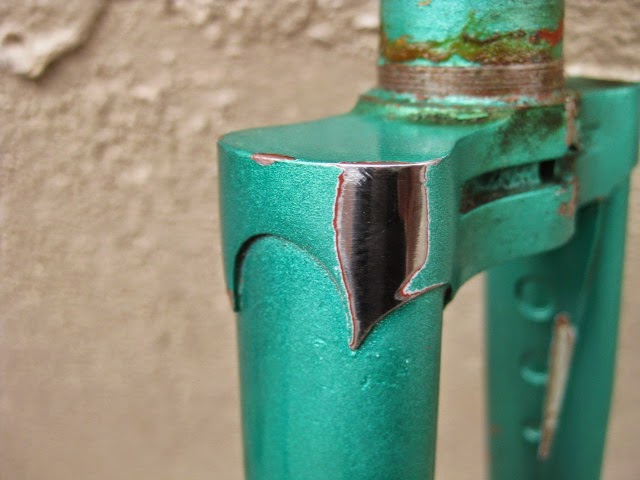 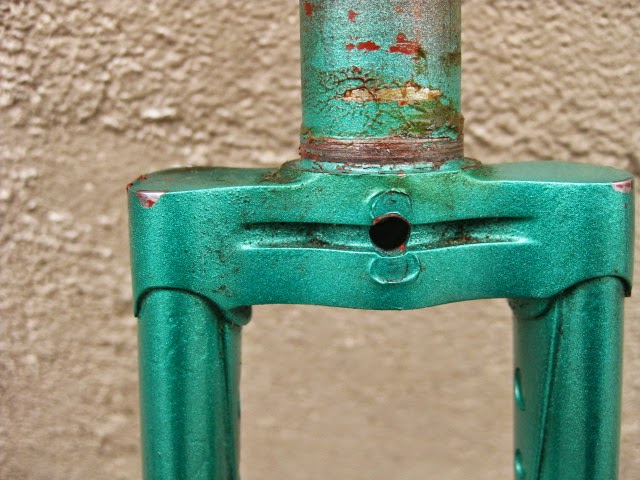 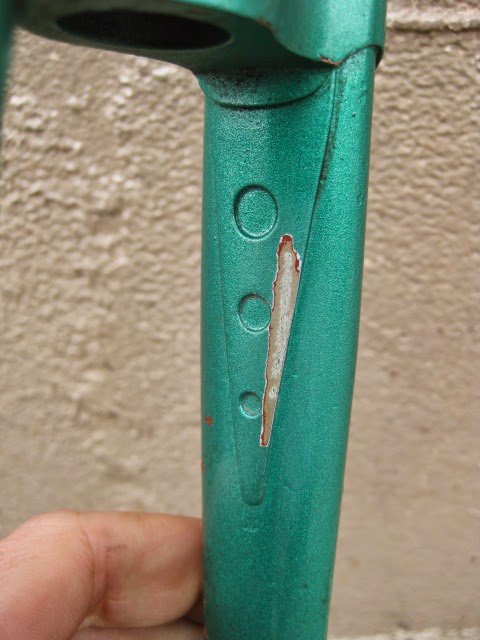 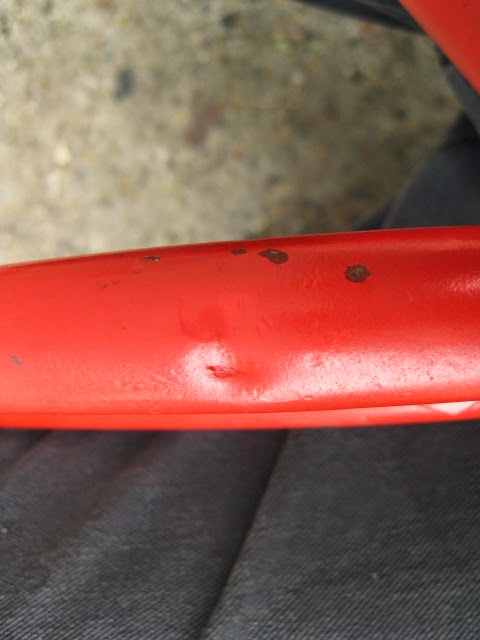 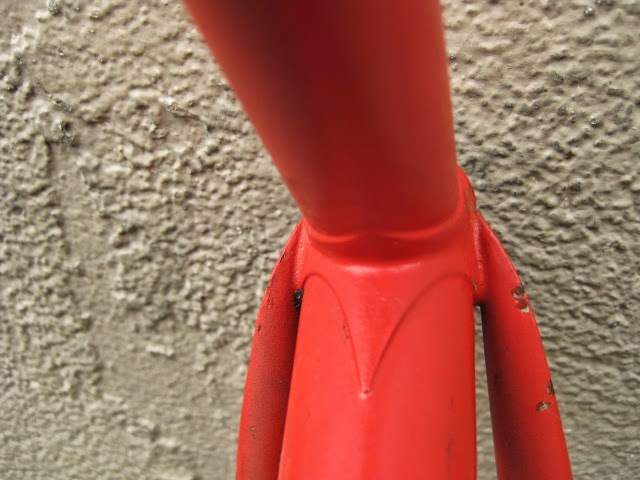 Posted by bikeville at 2:25 PM