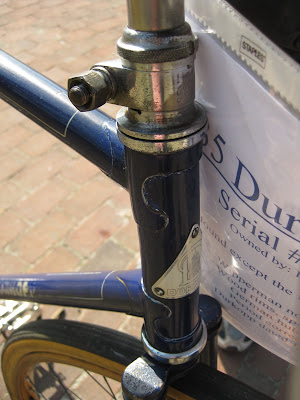 Edward Albert is a fine connoisseur of rare bikes and is a very valuable source of information and experience in cycling history. In fact, he is Vice President of the U.S. Bicycle Hall Of Fame.
He makes it a point to bring a super cool bike to a swap meet with a full write up attached to the bicycle, not only to state why the bike is rare or unique, but to help educate people. He owns the Caminade, the Vampire, the cool six day racer, the Durkopp, and many more super cool bikes. He is an outspoken proponent of collecting with provenance, a history attached to a certain bicycle. He is also currently writing a biography of Dick Power, a New York City frame builder.

I am the first to give credit where credit is due, but also try to balance out anonymity(so the owners are not hassled) and letting readers know the collectors I admire.

ed.- Eddie Albert added about Dick Power- " Mostly (built) bikes for local NY riders. Lots of kids who used them to win National Intermediate Championships and at least one senior Woman's championship (several times). That was Nancy Burghart who, BTW, was inducted into the hall of fame in 2007." 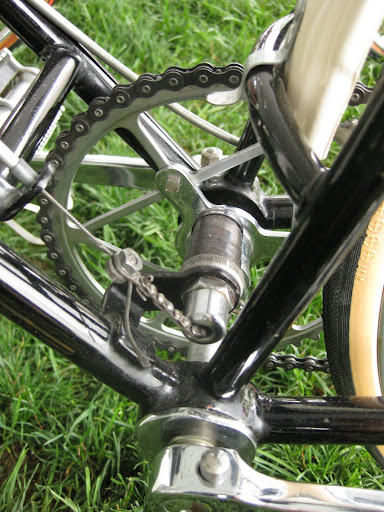 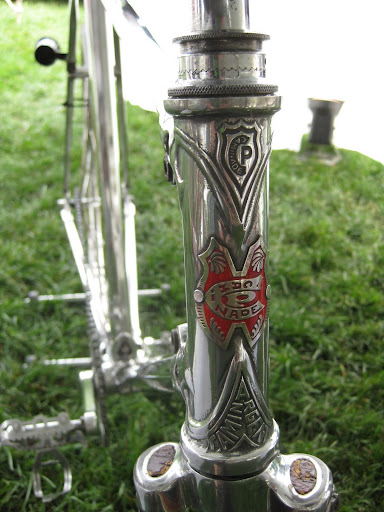 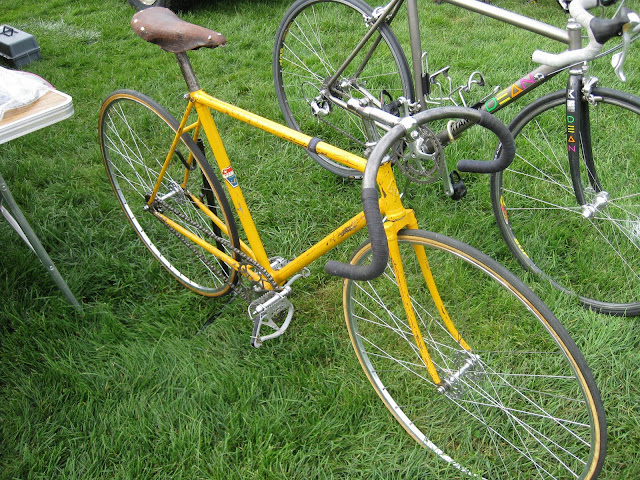 Posted by bikeville at 9:03 AM