I think I may have touched upon this before, but I often find myself taking pictures of bicycle details, rather than the complete bicycle. I guess I am more interested in the parts rather than the whole. I wonder if other people see these bicycles the same.

In looking through my vast collection of bicycle pictures I have, most are just a headlug here, brake hanger there, and not many complete bicycles. I have numerous pictures that I really have to use clues to figure out what the bicycle was that I photographed the seat lug cluster of.

Take this Mario Confente. This bicycle has become the holy grail of late 1970s road bicycle collectors. I have only these five pictures take at Cirque in 2008. I really wished I had more to look at, but only more detailed pictures. Seeing a completely built of bicycle is great, just look at the post from yesterday of Nick's Medici, but I really like the bits and bobs that go into it. 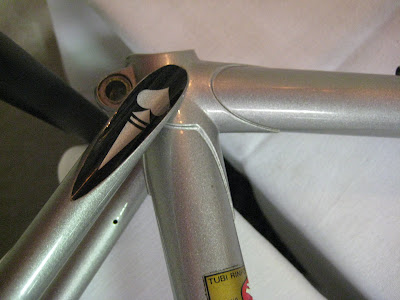 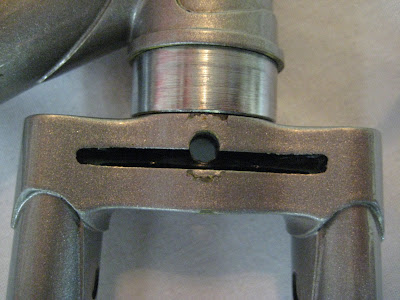 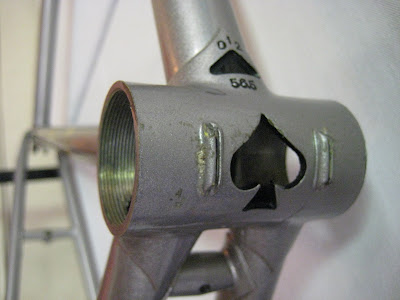 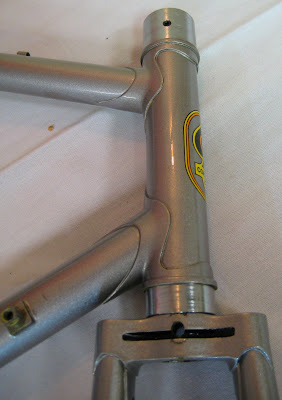 Posted by bikeville at 7:11 AM